Hoda Kotb‘s daughter was front and center on social media, in a post which caused a stir with fans.

The Today host’s oldest child, Haley, had taken a selfie and the close up showed her sporting bright pink glasses and the broadest of grins.

Her eyewear was perched on the end of her nose and she looked adorable. Hoda shared the image on Instagram, but her social media followers were convinced that Haley had somehow posted it herself.

WATCH: Hoda Kotb’s family life – all we know so far

“I am wondering if she stole your phone,” wrote one, while another added: “I bet she posted this herself. Adorable.”

Others gushed about how sweet she is and wished Hoda and her daughters a very happy Christmas.

Hoda opened up to HELLO! in an exclusive interview and revealed her family plans and how she’ll navigate the girls spending time with their dad, Joel Schiffman.

She said that she and her ex will split their time with Hope and Haley, making sure it’ll be magical.

“My mom and sister and the rest of the family are coming, so we will divide,” she said.

MOST READ: What is wrong with Al Roker? The Today star’s alarming health battle revealed 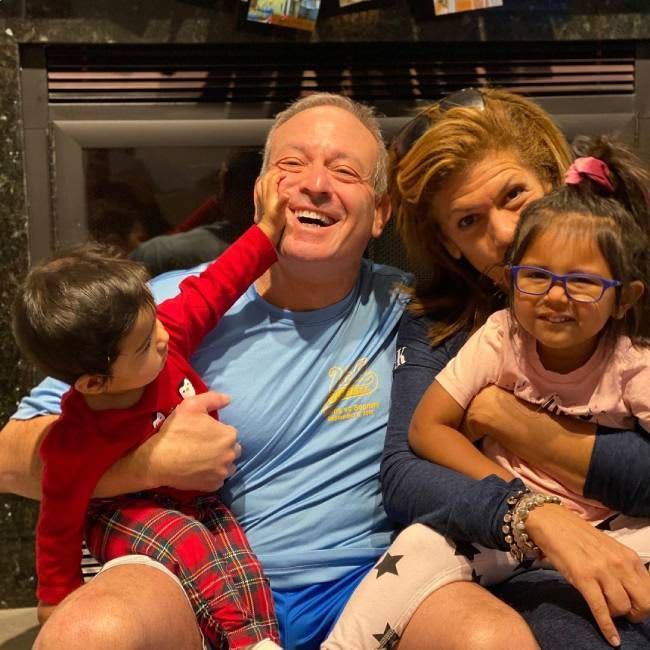 And Hoda confessed there will be added excitement this year! “They’re gonna be super happy to get two Christmases. They’ll be like ‘What? What is this?’ But we have a really nice situation set up.”
She adores spending Christmas in New York and said there’s no place she’d rather be at this time of the year.

“I mean Christmas in New York City – no shade to any other city – but Christmas here is spectacular,” she added. “You can’t get this feeling anywhere else. So when I see people who have made the trek to come here and get to see this tree lighting in person, it’s really something.”