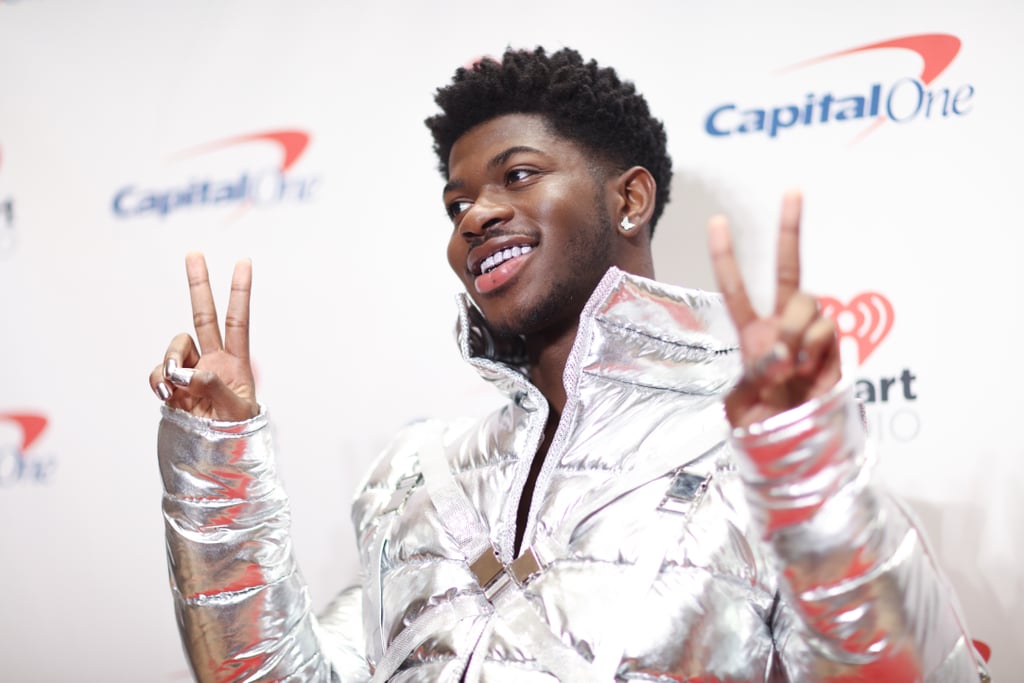 Though summer is soon coming to a close, the chrome-nails trend remains just as popular as ever. Lil Nas X recently experimented with the look himself, showing off his new manicure while drinking a matcha latte on his Instagram Stories on Sunday. The “Montero” musician opted for an iridescent green with a mirrored, reflective finish in a short, square shape.

As celebrity manicurist Julie Kandalec told POPSUGAR in April, you can get any color in a chrome finish, so it’s likely Lil Nas X chose a dark-green polish, which was topped with a chrome powder. Chrome nails have been quite the rage this summer, with stars like Zoey Deutch, Demi Lovato, and Halle Bailey taking the trend for a spin, though most have opted for more traditional metallic silvers, golds, and rose golds or in glazed-doughnut form.

Lil Nas X is no stranger to a standout nail moment. The artist, who temporarily went blond in June, has previously worn a sparkly diamond manicure worth $30,000 and gold “Versace” chrome nails to last year’s Met Gala. Ahead, get a closer look at his latest nail look.