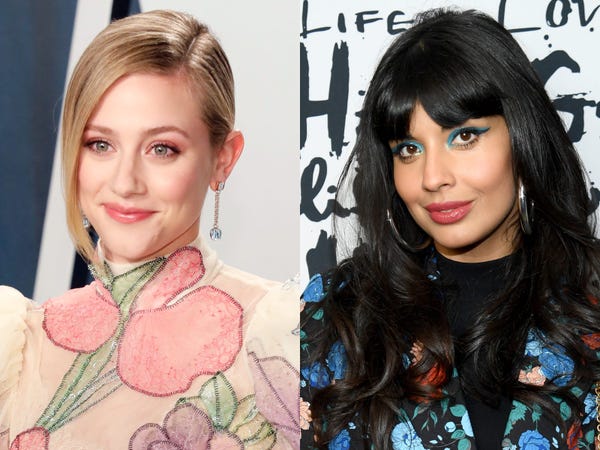 Since they live in the public eye, some celebrities feel they not only have to come out to their friends and family but also to their fans.

To do so, they often turn to social media or news outlets to announce that they identify as LGBTQ  — this year, stars like Lili Reinhart and Jameela Jamil have done just that.

From famous actors to YouTube celebrities, here are 13 celebrities who have come out so far this year.

In September, Niecy Nash introduced the world to her new wife, Jessica Betts. 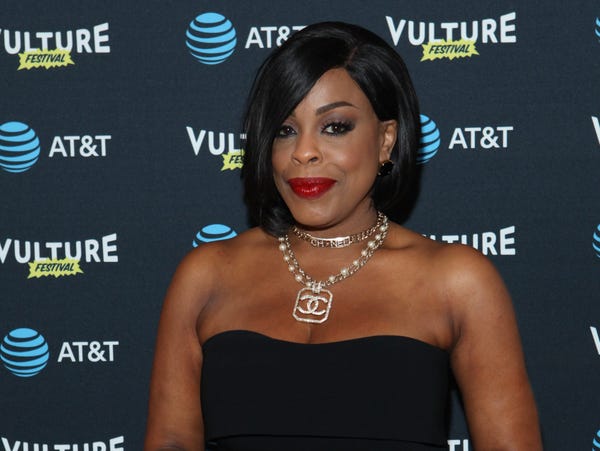 Nash surprised her fans when she announced she married Jessica Betts a few months after divorcing her ex-husband, Jay Tucker. Nash and Betts met on social media five years ago and became friends. Nash told People that after her divorce, their relationship transformed into something else.

"I don't feel like my marriage is my coming out of anywhere, but rather a going into myself and being honest about who I love," the "Claws" actress told People. "And I'm not limiting myself on what that love is supposed to look like."

After parting ways with her "Riverdale" co-star, Lili Reinhart came out as bisexual in June. 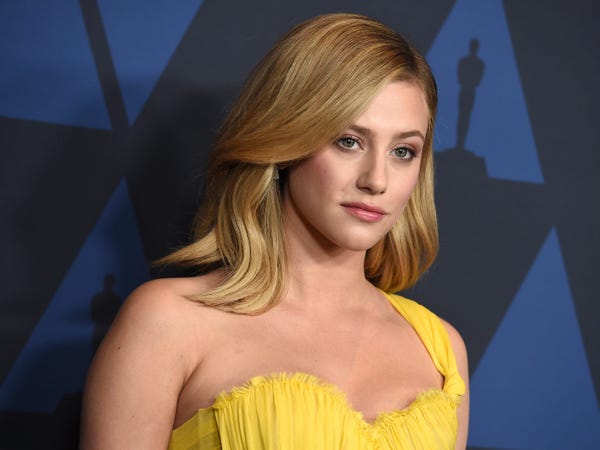 Reinhart took to social media to show her support for the Black Lives Matter movement and announced she was bisexual.

"Although I've never announced it publicly before, I am a proud bisexual woman," she wrote on her Instagram story, just after breaking up with Cole Sprouse, according to E! News.

The actress told Flaunt magazine in August that she was initially hesitant to come out because she worried people would think she did it for attention.

"I knew full well that I was attracted to women from a young age," Reinhart told the publication. "I felt that since I've exclusively been in heteronormative relationships, it would be too easy for any outsider, especially the media, to vilify me and accuse me of faking it to get attention. That's not something I wanted to deal with. But to my close friends, and those in my life, my bisexuality has been no secret." 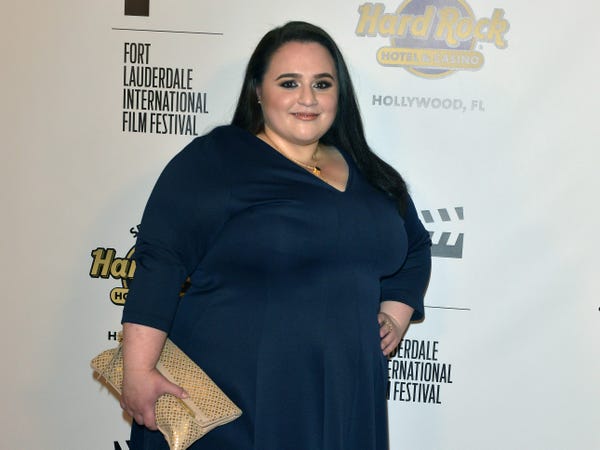 Blonsky took to TikTok to announce her coming out. The video she uploaded shows her lying on the grass, while Diana Ross' "I'm Coming Out" plays in the background. The video ends with the actress dancing around in the grass.

She captioned the video, "Hi, it's Nikki Blonsky from the movie I'm Gay."

A few days later, she told The Hollywood Reporter, "The LGBTQIA community has embraced me since the moment I got 'Hairspray.' They welcomed me with open arms and I felt so a part of the community already. For me, it was a long time coming. I was wanting to date women and it just was a moment in my life where I was finally just really ready to be myself."

During Pride Month in June, YouTube star Tana Mongeau said she is pansexual. 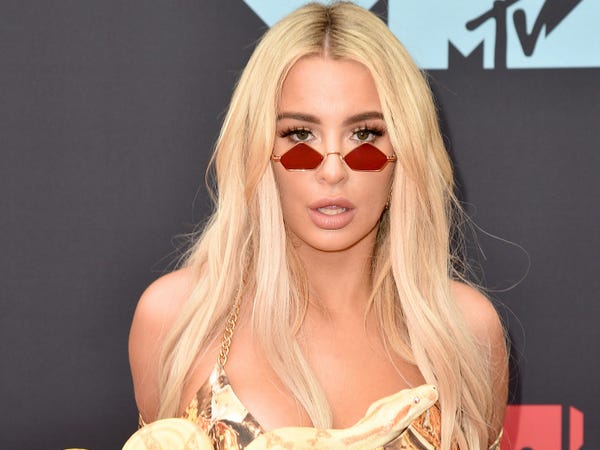 To honor Pride Month, Mongeau took to Instagram to talk about her sexuality amid rumors that she was dating Noah Cyrus, according to Seventeen.

"I never thought I'd be brave enough to publicly share my sexuality in the way I do now," she wrote on Instagram. "I still struggle with it. I hate the boxes, I hate people telling me I'm straight or discrediting my relationship if I'm with a girl, but I'm proud to be not only a member but an ally of the LGBTQIA+ community, and I'm proud to say I will live my life based on loving people, not for their gender but their soul. Some people call that pansexuality, everyone calls me bi, I personally don't find a need to label it all. Love and sexuality is [sic] genderless to me."

"Grey's Anatomy" actress Chyler Leigh announced she is part of the LGBTQ community during Pride Month. 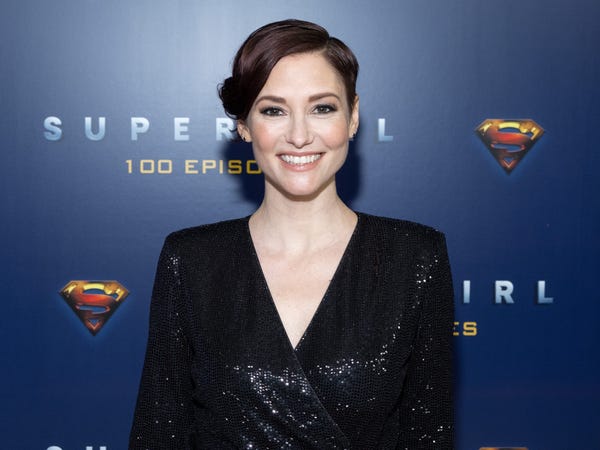 When Leigh's character on "Supergirl" came out as a lesbian, it sparked a similar journey of self-discovery within the actress.

"When I was told that my character was to come out in season two, a flurry of thoughts and emotions flew through and around me because of the responsibility I personally felt to authentically represent Alex's journey," Leigh wrote in a post on Create Change, according to Out. "What I didn't realize was how the scene where she finally confessed her truth would leap off the pages of the script and genuinely become a variation of my own."

The actress went on to write, "From the director, the press, the media, the cast, and the fans, I'm still told that it was the most realistic coming out scene they'd ever witnessed. And to steal from Alex's words, that's because there's some truth to what she said about me."

Leigh, who is married to actor Nathan West, didn't choose a specific label in the post. 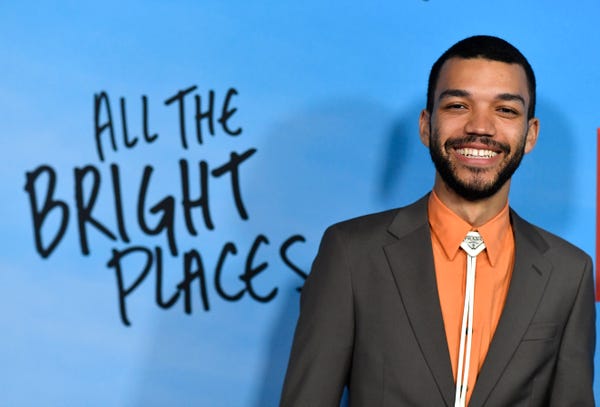 After peacefully protesting in New Orleans, Smith took to Instagram to talk about the importance of fighting for black queer people, coming out in the process.

"As a Black queer man myself, I was disappointed to see certain people eager to say Black Lives Matter, but hold their tongue when Trans/Queer was added," Smith wrote in the post from June. "I want to reiterate this sentiment. If your revolution does not include Black Queer voices, it is anti-Black."

The voice actor behind Disney's "Moana," Auli'i Cravalho, came out as bisexual in April. 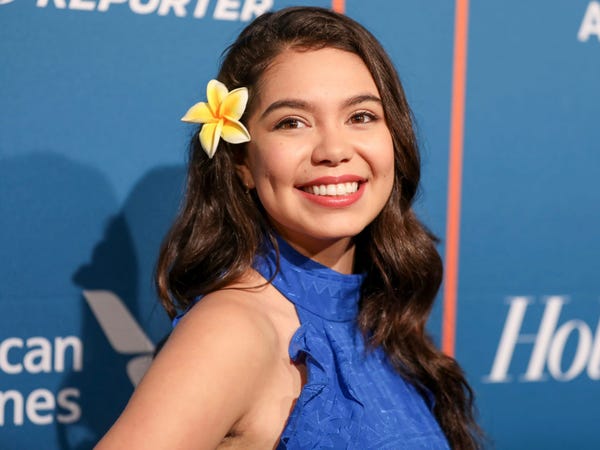 Cravalho posted a video of herself on TikTok, lip-syncing to Eminem's "Those Kinda Nights." In the video, you can see the voice actress say, "Seriously though, jokes aside, how you doin? You straight?/ She said, 'No, I'm bi.'"

Following the video, a Twitter user asked, "Do you like girls," and the actress wrote, "If I may escort you to my TikTok," according to E! News.

Viral internet sensation Rebecca Black revealed she is queer while on a podcast in April. 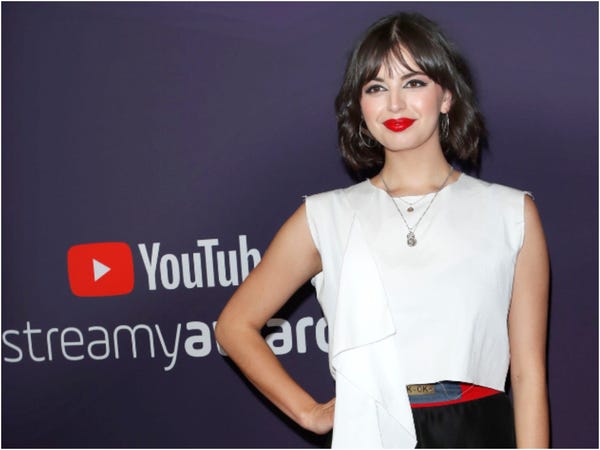 Most people remember Black from her viral music video "Friday" in 2011, but now she is rebranding as a social media star with new music. She made headlines this year when she went on the "Dating Straight" podcast back in April and revealed that she identifies as queer.

"To me, the word 'queer' feels really nice," she told the hosts, Page Six reported. "I've dated a lot of different types of people, and I just don't really know what the future holds. Some days I feel little more on the gay side than others."

This year, she followed the announcement up with an interview with Gay Times where she explained the relief she felt after coming out.

"I wouldn't call it tough, but I think for me the hardest part was probably that I was always trying to find the right time, and what I realized is that there's never really a right time, and I would never have thought that this would even happen now, but I am really happy that it is happening," the singer told Gay Times. "Everybody talks about that sense of relief and I had no idea what that would feel like, but they're right, and I'm so happy to be finally able to talk about it."

In February, Rosario Dawson came out during a media interview. 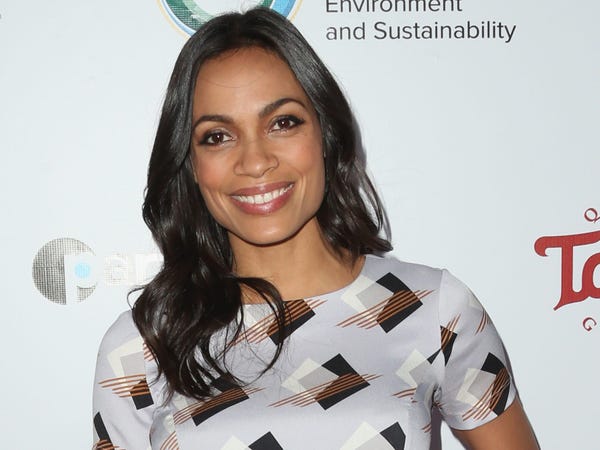 During an interview with Bustle, Dawson was asked about a video from 2018 where she called out "fellow LGBTQ+ homies."

"People kept saying that I [came out] … I didn't do that," she told Bustle. "I mean, it's not inaccurate, but I never did come out come out. I mean, I guess I am now."

Dawson did not explain how she identifies, but she is in a relationship with Senator Cory Booker.

Jameela Jamil came out as queer in February after she received backlash over her new show. 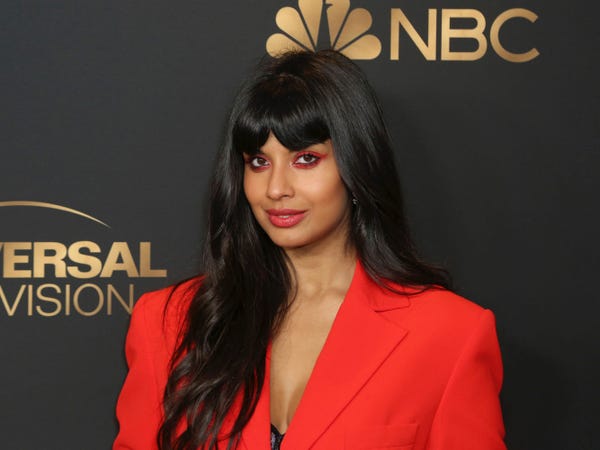 Earlier this year, it was announced that Jamil would judge a voguing competition show. Voguing is a dance art form that is popular among the LGBTQ community. The announcement was met with outrage, with some people saying she had no ties to the dance or the community, so she shouldn't be allowed to judge.

Jamil responded with a statement in which she came out as queer.

"I was scared of the pain of being accused of performative bandwagon jumping, over something that caused me a lot of confusion, fear, and turmoil when I was a kid," she said, according to The Guardian. "I know that my being queer doesn't qualify me as ballroom. But I have privilege and power and a large following to bring to this show … sometimes it takes those with more power to help a show get off the ground so we can elevate marginalized stars that deserve the limelight and give them a chance."

"The Flash's" Rick Cosnett announced he is gay in an Instagram video in February. 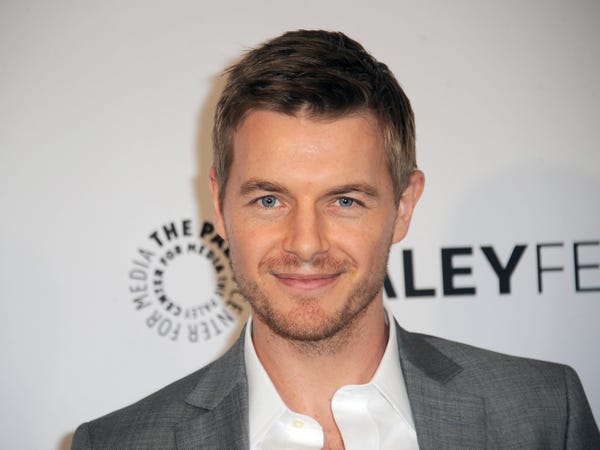 Beauty YouTuber Nikkie de Jager revealed she is transgender in January after she was blackmailed. 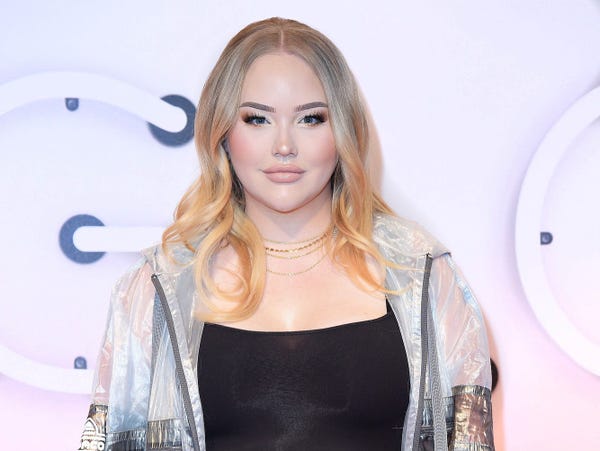 After 11 years on YouTube, de Jager built a large following and collaborated with a number of big-name celebrities. But earlier this year, the beauty blogger uploaded a video titled "I'm Coming Out."

"I'm saying this today to all of you for the entire world to see, but damn, it feels good to finally do it. It is time to let go and be truly free," she says in the video. "When I was younger, I was born in the wrong body, which means that I am transgender."

Later in the video, she says that people were trying to blackmail her and planned to reveal the news to the media.

"So to the people who tried to blackmail me and thought they could really mess up my life with that, this one's for you," she says.

Comedic actor DJ Qualls took to Twitter in January to tell his fans he is gay. 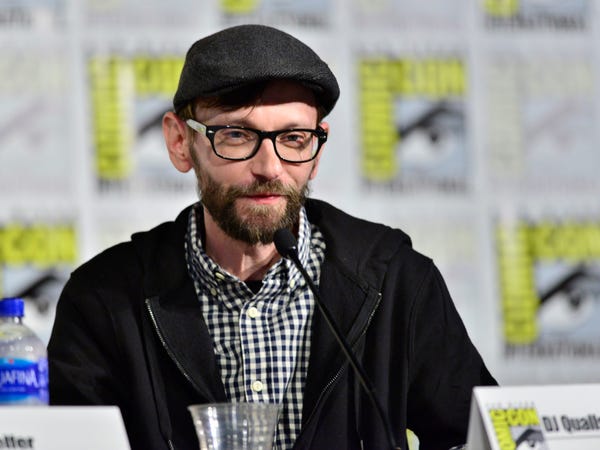