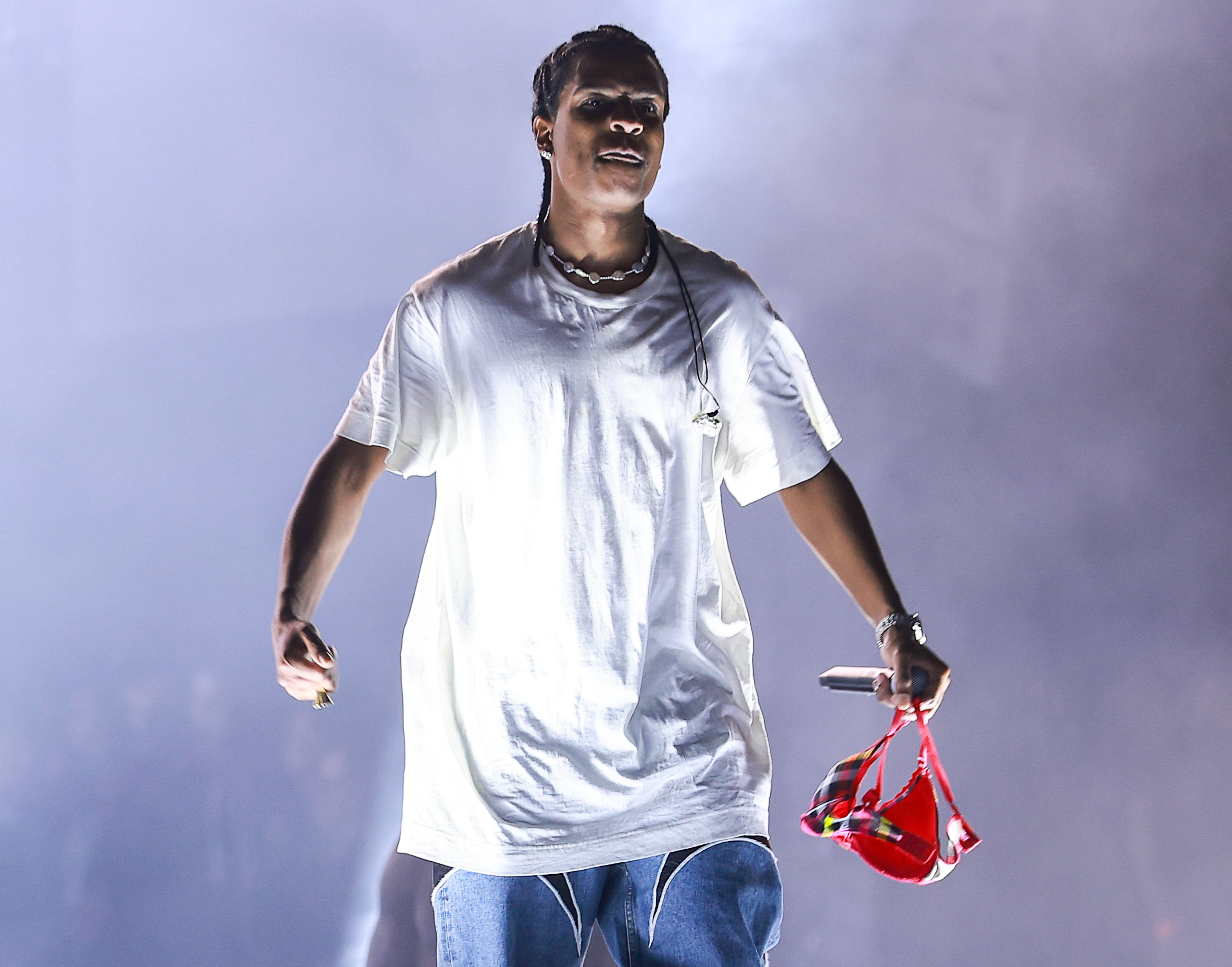 A$AP Rocky has apologised to his fans after his performance at Rolling Loud was cut short, stating he takes ‘full responsibility’.

The Everyday rapper was the headlining act at the New York based event on Saturday night and appeared in front of fans on the Fashion Nova Stage until his microphone was cut off.

Although A$AP was pictured looking smitten leaving the festival with his girlfriend Rihanna, who is headlining the Super Bowl Halftime Show 2023, he expressed ‘hurt’ at not being able to bring his ‘vision’ to his gig.

The artist, real name Rakim Mayers, shared a statement on social media, that read: ‘I am so hurt right now! Last was supposed to be a turning point in my live shows from the old to new!

The statement continued: ‘I also want to acknowledge that even tho I prepared the best show for my fans, detail for detail, over the course of MONTHS…

‘I was unfortunately not able to bring my vision to fruition and I’m hurt about that and I want to apologise to all my fans and continued supporters, and thank ya’ll for showing up for me regardless!!’

Shortly before his performance at Rolling Loud, A$AP announced he will no longer do live performances until the release of his next album.

A$AP last released a studio album in 2018, with Testing, but it seems like fans won’t have to wait too much longer for new music.

In May, he told Dazed: ‘I’m wrapping up the new album now. I’ve been shooting so many visuals for it. I don’t want to be cliche or sound like a salesman, but I’ve pushed myself to the limit on everything.

‘Going from that industrial, subversive sound from Testing and then graduating with a more polished sound…I just like where it is.’