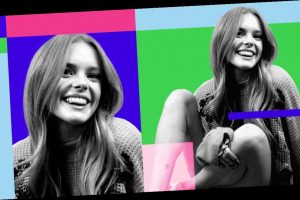 It turns out playing magical beings on TV can keep you pretty grounded. At least, that’s the case for Fate: The Winx Saga star Abigail Cowen. After playing teen witch Dorcas on Chilling Adventures of Sabrina, she’s now leading Netflix’s live-action adaptation of the beloved kids’ cartoon, Winx Club. But while her character Bloom may be one of the most powerful fairies in the Otherworld, Cowen was actually pretty nervous to step into the role.

"It was a huge shock to me to find out that I was even cast and trusted with this role," Cowen tells Elite Daily. "I was terrified. It’s such a huge level of responsibility and a lot of fans of the original are, as they should be, hoping for their Bloom they grew up with. So I definitely took it very seriously and I knew the level of responsibility that I was given. And yeah, I hoped for the best."

While Cowen says it was "an honor" to star in this mature, dramatic take on the sparkly cartoon, she knows some fans of the original Winx have qualms with the Netflix adaptation. Chief among the concerns is the overall aesthetic of the show. Where Winx Club was splashed with bright colors and funky outfits, Fate: The Winx Saga is dark, with the teen fairies wearing pretty standard (yet still cute!) clothes.

"I can totally understand why people who were such huge fans of the original would be a little bit taken aback by our adaptation, because yeah, it is different and it doesn’t have those elements to it," Cowen says. However, she doesn’t think this tonal and sartorial shift is such a bad thing. "I like to remind people that this is an adaptation and we wanted to bring a new sense of realness to it. If we were walking around in those outfits, looking that perfect, the way that the cartoon does… I mean yeah, they look great in the cartoon, but that’s also a cartoon."

In keeping with her "keeping it real" mindset, Cowen is all about showing her *real* self on social media. The photos below are proof of that.

This interview has been edited and condensed for clarity.

Behind The Scenes Of Fate: The Winx Saga 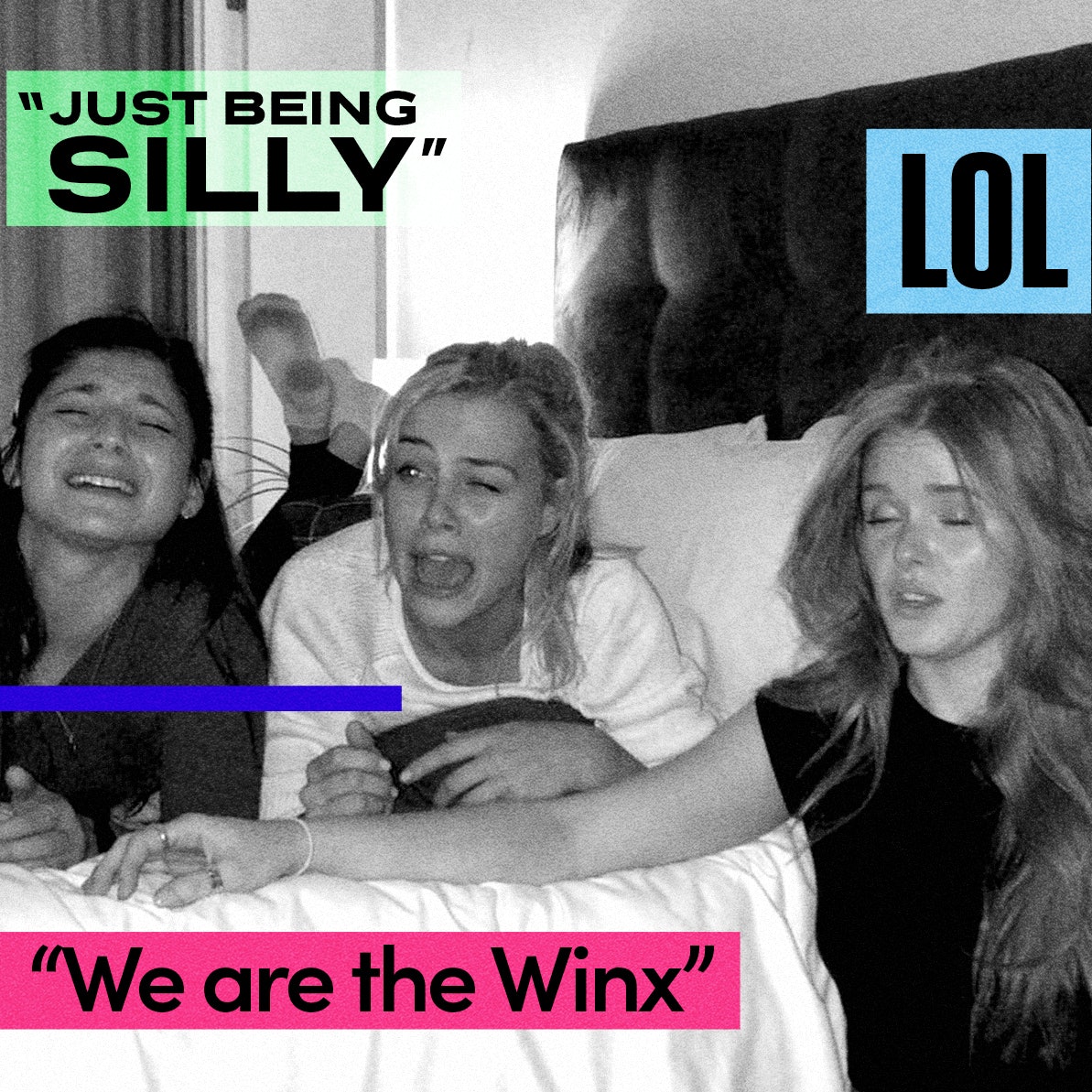 Elite Daily: When and where was this photo of you, Hannah van der Westhuysen, and Elisha Applebaum taken?

Abigail Cowen: I think it was my third night in Ireland. It was our first major hangout and we all were just being silly. I think it was at [Precious Mustapha’s] apartment.

ED: What was it like getting to know your Fate co-stars?

AC: We hit it off immediately. I mean, you can see. This was literally our third night together. It was like we had known each other for so long. It was just immediate. We all went over to each other’s places. We were all in very close quarters, so we would always just be at each other’s apartments. It was a very easy connection to say the least. We got very lucky.

ED: What exactly is going on behind the scenes to cause the faces you all are making in this photo?

AC: You know how you wrap up a towel and you can snap it at someone? I think Sadie [Soverall] was doing that to Precious and we were just dying laughing at the way Precious was reacting.

We were joking about, when this show comes out, just saying like, this [photo] could be the cover for it because this is the reality of our lives. Just [this] picture compared to the cartoon where they’re these cute little perfect girls. It was like, "Why were we cast? Look at us."

ED: I love how your Instagram is a mix of ultra-glamorous shots and silly candids like this. What’s your philosophy when it comes to posting on social media?

AC: I don’t think it really registers with me that a certain amount of people are seeing these photos I’m posting. I just don’t even really think about it.

I think a big part of [it] too is, it’s important to show every aspect of your life if you’re going to share a lot of it. So often, social media is so fake and we just show the good, or we just show when we look our best. I worry for young people scrolling through Instagram and aspiring to look a certain way or to have a certain life, when in reality, it’s not even real.

The Many Heads Of Abigail Cowen 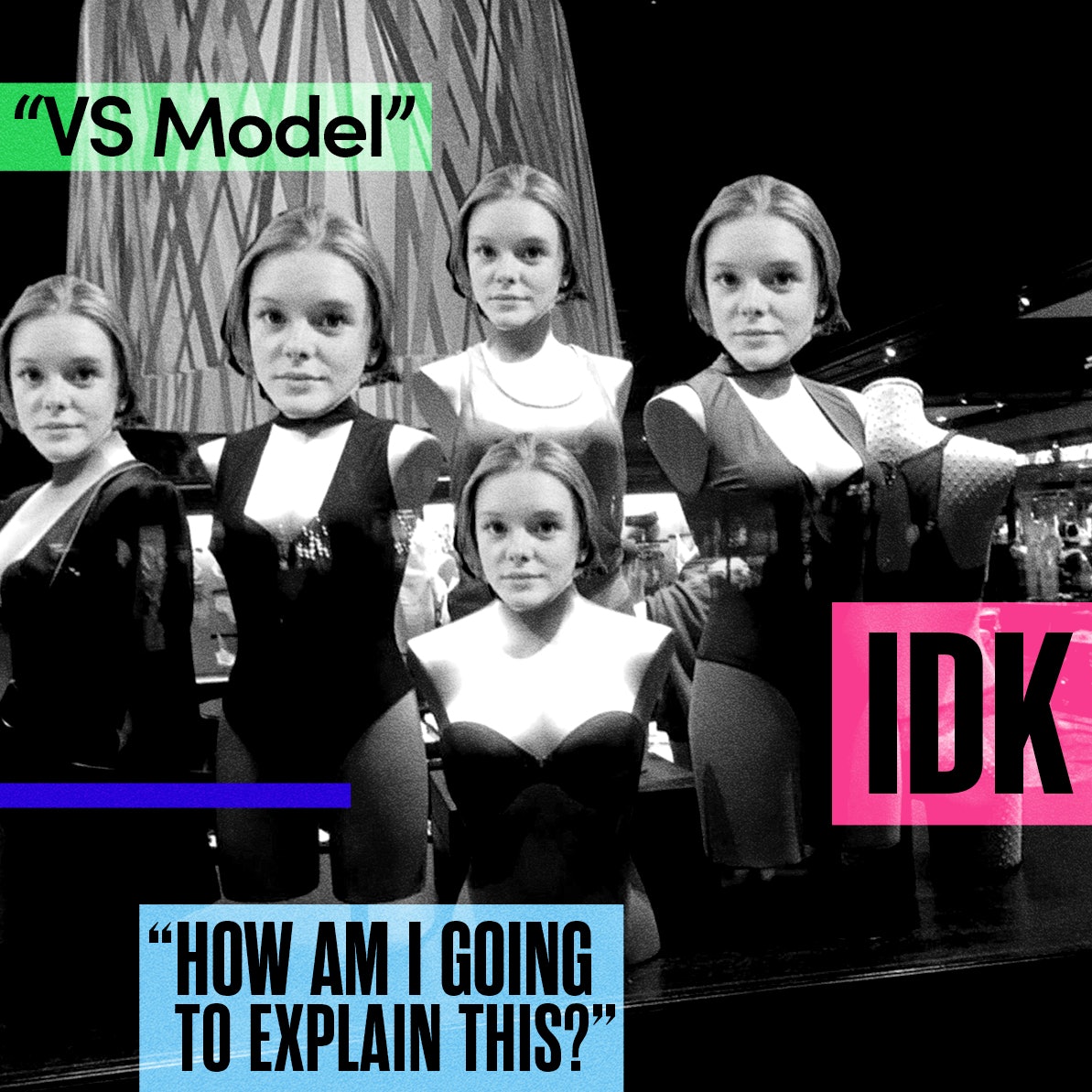 ED: What exactly is going on here?

AC: Good question. Honestly, I saw [this photo] and I was like, "Oh god, how am I going to explain this?" because genuinely, in these moments, I don’t know. [My Chilling Adventures of Sabrina co-star Chance Perdomo] got into this phase of editing my face onto everything on Snapchat. I didn’t even know that was possible, but I think you can somehow edit something out of a photo and save it as a sticker or something, and then you can put it anywhere.

ED: How did that start?

AC: I was in Victoria’s Secret, looking for… I don’t even know. And he happened to be in there and he had taken [this] picture of me just randomly. And he took my face and put it on a video of a Victoria’s Secret model. I actually tried to send it to someone or something and it accidentally posted on my Instagram. I was like, "Oh, I did not mean to post that." But I just went along with it. I’ve actually never told anyone that. But then it just escalated from there. He just started editing my face onto everything.

ED: Now that Chilling Adventures of Sabrina is over, do you still keep in touch with your co-stars?

AC: We’ll always be in touch. We’re such good friends and we all know that we’ll be in each other’s lives forever. I definitely get emotional thinking about it. They became family, truly. They were the first true cast I was a part of where I would be in almost every episode. I think that was a first for me and a first for a lot of us, so it was a very bonding experience.

The same goes for the Fate cast, too. I was just telling them, like, "Get ready. When this whole journey is over, it’s going to be probably one of the most emotional things in your life." 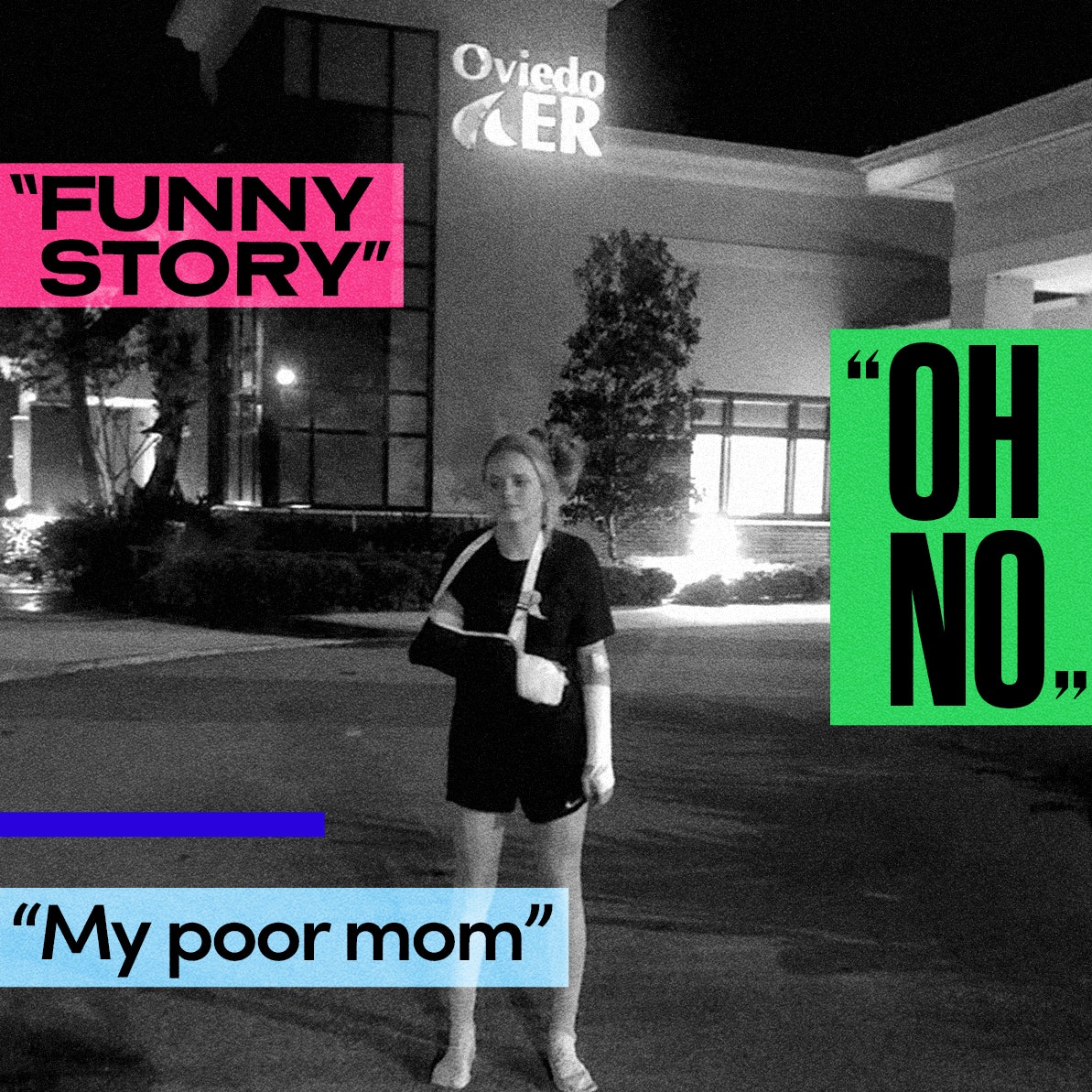 AC: This was taken in my hometown, in front of the emergency room after I had been in there for three hours getting my right wrist reset and then getting my left wrist put in a brace.

ED: How’d you manage to get two broken wrists?

AC: We fight about this — my brother, still to this day, [says], "I did not dare you. You dared yourself." But both are true. I got dared, and I dared myself, to jump over a campfire. I’m a very competitive person and I used to do hurdles in high school for the track team and for some reason, at 22 years old, I think that I still can, which is not true at all.

I was around a campfire with friends and we were all talking about who’s better at what and I was like, "Well, watch me, I’ll jump over this campfire." And they’re like, "No, maybe you shouldn’t." And I was like, "No, watch. I’ll do it. It’s easy." So I jumped and I landed it and no one was impressed. So I was like, "Did you see? I did it." And my brother kind of egged me on. He was like, "No, no. I didn’t see it. Do it again."

I did it another four times and then on the fifth time, I did a running jump and got over the fire, but then I guess my legs buckled underneath me and I literally landed on both of my wrists.

ED: Then what happened?

AC: Everyone was just silent. They’re like, "Oh no." I sat up and I held up both my wrists and I was like, "Well, I think I broke my wrist," and my wrist was completely out of place. It was in the shape of an S. And [my brother] picked me up, put me in his car, and we drove straight to the ER. I spent the next three hours in the emergency room getting my wrist reset and then I had to have surgery the next day. I was in two casts for like two months.

ED: What were the hardest things to do with the casts?

AC: Literally everything. My poor mom really had to do everything for me. She had to feed me, she had to bathe me. I mean, you can imagine.

ED: I am so sorry this happened to you. I’m only laughing because you’re OK now.

AC: Honestly, I’m not sorry because I did it to myself, quite honestly. It is a funny story. It’s one to remember, for sure, and it is something that everyone in my life was like, "Of course you would do this." Even on the night that I did it, they were just cracking up because this is totally stuff that I do.

In Elite Daily’s I Can Explain… series, we’re asking celebrities to revisit their most memorable photos and tell us what really went down behind the scenes. Read more here.