Adam Levine and Behati Prinsloo look like they’ve put his sexting scandal in their rearview, at least it looks that way on the surface after eyeballing these beach pics. 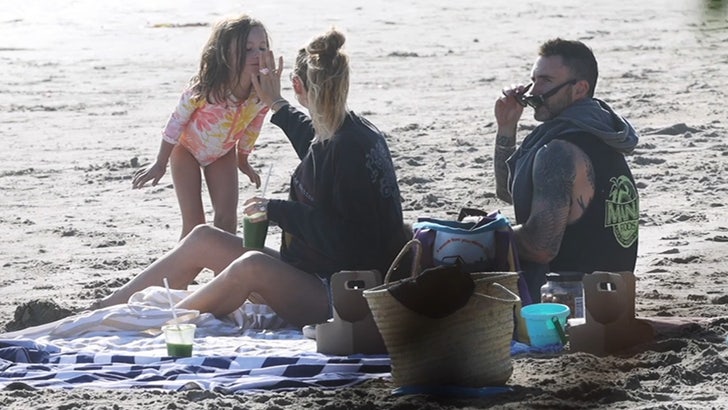 Adam and Behati took their kids on a bike ride to the beach Saturday and they were all cuddles and smiles.

The kids tried their hand at surfing near their home in Oprah Country, AKA Montecito, CA. 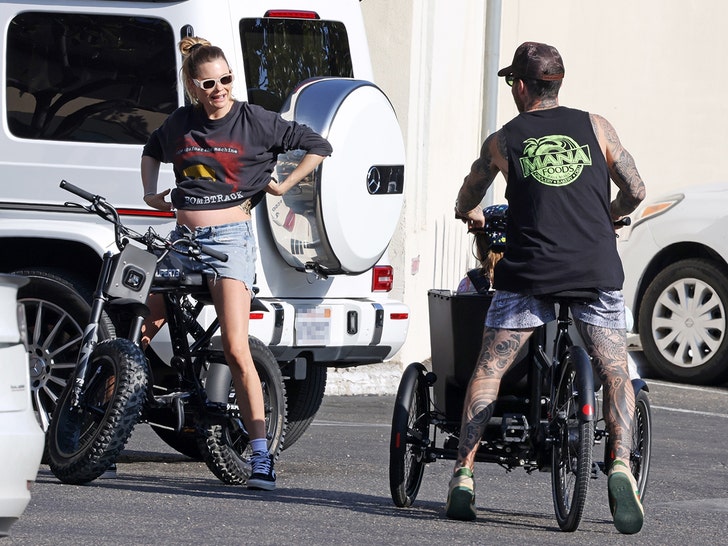 Adam wore a Rolex Daytona Cosmograph rainbow on the sand, which goes for more than $400k!

Behati, who’s pregnant with their 3rd child, was all smiles … which has pretty much been how she’s looked since the scandal erupted 2 weeks ago.

As we reported, Adam and his band, Maroon 5, performed at Shaq‘s charity fundraiser in Vegas last weekend, to thunderous applause.

Pregnant Behati attended to their children as Adam nestled up on a towel in a hoodie, the couple looked very much in love as they cuddled up on the sand as multiple women accused the singer of inappropriate behavior.