Adidas Contract Entitles Kanye to Fee for Rebranded Yeezys, But There's a Rub 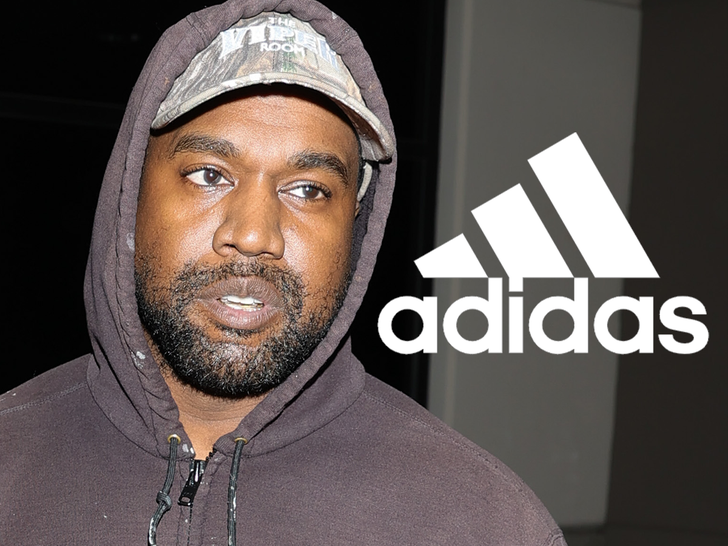 Adidas’ announcement it will sell Yeezy designs without Yeezy branding should be money to Kanye West‘s ears … TMZ has learned he has that in writing, but he’s not getting a dime.

Sources with direct knowledge of the deal Ye signed with Adidas … tell us there’s a clause in the contract that calls for the rapper/designer to get a reduced fee if Adidas sells his designs without his branding.

That’s interesting because when Adidas cut ties last month with Ye — over his antisemitic and bigoted statements — it said it would not pay him a single cent from that day forward. Of course, that was before Wednesday’s announcement it will roll out some of Ye’s shoes in 2023 … just with the Adidas name and markings, instead of Yeezy.

TMZ asked the German shoe co. if it planned to follow through on paying Ye’s reduced fee, and a spokesman said he’s getting zero, zilch, null … bupkis.

Now, there’s most likely a morals clause in the contract as well — and Adidas could easily say Ye’s hate speech constituted a breach which nullified their deal. Adidas is providing no further explanation, so we’ve gotta read the tea leaves. 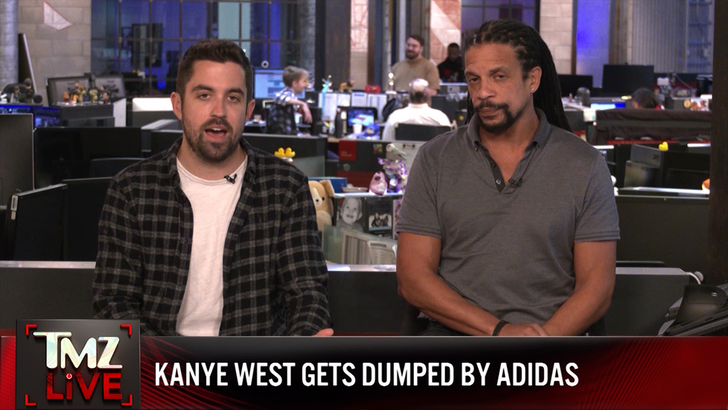 Whatever the case … if Ye wants compensation for the rebranded shoe sales, he’s gonna have to tell it to a judge.