Alex Scott told Neil Jones she was sorry via her Instagram page, as she explained the reason why their New Year’s reunion would have to wait. The former footballer didn’t appear to be having a great time, after jetting back into the UK from Dubai.

The 35-year-old apologised to the Strictly Come Dancing professional, 37, in view of her 345,000 followers.

The pair were due to meet up to shoot promotional images for the BBC programme’s upcoming tour with their co-stars.

However, Alex was far from running on time, revealing it was all down to her flight and missing luggage. 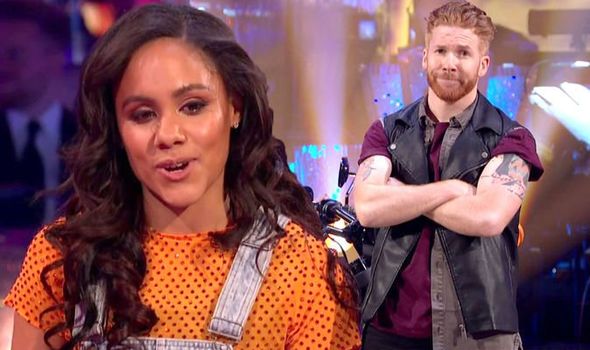 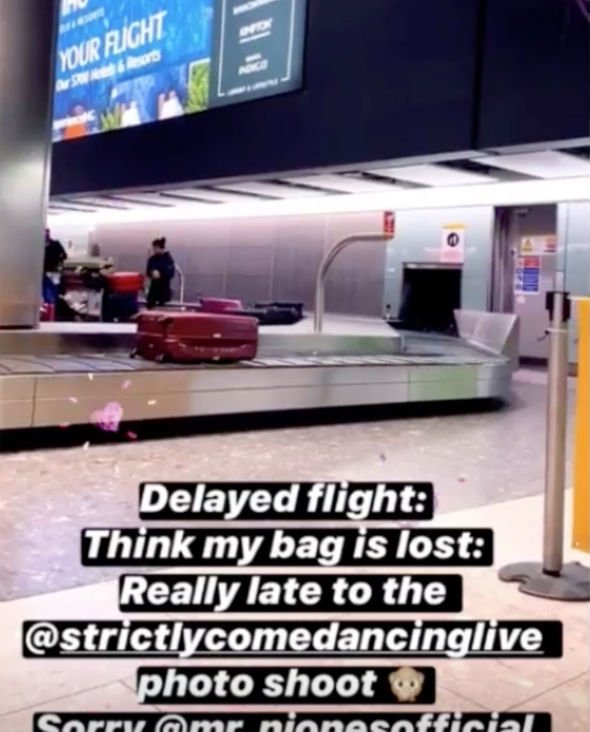 Her comments accompanied a clip of a baggage carousel, and she added: “Sorry @mr_njonesofficial. “

Thankfully Neil was totally understanding and jokingly replied to her: “@AlexScott2 I think we might bring the shoot to you.”

And it looked like Alex made the shoot after all as she went on to give users a glimpse of their latest looks.

“And we are back @mr_njonesofficial #TeamRed,” Alex stated, sharing a shot of one of their images. 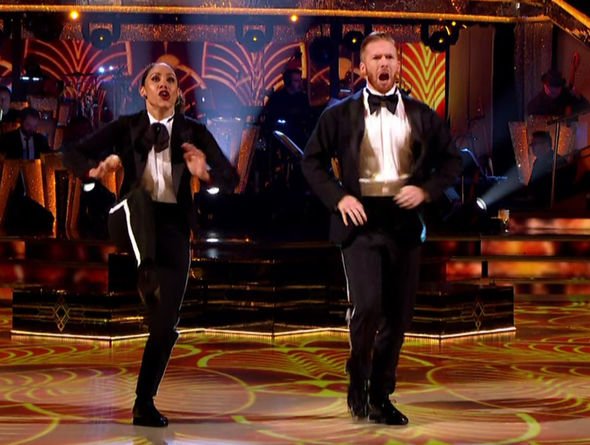 Neil was seen looking up at her as she stood in front in a show-stopping yellow dress with a blue tulle underskirt.

The former partner of Katya Jones cut a dapper figure in a tuxedo after she polished off her look with metallic heels.

Alex went on to say: “Not long now until @strictlycomedancinglive starts @mr_njonesofficial.

“Shout it from the rooftop #TeamRed are back,” alongside more shots from their day together.

Alex also shared a photo on her main page, stating: “Time to get ready #teamred are back together and we can’t wait to see you on tour… let’s go @mr_njonesofficial @strictlycomedancinglive.”

Neil commented: “Let’s do it #teamred,” with co-stars Emma Barton and Johannes Radebe also reacting with kisses and fire emojis.

The ex Arsenal right-back saw in 2020 in the United Arab Emirates with a female pal, and shared a number of bikini snaps prior to being back on home turf.

Beaming at the camera, Alex was seen sat on a beach in a colourful, striped halterneck, while the impressive skyline filled the background.

She captioned it: “Saw the New Year in with a smile. Catch up with friends. Good times had. Now back to work.”

Alex and Neil are thought to be firm friends after being teamed up on Strictly last year, and were previously surrounded by romance rumours.

They will be dancing together once again from January 16, when the shows kick off in Birmingham.

They will then take in the likes of Aberdeen, Manchester and Dublin before finishing in London on February 9.