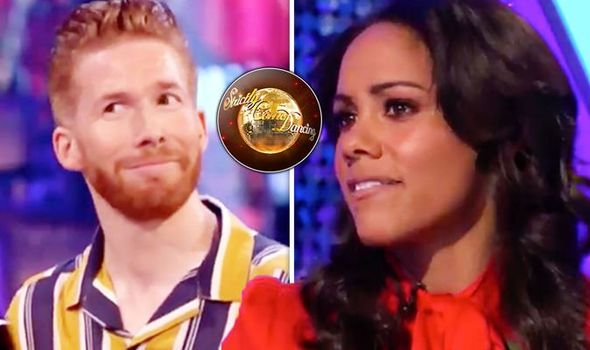 Alex Scott, 35, took to the dance floor on Strictly Come Dancing alongside pro dancer Neil Jones, 37, last night. But it has since been reported the former England footballer allegedly “made it clear” that she wanted to pursue the competition with her new partner Kevin Clifton, 37, who was standing in for Neil.

The Strictly star took to Twitter to dismiss the allegations she was “fuming” after being reunited with Neil.

In view of her 239,000 followers, she wrote: “Got to admit it though, I do feel like the luckiest girl alive. Not everyone gets to dance with two amazing people on @bbcstrictly. Who would ever want to complain about that, lol @keviclifton is part of #teamred.”(sic)

She accompanied the post with her snap of herself standing in between both Neil and Kevin.