AMAs 2019: Taylor Swift Has Planned a ‘Different Performance’ Amid Drama

Back to the drawing board. Taylor Swift reworked her American Music Awards performance amid her ongoing struggle with former label Big Machine Records, a source close to the AMAs exclusively tells Us Weekly.

“Taylor has had to plan a different performance for the AMAs because Big Machine has not waived the re-record restriction provision and they have claimed the re-broadcast would be a breach of her contract,” the source adds.“Our show is taped to air later in over 200 countries, is available on video on demand and posts on YouTube after the live performance airs.”

Another source, meanwhile, says that the 29-year-old “will not stand for bullying and wants to ensure this never happens to another artist.” The second source adds: “Her art is her life and she will continue to fight for it.” 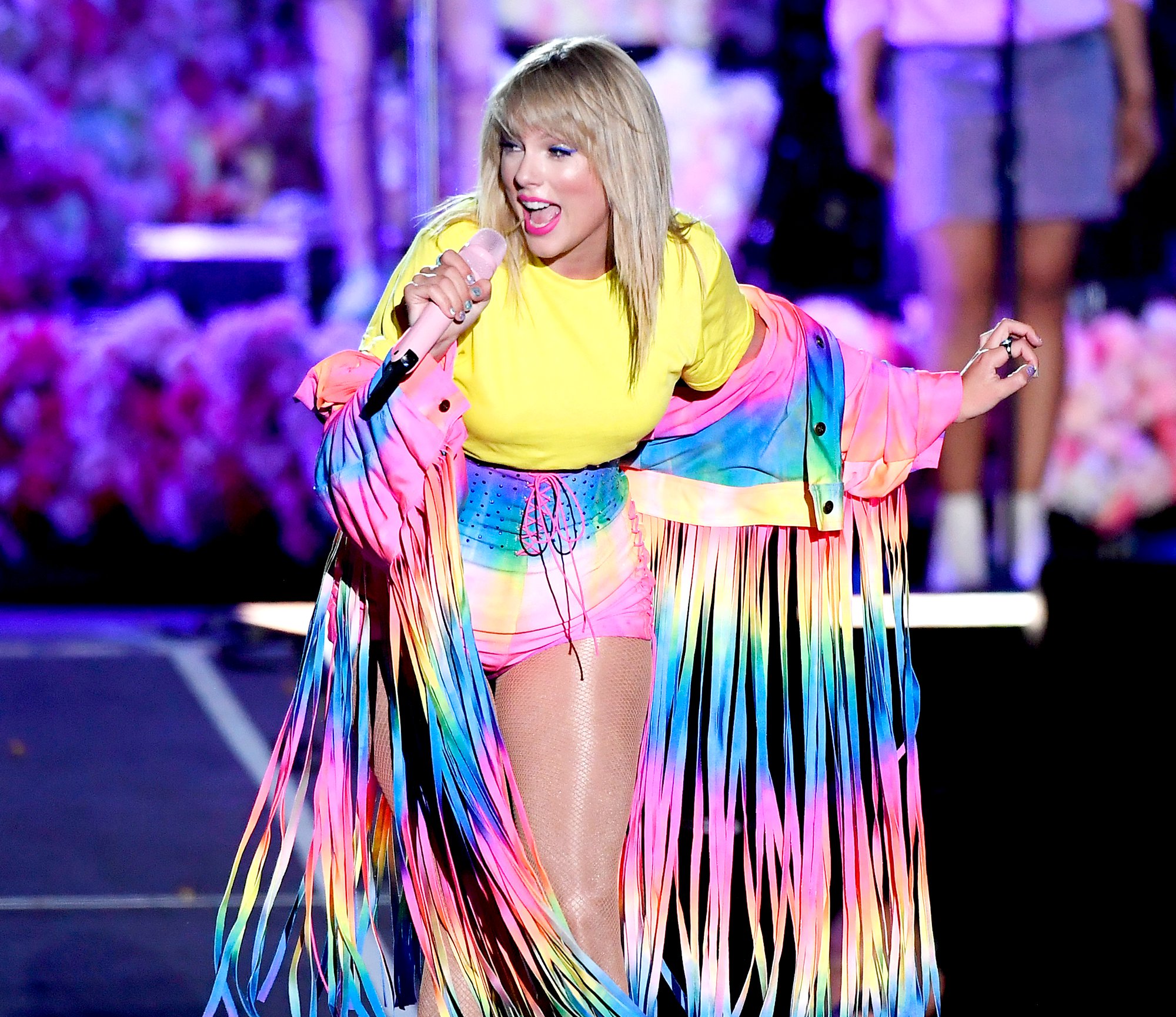 Swift has been publicly feuding with Big Machine Records’ Scott Borchetta and Scooter Braun since June, when she told fans that Borchetta, 57, had sold her back catalog to Braun, 38. And on Thursday, November 14, the “Lover” singer claimed that the business partners were blocking her from performing her older hits on the AMAs on Sunday, November 24.

“[They] said that I’m not allowed to perform my old songs on television because they claim that would be re-recording my music before I’m allowed to next year,” she wrote on social media, referring to her plans to rerecord her past hits.

Swift, who will receive the Artist of the Decade award at the AMAs, went on: “I just want to be able to perform MY OWN music. That’s it. I’ve tried to work this out privately through my team but have not been able to resolve anything.”

An insider close to Braun sounded off on the situation to Us on Monday: “On Thursday, in her post, [Swift] said she’s been planning the performance and only ‘now’ did she hear she wasn’t allowed to perform her songs. And it was clarified as soon as the next morning she could perform whatever songs she wanted to live.”

Earlier on Monday, Big Machine announced in a statement that it had “come to terms” with Dick Clark Productions, the production company behind the AMAs, over Swift’s performance.

“The Big Machine Label Group and Dick Clark Productions announce that they have come to terms on a licensing agreement that approves their artists’ performances to stream post show and for re-broadcast on mutually approved platforms. This includes the upcoming American Music Awards performances,” the statement reads. “It should be noted that recording artists do not need label approval for live performances on television or any other live media. Record label approval is only needed for contracted artists’ audio and visual recordings and in determining how those works are distributed.”

Dick Clark Productions, however, contested the news on Monday. “At no time did Dick Clark Productions agree to, create, authorize or distribute a statement in partnership with Big Machine Label Group regarding Taylor Swift’s performance at the 2019 American Music Awards,” the company claims in its rebuttal. “Any final agreement on this matter needs to be made directly with Taylor Swift’s management team. We have no further comment.”

With reporting by Nicholas Hautman, Marc Lupo and Brody Brown