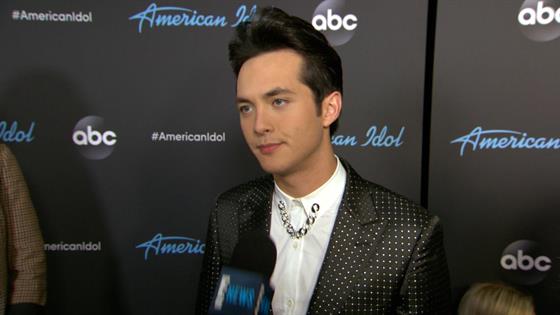 Katy Perry, Luke Bryan and Lionel Richie closed out their second season of American Idol on ABC—Laine Hardy was crowned the winner—but the trio have yet to officially sign on for a third season of the revived singing competition.

“I hope not,” Perry said when asked if this was their last hurrah. “This is way too much fun!”

“If you think I’m going to miss this now that I’ve figured out what medication to take to get through it,” Richie laughed.

Click play on the video above to hear more from the judges.

Hardy took the Idol title over Madison VanDenburg and Alejandro Aranda. He sang “Bring It on Home to Me.” “Home” and “Jambalaya (On the Bayou)” in the finale, but chances are he wouldn’t be able to tell you that.

“I actually really don’t remember the time when [Ryan Seacrest] told me I’m the winner and the end of the show. I’m still processing everything, it’s crazy,” Hardy told E! News after the show.

His big win hasn’t sunk in yet, he said, but he already has plans for what’s next: “I’m going to start making music for my fans. That’s what I’ve been wanting to do and I’m ready to get on that task and get it done,” he said.

“I’m really thankful for the judges just pushing me to come back, because if I wouldn’t have, I wouldn’t be in this position. And that does show you not to ever give up, just push through it and keep going,” Hardy said.