Home » Celebrities » Angelina Jolie: I never thought Id be in the Marvel universe as a great fighter

Angelina Jolie: I never thought Id be in the Marvel universe as a great fighter 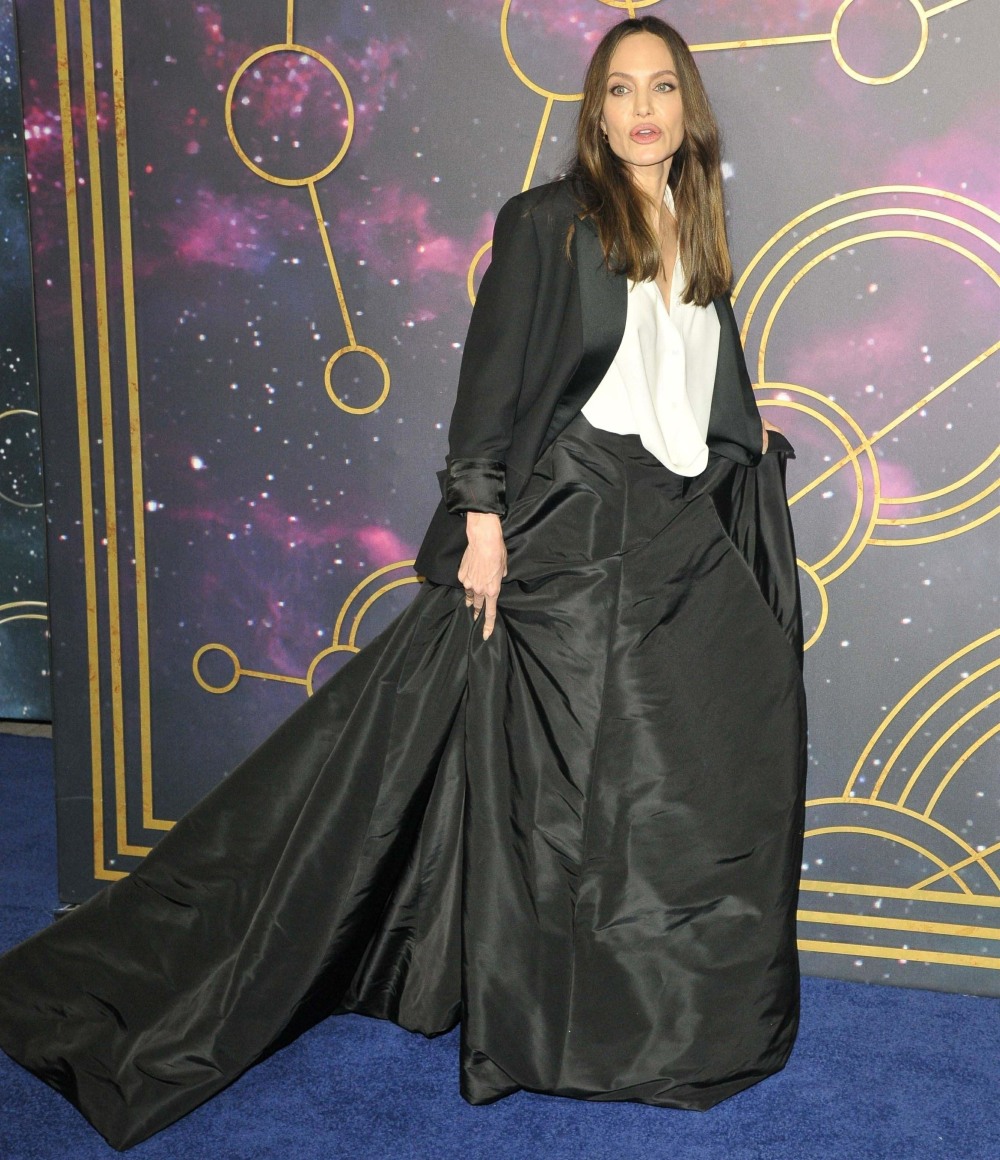 People Magazine gave us a new excerpt from their cover story this week with Angelina Jolie. I’m reminded yet again of how Angelina has operated without a publicist for almost all of her career, and for the most part, she either calls up magazines when she’s promoting something, or she uses whatever studio publicist at the time. What must Marvel think? They’re probably grateful that they don’t have to walk the gauntlet of personal staff to get her to do promo. She probably calls up Marvel’s publicity department herself and says “I’m thinking I should do People, Elle, a British magazine and you should send me to Europe, I’ll bring my kids!” Marvel must be beyond pleased. Anyway, here are the latest excerpts from People:

Her kids love her Eternals’ role: “They said they liked her because she felt like me,” she says laughing. “Now, they haven’t seen many of my films, but I thought that was really interesting. But then thinking of all the different things of her I’m not sure what that says about how my children see me.”

Chloé Zhao on Jolie: “Angie is the reason why Thena exists. It was really important for Angie to bring femininity to Thena’s character. She talked a lot about creating a woman who was graceful, feminine and strong at the same time. A woman strong enough not to be afraid to lean on the shoulder of a strong man.”

Angelina on playing a superhero: Jolie says being asked to star in her first superhero movie at age 46 “actually meant a great deal to me. I didn’t think I’d pick up a weapon again. I didn’t think I’d be in fight scenes to this extent again. And I certainly never thought I’d be in the Marvel universe as a great fighter.” The fighter in Thena was only part of the attraction, she says. “That’s not why I love to play Thena. I’m very interested in the other side of her that is struggling.”

Zhao on what Jolie brought to the table: “It was so fortunate that Angie came in and was very excited to work the way I’ve been working — to find the human part in the actor and actresses and what they really go through in their personal life and create a space for them to express that. And Angie has lived a life. And for her to be willing to be vulnerable enough to allow the camera into her inner struggle and to give that to the character of Thena so the audiences can relate to her is a brave and giving thing for an actor to do.”

Zhao on Jolie-the-director: “When you shoot a film like this, you’re asking 700 people to wait from 12 o’clock to 5:30 p.m. so you can get your scene with two takes. You require an understanding from the cast. And someone like Angie, who’s been a director and a producer, who traveled far into the middle of nowhere to make her films, she looked around and she said, ‘Oh yeah, we wait. I know what she’s doing.’ She understands the bigger picture. That was crucial on this film.”

I think the comments from Angelina about playing a superhero at 46 kind of interesting. I mean, she’s played versions of action-heroines before, from the Lara Croft films to Wanted to Salt to Mr. and Mrs. Smith. Action-adventure-drama is arguably Angelina’s biggest wheelhouse, and she’s very good at the roles where she needs to move, fight, do stunts, work with weapons. I feel like the Eternals is just an extension of that, although it’s the first time she’s worn spandex and a cape. And which films have her kids seen? I wonder if one of the kids is a closet Salt-fan? 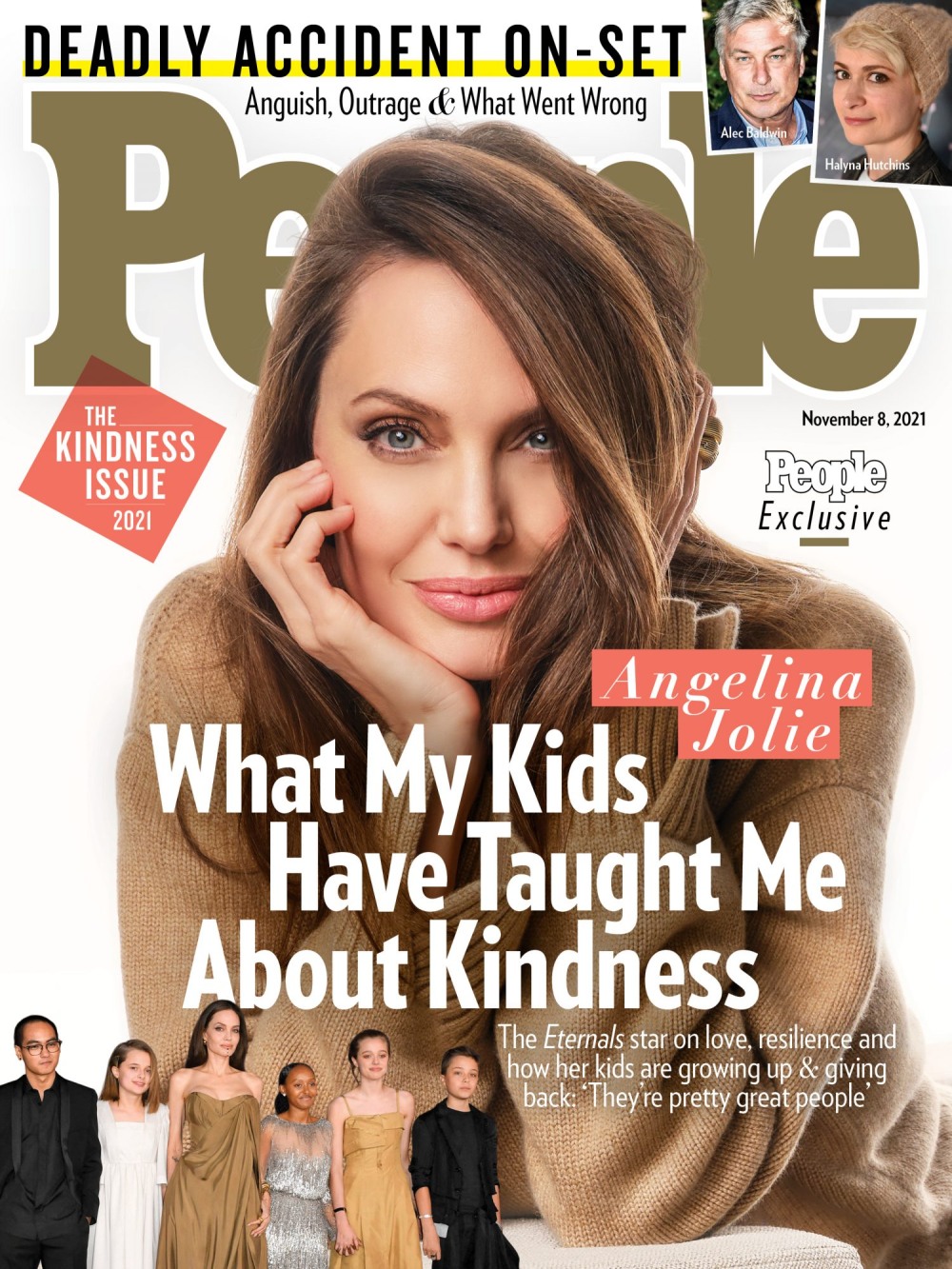 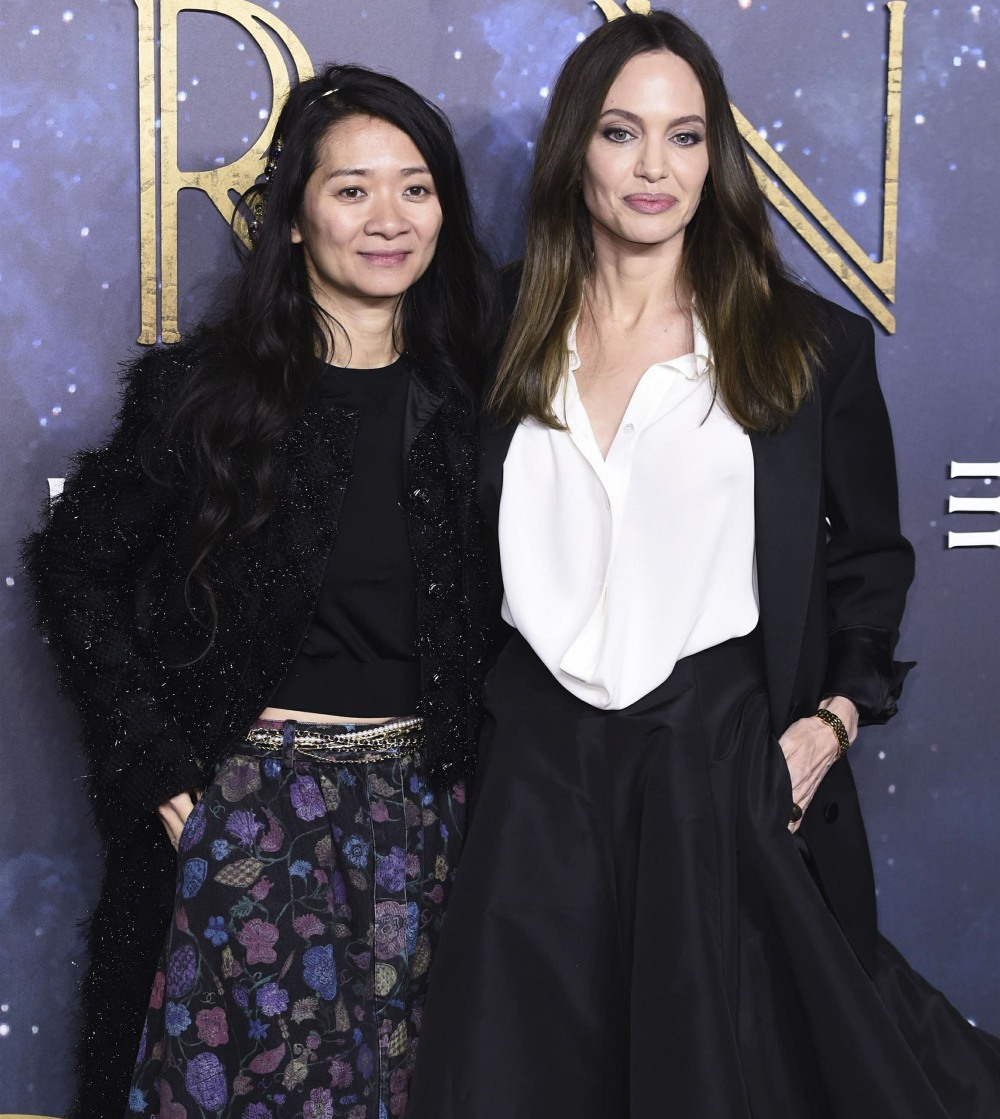