She celebrates her 46th wedding anniversary this week but on meeting Anita Harris it’s hard to believe that this vivacious woman with a still wonderful complexion, is a day over 46 – and has been in show business for nearly 60 years. “I’ve tasted a lot of different things and I’m very grateful for that. I didn’t start with a vision or anything. I just kind of landed in it,” says Anita modestly. West Country-born and bred, Anita was talent-spotted while ice-skating as a teenager and at 16 was performing as a dancer in Las Vegas.

“One night our chaperone took us to see Frank Sinatra. We had a table at the front. I remember these big blue eyes coming towards me. He arranged for two of us to go backstage afterwards and wished us good luck. It was a generous gesture.”

Anita, 76, was propelled to international stardom when she recorded the beautiful ballad Just Loving You, which became a huge hit in the summer of 1967.

“It started because I was singing Trains And Boats And Planes on Top Of The Pops and Dusty Springfield was also on doing You Don’t Have To Say You Love Me. When I finished rehearsals Dusty came up to me and said, ‘You and Mike [Anita’s manager and later husband], need to meet my brother Tom because I think he has a song for you’. That was the very moment when my working life changed.

“She gifted me that chance, she knew it was a lovely song and she could have recorded it herself. To this day when I sing it I go: ‘Thank you Dusty, Thank you, love’, because it was such a generous gift in the business. She had to go to Heaven early which was the saddest thing.”

The success of Just Loving You led to an offer to perform at the London Palladium with Harry Secombe and an all-star cast for eight months: “Two shows a day, three on Saturday and absolutely packed every show – that was the power of Harry,” recalls Anita. 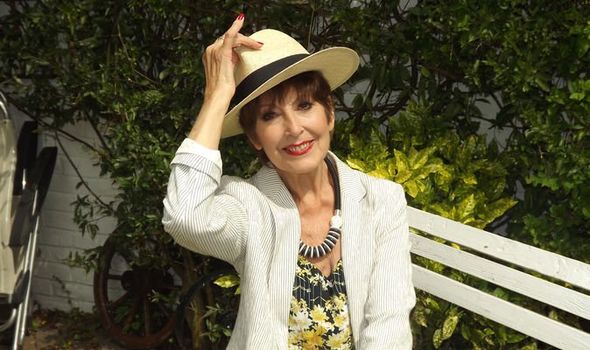 She was cast in two Carry On Films, the first of which was as a very seductive belly dancer called Cork Tip in Follow That Camel. “On my first day I had to travel down from the North of England to ‘The Sahara Desert’ – which was Camber Sands in Sussex – and it was freezing cold,” says Anita. “Can you imagine, I was half-asleep, half-excited and then I left makeup and was sitting in a chair beneath as massive arc lights and in the next chair was Phil Silvers, the great US comedy actor. It doesn’t really get better than that.

“He was charming. His desire was to break into British comedy and he spoke of his admiration for the British actor. He was very calm, but when the call came ‘Silvers, you’re on’, it was like putting a bullet under him, and he was Sergeant Bilko again.”

How welcoming were the Carry On regulars? “On my first day’s filming, Barbara Windsor, God bless her, was there, she was always early,” says Anita. “She was always the first to say: ‘Cup of tea, luv?’ I learnt a lot from her. She told me ‘You should always get there early and then you can sort yourself out’.

“Joan Sims was playing the one jealous of me, but she was an absolute poppet and had the sweetest nature. I met her a lot after that and she and Liz Fraser and I were friends.

“Kenneth Williams especially was a little aware that I was ‘just a singer’, and I knew that I had to prove myself as an actress. One day I was saying my lines to myself and suddenly this kiss was planted on my cheek from him. I thought: ‘I’ve been accepted’.”

One of the people she loved the most was the late Sir Harry Secombe. “He had a natural inner giggle, he wanted everyone working with him to be happy. 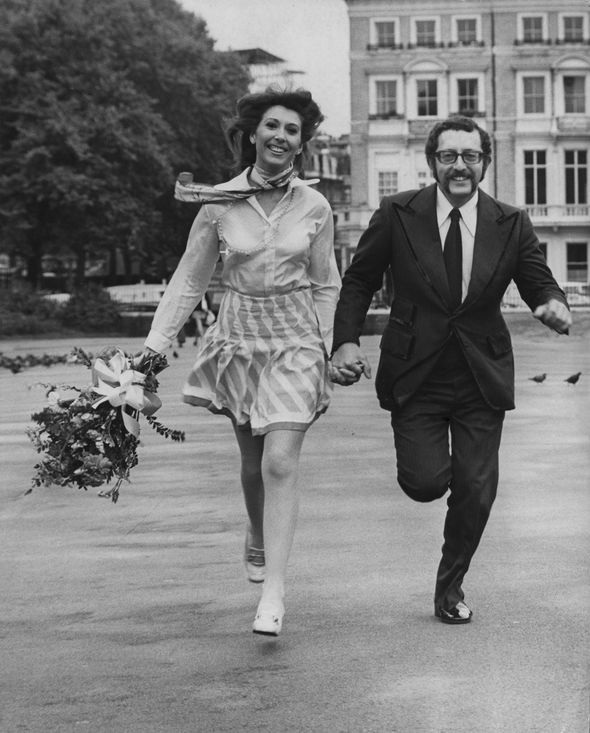 “After the Palladium he asked me to join him on tours for the Combined Services Entertainment. We did 12, visiting British troops all over the world. Whenever he went into a hospital, he left people smiling, he gave them hope. If Harry were to rule the world what a beautiful place it would be.”

In the 1970s Anita was barely off TV. For seven years she was the glamorous assistant of the magician David Nixon. “I was sawn in half so many times!” Sadly Nixon died from cancer aged just 58 in 1978.

Anita also made a number of appearances on the Morecambe and Wise Show. “It was magical to work with Eric and Ernie because they took it very seriously.”

Their rehearsal programme was to finesse, she says. “So that when they got in front of an audience and something unplanned happened they would embrace that. They were very meticulous. You learn so much from these perfectionists.”

By now Harris was making a name for herself in pantomime and became associated with the role of Peter Pan, a part she loved playing. “Barney Colehan, the producer of the BBC series The Good Old Days also asked me to do two spots on the music hall show and said ‘Try and differentiate them if you can’. Mike, my husband, said, as you’re playing a boy, Peter Pan, in panto shall we try to find a character who might be an interesting boy-girl type thing. 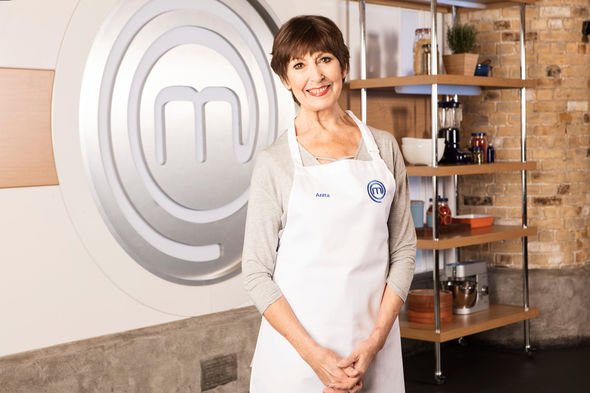 “And we came across this Vesta Tilley. I’ve been fascinated by her ever since, with her life and the way she kept herself so feminine as a human being, but then how she embraced the boy character ‘Burlington Bertie’ and based her whole career on it.” Harris performs her Vesta Tilly tribute act around the country and is top of the bill at the British Musical Hall Society’s Day by the Sea at Eastbourne, East Sussex, on June 1. “Tilley also went on tour with Charlie Chaplin and the Fred Karno company. It was my friend Roy Hudd who suggested I bring that into my show.”

As to the future, Harris is enjoying her mix of theatre and telly and is eager to embrace new challenges, including reality TV.

“I loved doing MasterChef. The fear that got into me when I presented my first meal. I said ‘I do have some Imodium with me if you’re not feeling well’. The presenters John Torode and Greg Wallace were charming, and they really want to help you better yourself with a new craft.

“I was a bit fearful of reality TV at first, but I realise now the public like to see the creative side.A lot of us were brought up to think, ‘Don’t show the bad bits when things go wrong’. But now it’s become interesting.You either embrace it or you don’t do it.

“Having also done the Antiques Road Trip it’s been a very interesting last couple of years.”

For more details of Anita Harris’s engagements go to anita-harris.com