Ashton Kutcher showed off his wife, Mila Kunis, in both episodes of his new Instagram video series: ‘Kutcher Kitchen Talks.’

Ashton Kutcher, 43, is educating fans about cryptocurrency and blockchain technology in an entertaining new series on his Instagram, titled “Kutcher Kitchen Talks.” The former Punk’d host posted the second episode of the amusing series where he quizzed his wife Mila Kunis, 37, and Ethereum co-founder Vitalik Buterin, 27, about blockchain technology and celebrities on Thursday July 25.

Ashton asked Vitalik to name a cast member of Beverly Hills 90210 and who invented the lifestyle brand Goop. The crypto-creator showed his cluelessness with some hilarious answers, like asking if 90210 was a type “ASIC manufacturing.” He also didn’t guess Gwyneth Paltrow as the founder of Goop. Mila clearly thought the whole thing was hilarious, as she laughed out loud throughout the whole video. Ashton also asked Mila and Vitalik what a “Stoner Cat” is. Mila responded that it was the “Greatest NFT [non-fungible token] ever made.” Vitalik hilariously responded that it was a “cat that beats scissor-cat, but loses to paper-cat.” Get it? The clip ended with both Mila and Vitalik meowing at the camera, and announced that Stoner Cats, “The first NFT animated series” would be coming soon.

Ashton shared the first “Kutcher Kitchen Talks” video with Mila on July 21. In the short clip, Ashton quizzed Mila about what cryptocurrency and blockchain technology are and what decentralization means. Blockchains are the type of technology that allows cryptocurrency and NFTs to have unique ownership. The video also featured Vitalik explaining what Ethereum is and how it’s different from regular cryptocurrencies.

Both of the Instagram videos appeared as part of a promotion for the NFT animated series Stoner Cats, which will feature Mila, Ashton, and Vitalik as well as an all-star voice cast, including Chris Rock, Seth McFarlane, and Jane Fonda. Fans will be able to buy NFTs of the episodes with Ethereum through the show’s website. 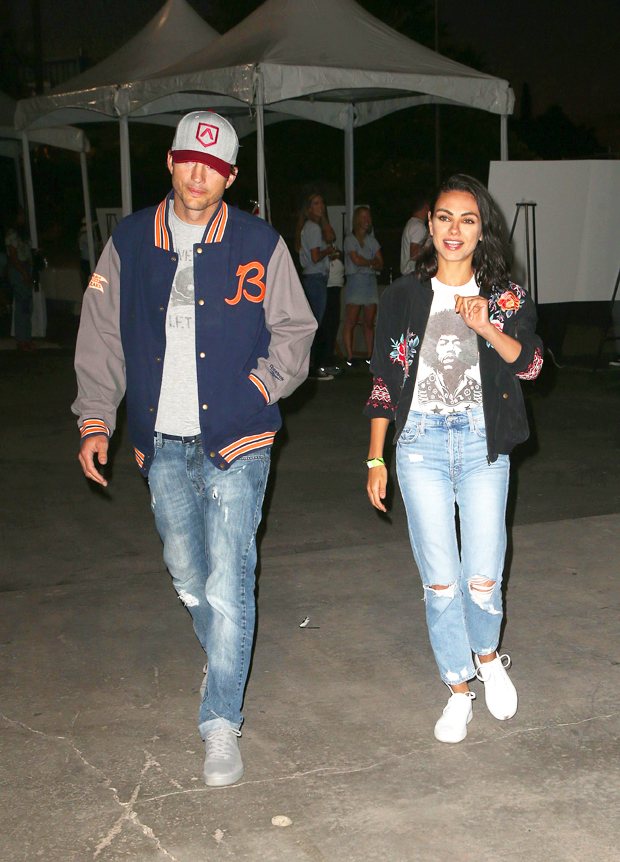 It’s not that surprising to see the That ’70s Show stars getting in on the NFT boom. Ashton, in particular, seems to be ahead of the curve and an early adopter of new and exciting technologies. In May 2020, he hilariously corrected Mila, when she referred to TikTok as “the Tic-Tac” on an at-home appearance on Live With Kelly And Ryan. More recently, Ashton announced that he had planned to go to space after Sir Richard Branson went on his first mission with Virgin Galactic. He said that Mila later explained that it probably wasn’t the best idea, and he got rid of his ticket. “When I got married and had kids, my wife basically encouraged that it was not a smart family decision to be heading into space when we have young children, so I ended up selling my ticket back to Virgin Galactic,” he told Cheddar News.