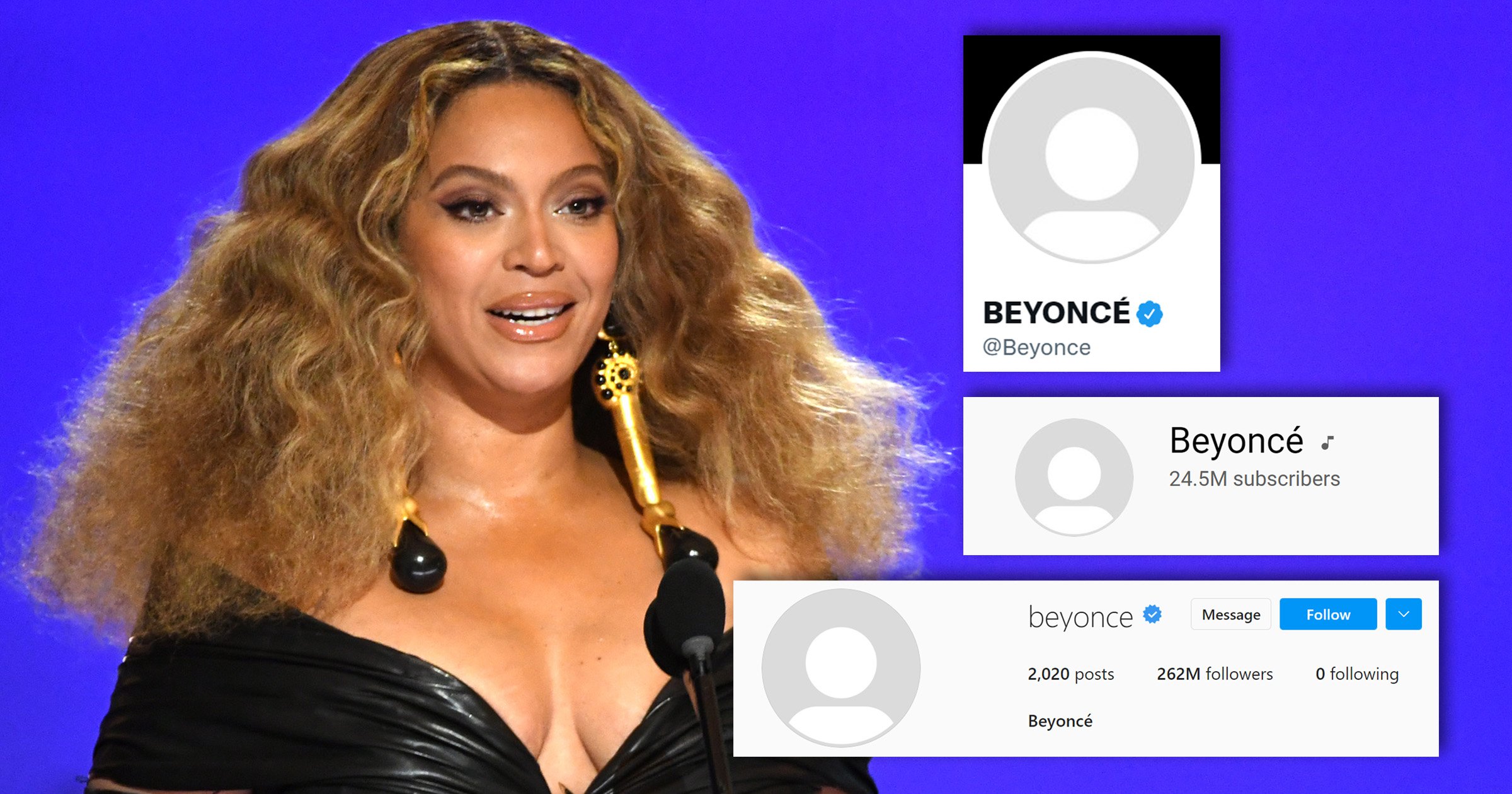 It’s been a hot minute since Beyonce dropped an album, but could a new release be on the horizon?

Fans noticed that Queen Bey has wiped her profile pictures from all of her social media accounts – including Twitter, Instagram, and YouTube – so, of course, ‘Beyonce is coming’ was trending within minutes.

Beyonce’s last full-length studio album, Lemonade, was released in 2016 and, while there have been singles since then, the Bey Hive are dying of thirst and we’re all in desperate need of a new Beyonce era.

It was previously suggested that the Crazy In Love songstress might drop music before Christmas 2021, after it was claimed online that CDs and vinyls of hers were in production, ready for mass rollout.

Alas, that Christmas gift didn’t materialise, so we might be naive for getting our hopes up once again, but we’re trying to be optimistic.

Fans took to Twitter to collectively freak out over Beyonce’s social media wipe out, with one writing: ‘If Beyoncé drops an album tonight at midnight I’m unavailable for the rest of the month!’

Another said the pop icon is coming to ‘save the music industry’ while one encouraged the Bey Hive to ‘get out of hibernation.’

‘One thing about Beyoncé is she knows when to attack, tease and drop.. she’s THE Queen for a reason. now let’s wait what’s in store for us #beyonceisBACK’, tweeted another.

But, many people are dubious after getting excited one too many times before, with plenty of fans convinced the singer is going to drop another Ivy Park clothing collection instead of music.

‘I really hope Bey brings new music. I can’t be this excited for her to just drop some Ivy Park Collections. The beyhives need her now more than ever!!!! #beyonceisBACK’, one person tweeted.

The powerful ballad was her first release since 2020’s Black Parade, a charity single that serves as a celebration of Black culture and the support of Black activism.

Proceeds from the track benefit BeyGOOD’s Black Business Impact Fund, which has since donated a total of $7.15 million to 715 Black-owned small businesses in need.

Who knows when the Queen will return, but we absolutely cannot wait.