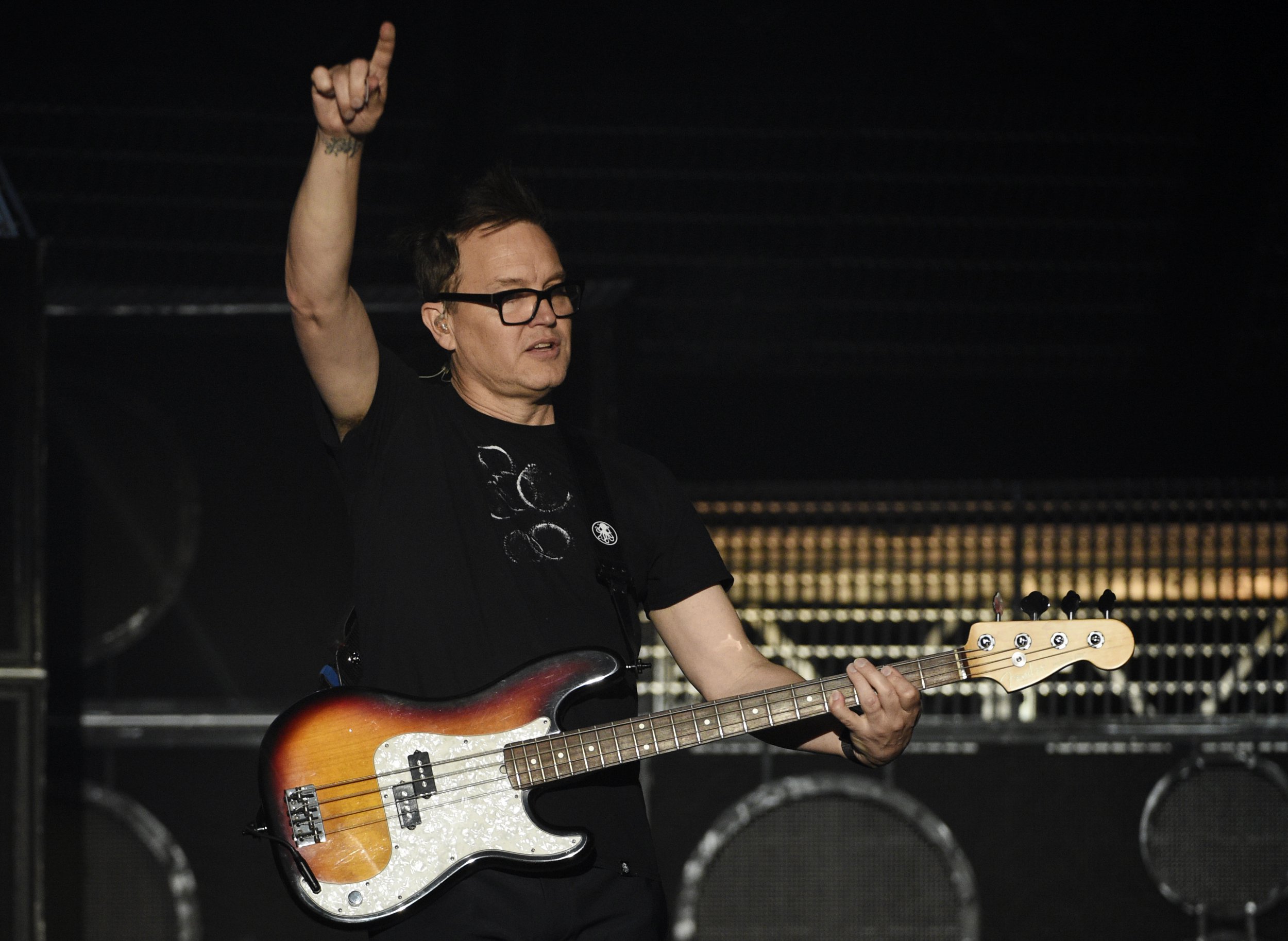 Blink-182’s Mark Hoppus has stage 4 cancer but is determined to beat it.

Last month, the 49-year-old told fans that he had been diagnosed with cancer and was undergoing chemotherapy.

During a Q&A on a Twitch live-stream, Mark shared his diagnosis, explaining that his cancer is ‘blood-related’ rather than ‘bone-related’, and that he was diagnosed with stage 4 diffuse large B-cell lymphoma.

The rocker said: ‘My blood’s trying to kill me. My classification is diffuse large B-cell lymphoma Stage 4-A, which means, as I understand it, it’s entered four different parts of my body,.

‘I don’t know how exactly they determine the four-part of it, but it’s entered enough parts of my body that I’m Stage 4, which I think is the highest that it goes. So, I’m Stage 4-A.’

Large B-cell lymphoma (DLBCL) is one of the most common types of non-Hodgkin lymphoma, and occurs in white blood cells and can form tumours throughout the body.

It is an aggressive lymphoma that can arise in lymph nodes or outside of the lymphatic system, in the gastrointestinal tract, testes, thyroid, skin, breast, bone, or brain.

At the time of the live stream, Mark was due to learn whether chemotherapy was working, saying: ‘If it is, I go back for at least three more rounds. Ideally, I go in tomorrow and they say, “Congratulations, your chemotherapy has worked and you’re all done and you’ll never have to think about this cancer again for the rest of your life.”’

If the treatments haven’t been working, the What’s My Age Again singer will likely have to pursue ‘other options’, like a bone marrow transplant.

Discussing how chemotherapy had affected him so far, Mark said he had ‘chemo brain’, explaining: ‘For me, I forget things. People would be talking to me and five minutes later I’d be asking them a question, and they’ll be like, “I just told you five minutes ago.” So it kinda sucks.

The treatment has also made his hair fall out, with Mark joking that he wants to get the worst toupee possible.

During his treatment, Mark has been leaning on his mother Kerry, a three time cancer survivor who beat the exact same cancer her son has.

He said: ‘Oddly enough, we have the exact form of cancer. And she beat it, so I’ve been able to talk to her and bond with her quite a bit.

‘My mom has beaten cancer three times — twice for breast cancer and once for the same cancer that I have, which is diffuse large B-cell lymphoma.’

Updating his fans later on Twitter on how he was feeling, Mark said: ‘Had chemo on Wednesday and felt like hot garbage and haven’t really slept since. But this morning, this minute right now, I feel okay. I’ll take it.’

Mark lives in Beverly Hills with his wife of 20 years Skye and their son Jack, 18.
He is one of the original members of Blink-182, which he founded in 1992 with Tom DeLonge and Scott Raynor, and also formed the duo Simple Creatures with Alex Gaskarth of All Time Low.