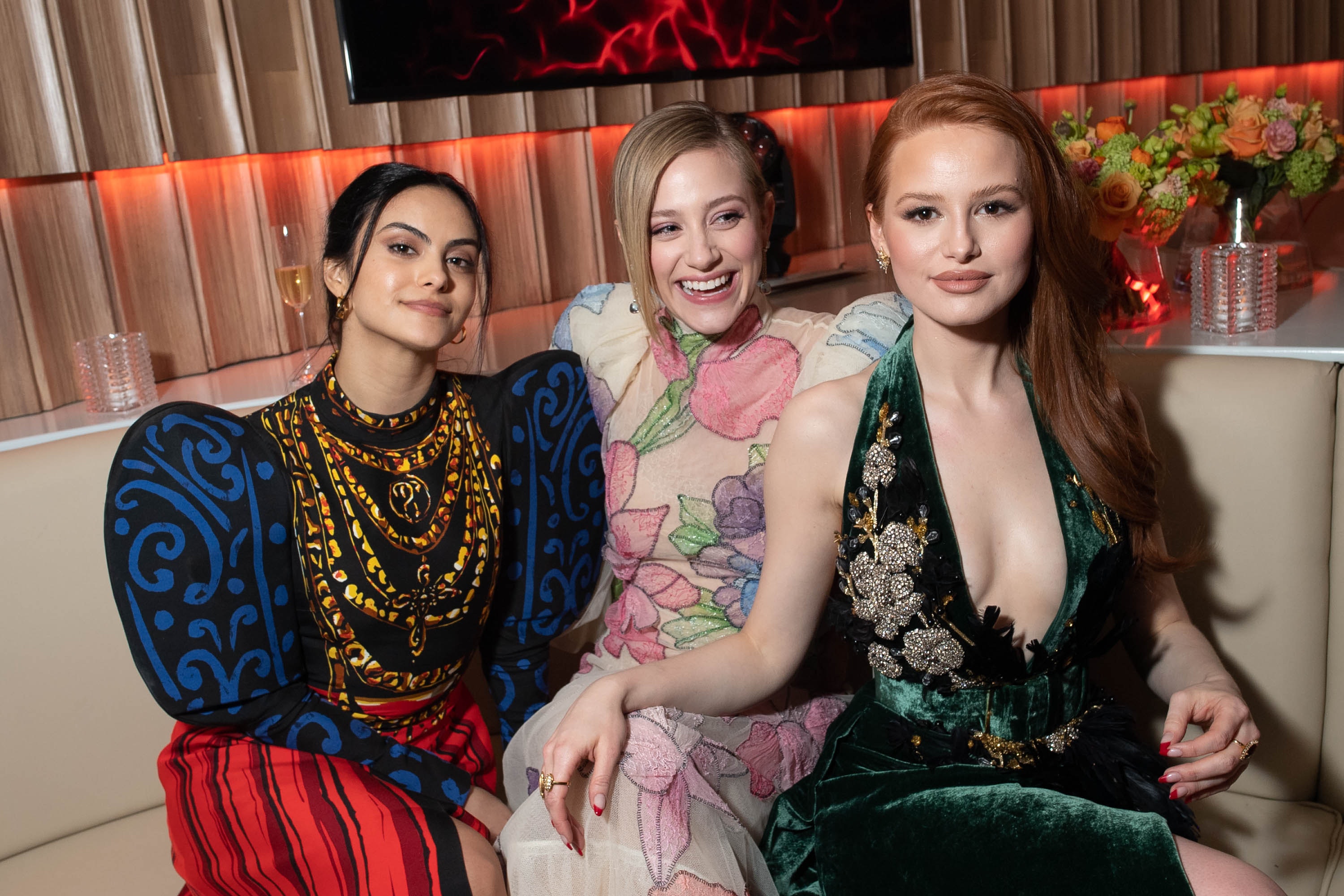 In the Riverdale universe, the cure for heartbreak usually entails a rebound hookup, a burger and shake from Pop’s, and a confounding, life-threatening mystery that makes everything else suddenly feel like no big deal. But in real life, sometimes all you need is support from your best friends. In fact, Camila Mendes’ friendship with co-stars Lili Reinhart and Madelaine Petsch grew even stronger after the three navigated their very public breakups together.

“We all got out of relationships at the same time and then went through this pandemic together,” Mendes, who plays Veronica Lodge, told Paper in a new interview [published April 7]. “And now we’ve been bonded by how much change has happened. Me, Madelaine, and Lili, specifically, we’ve never been closer than we have this season. It’s really nice to have them, to feel like I do have friendships here — meaningful ones.”

Mendes dated her former on-screen love interest, Charles Melton, for around a year. In December 2019, a source told E! News that they’d been separated for a few months after experiencing “ups and downs” and “stress” in their relationship. Meanwhile, Reinhart dated Cole Sprouse — another Riverdale castmate — for around two years. In August 2020, Sprouse shared on Instagram that they “initially separated” earlier that year, in January, before deciding to make the breakup more permanent in March.

In February 2020, Petsch also went through a public split from rapper and actor Travis Mills, her boyfriend of three years. Like Mendes, she found herself struggling with the compounding effects of heartbreak, an unprecedented global pandemic, and a hiatus from work. “My mental health was at an all time low. Every day was definitely a challenge, and therapy was absolutely key for me to keep sane,” Petsch told Flaunt in January. “It really took me probably five months through this whole pandemic to get back to an OK mental state.”

Mendes and Reinhart have both been equally outspoken about the importance of therapy and mental health, particularly during the early months of COVID-19. Reinhart told The New York Times that writing, reading self-help books, and spending time with close friends helped her cope during difficult times last year.

After her split from Melton, Mendes went on to date photographer Grayson Vaughan, but they broke up sometime around February, according to E! News. The good news is, it looks like Mendes is doing just fine. By the looks of a March 18 Instagram post, she’s celebrating “~selfhood~”, and it’s clear she knows that with a few great friends, you’re never really on your own.