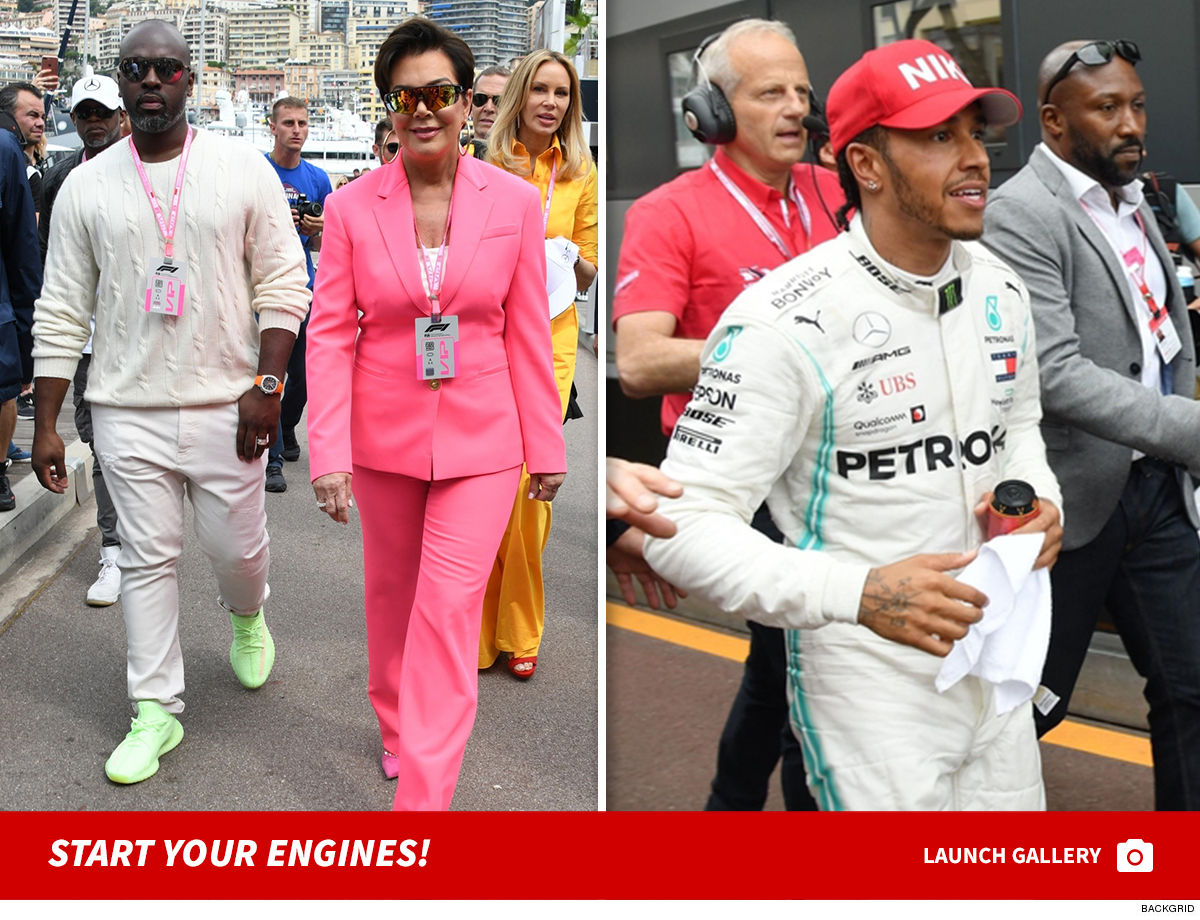 The 77th Formula 1 Grand Prix of Monaco was riddled with celebs.

The legendary race went down Sunday and there were tons of celebs who clearly knew they were on display, including Kris Jenner, BF Corey Gamble, Olivia Culpo, Winnie Harlow, Chris Tucker, Odell Beckham Jr., and Patrick Dempsey.

There was a famous winner … Lewis Hamilton edged out Red Bull’s Max Verstappen to win the honors on the last of the 3-day event. As for Max, he got socked with a 5-second penalty which bumped him to 4th.

Interesting … no shots of Kendall Jenner and Luka Sabbat, who were in Monaco over the weekend on jet skis. Pretty clear they’ve got something going. There were at the Cannes Film Festival before jetting to Monaco.