Charlotte Church reveals the impact of politics on her music

Charlotte Church, 35, looked sensational on Friday’s Comic Relief 2021 telethon after she made her first television appearance since giving birth. The mother-of-three sported a sequinned gown that featured an intricate pattern with a plunging neckline.

During her segment in the charity fundraiser, Charlotte offered her expertise in teaching five celebrities to sing opera.

While viewers took to Twitter and gushed over the singer’s looks, some social media users criticised the comments geared towards Charlotte as “sexist” after claims people were focused on her cleavage.

Taking to the micro-blogging site, one viewer fumed: “Twitter is just as depraved, sexist and revolting to Charlotte Church as ever I see. Utterly tone deaf. About 40 percent of those perving on her are females as well. So depressing.”

“So from what I can make out, Charlotte Church is trending purely because of comments about her boobs, rather than her actual role on Red Nose Day. Christ. How do I log out of the UK?” another remarked. 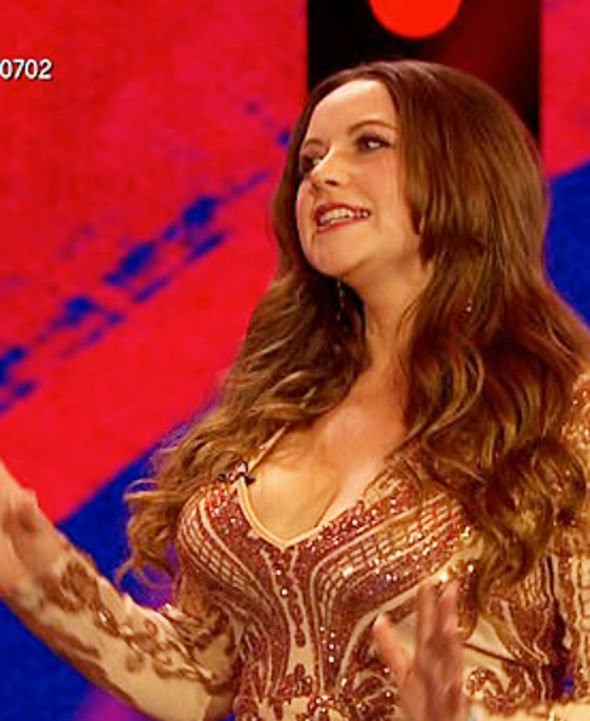 A third commented: “So Charlotte Church is trending not because of her work on Comic Relief tonight but because of a part of her anatomy. And we wonder why women suffer harassment from men repeatedly.”

Another wrote: “Me: hmmm why is Charlotte’s church trending? Ah just more people objectifying women… I swear people learned f*****g NOTHING this past week. Charlotte Church is more than a pair of breasts, for f***s sake.”

Other viewers took to social media and praised Charlotte’s appearance on Comic Relief with some claiming people were “admiring” the singer. 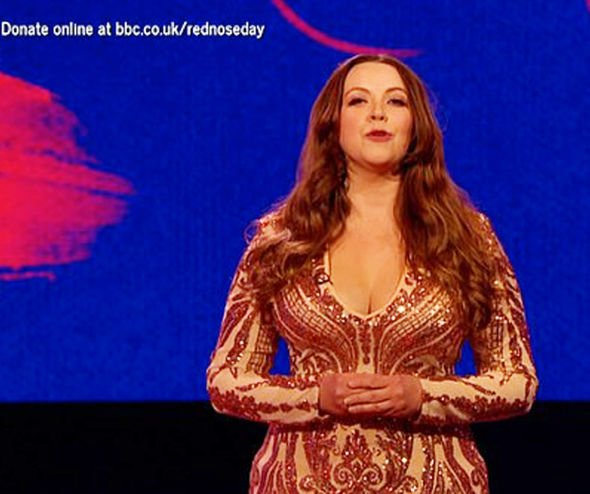 Another gushed: “Charlotte Church is looking glamorous. That dress!”

The sexism row on social media comes after calls in recent weeks for the Government to protect women from all forms of harassment.

Meanwhile, classically-trained Charlotte arrived on stage to introduce her segment during last night’s Comic Relief in which she used her knowledge to help five famous faces learn Nessun Dorma in just 24 hours.

Alex Booker, Jennifer Saunders, Andi Osho, Jayne Adams, and Caroline Quentin were put to the test as they were tasked with performing the aria in front of millions, for charity.

She has sold more than 10 million records worldwide during her musical career and is estimated to be worth up to £11million.

Charlotte recently gave birth to her third child and gave a glimpse of her daughter during an appearance on the Sink The Pink Pop-Tart podcast.

She said: “I would love to introduce you to my little baby. Covid realness, honey.”

Last week, Charlotte revealed she had given birth to her third child during an appearance on This Morning.