Chris Evans said that he believes his pal James Martin has done so well ratings wise since moving from Saturday Kitchen on the BBC to James Martin’s Saturday Morning on ITV because of one secret ingredient – colours.

He explained on his hit radio show that he believes James Martin has done so well on ITV because he used a colour specialist to help win over viewers.

He said: “You know my friend James Martin? A colourist contacted him when he was on the BBC on Saturday Kitchen there before he went over to ITV to do it rather successfully on ITV.

“And a colourist got in contact with him and said ‘let me start choosing colours for your show’ and the ratings went up by a million the next week and they never, ever went down again.”

Chris went on to say that he even uses a colour technique himself, and he believes that his winning colours are orange and turquoise. 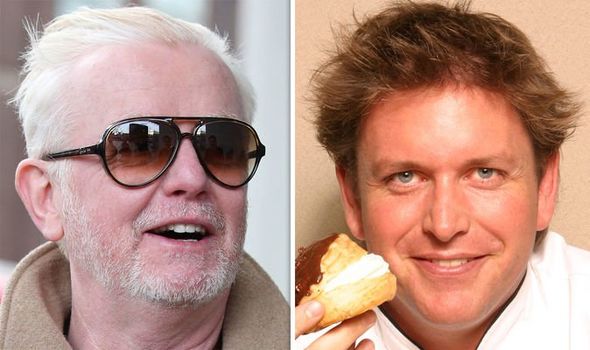 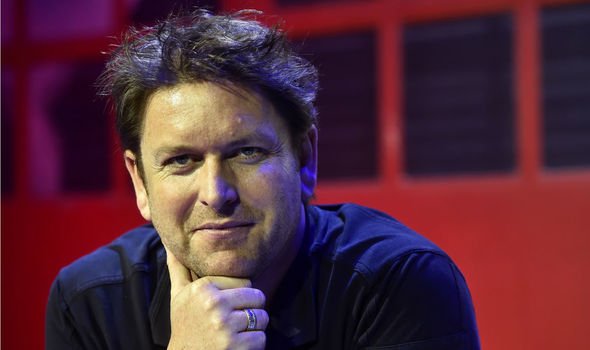 He explained: “It’s really important and if I’m interviewing a guest, if I’m back at the news tower, I always wear turquoise or orange and this is proper science going on here.”

This isn’t the first time Chris, 53, has spoken of his close friendships with James Martin, 47, this year.

In February he claimed that the celebrity chef had helped saved his marriage to his third wife, Natasha Shishmanian.

He told his listeners: “James saved my marriage, well you saved my honeymoon!” 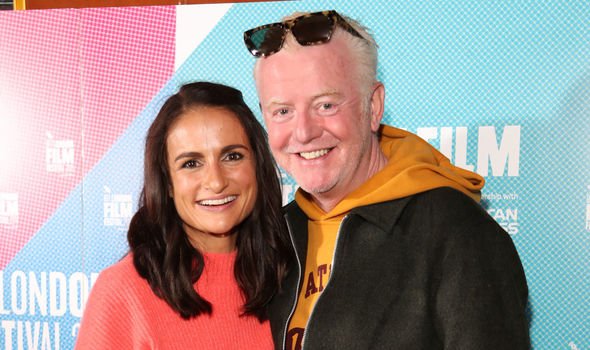 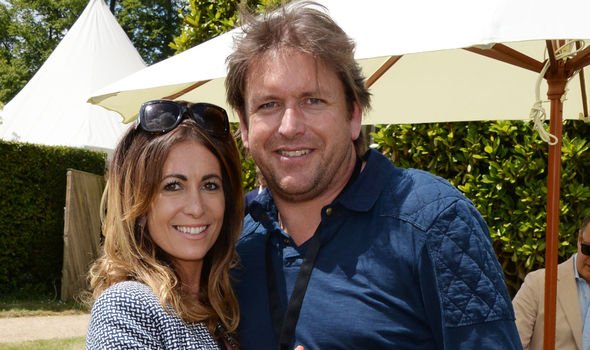 He explained that they were set for an African safari for their honeymoon, but after losing their passports, they were forced to postpone their plans.

A friend responded by saying that James was putting on a lavish catering do down in the New Forest, and that they should attend there instead.

He continued: “My wife and I had just got married we were supposed to go on our honeymoon and safari and we lost our passports. We were devastated. She never loses anything.

“My friend said: ‘Go and get Tash a dress and drive to the New Forest, James will cook you a special meal’.”

“We had a few drinks in the bar. At half seven he pitches up and is like, ‘Hi guys, I’ve got dinner ready,’ and he even got these menus shaped up like passports and we had this lovely seven-course meal.”

As for James, he is in a long term relationship with Louise Davies, who he started dating back in 2011.

However, he said in an interview with the Sunday People last year that he has no desire for marriage or children.

He said one of the reasons why he doesn’t want to get married is because he has catered to so many weddings over the years.

He explained: “No, it doesn’t interest me in the slightest, mainly because I’ve catered for so many weddings, really.

He added that he regards his car collection as “his babies.”

He said: “My mates come round to my house and they look into my garage and I go, ‘These are my babies, these are my things,’ but you know, it’s each to their own, isn’t it?”

James Martin’s Saturday Morning continues on ITV on Saturday at 9.30am.