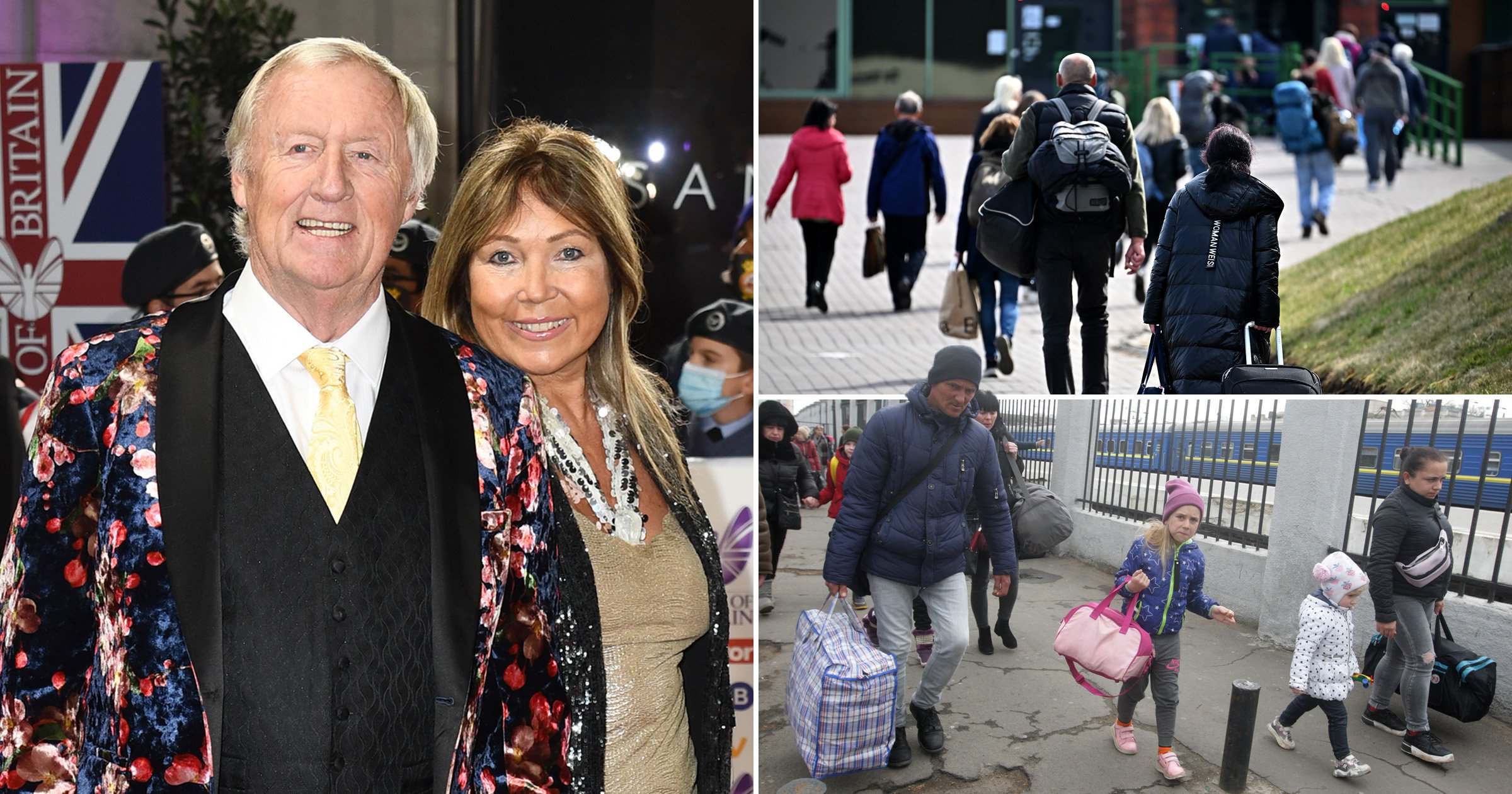 Chris Tarrant has slammed the ‘red tape’ involved after taking in a family of three fleeing the conflict in Ukraine.

The former Who Wants To Be A Millionaire presenter, 75, and his partner Jane Bird chose to accept the refugee family into their home after being moved by the plight of the people in Ukraine, who have faced shelling from Russian forces.

Chris and his family have taken in a Ukrainian woman, her nine-month-old baby, and her elderly mother, but slammed the ‘bureaucratic c**p’ that has slowed down the process for others fleeing the humanitarian crisis.

He told the Sun: ‘People are desperate to get into this country and they can’t get through all that red tape.

‘When you consider all the people who do get into this country, you think, “For God’s sake, the Ukrainians — of all people — we should be giving priority to.”’

As of April 18, the latest figures have shown that just 6,600 refugees have arrived to the UK through the Homes For Ukraine scheme, despite over 200,000 householders registering their interest in housing Ukrainians fleeing war.

Home Secretary Priti Patel had previously admitted her ‘frustration’ and apologised for the amount of time it takes for Ukrainian refugees to arrive in the UK under the current visa scheme, adding: ‘Any new scheme takes time.’

Chris had been moved to help after seeing the scenes of devastation on the news, first sending money and supplies to Ukraine, but wanted to do something directly after not knowing how much of that aid was reaching the people who need it most.

He was able to bypass some of the red tape as he is not looking to receive payment for taking the family in, who were able to arrive in the UK after the woman’s husband, who remains fighting in Ukraine, sorted their paperwork.

Chris added that the woman speaks reasonable English and the family are ‘just really nice people’.

He explained: ‘They are lovely, and it makes you think — they’ve got a baby, and these poor people have come all the way across Ukraine to get out of that b***dy hellhole.

‘When we finally made contact with them they were sleeping on airport floors in Poland, and you think, “Jesus!”’

Chris added that the ‘human spirit is very strong’ and praised the Ukrainian people for their courage in the face of such adversity.