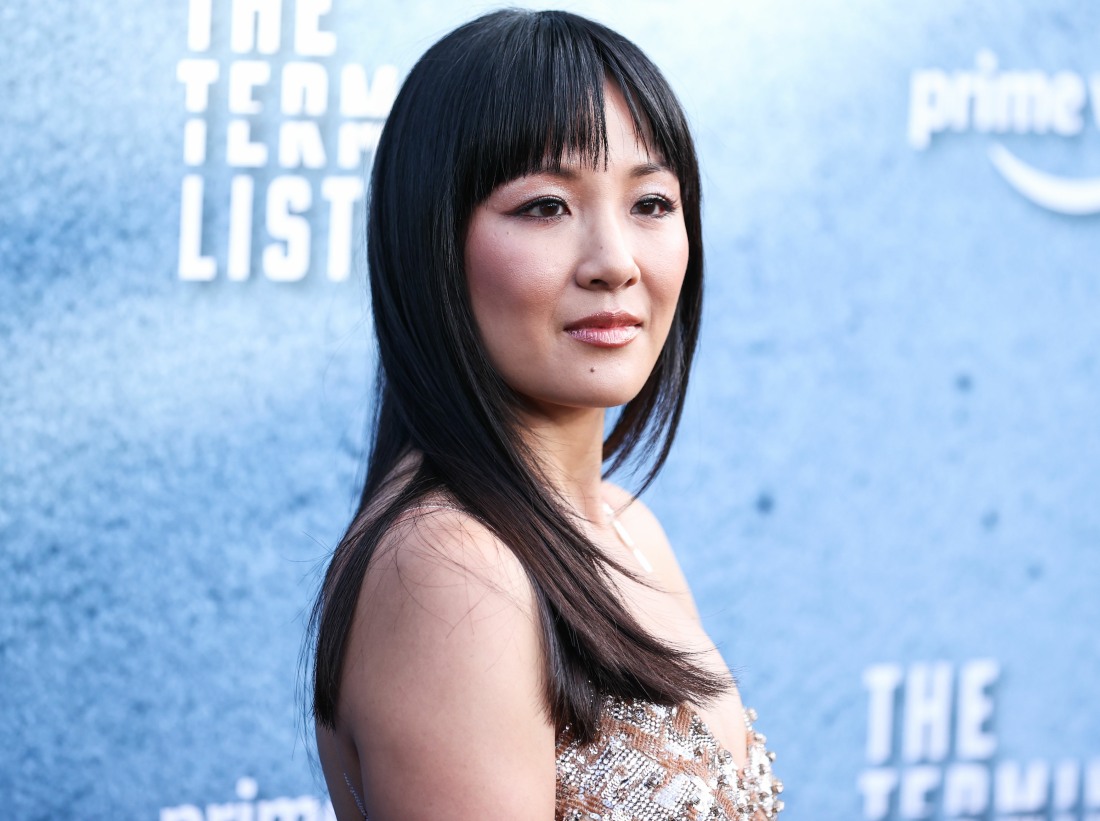 In May 2019, Constance Wu was in the center of a pretty big gossip story. At the time, Constance was one of the biggest breakouts in Hollywood. She was riding high on the success of Crazy Rich Asians, and Hustlers would come out later that year. She was also, at the time, the lead in ABC’s Fresh Off the Boat, which had already been on air for four seasons. ABC renewed the show for a fifth season, and when the news came out about the renewal, Constance decided to tweet through it. She tweeted “So upset right now that I’m literally crying. Ugh. F–k” and “f–king hell.” She made additional comments online, on social media. There was significant backlash online and within Hollywood too – you’d be foolish to think that ABC and CRA producers didn’t notice. It was a bad newscycle for her, and she spent months trying to walk back the incident in interviews. Now it appears that the whole incident was even worse than we thought. Much much worse. Wu made her first appearance on social media in years to post this (trigger warning): 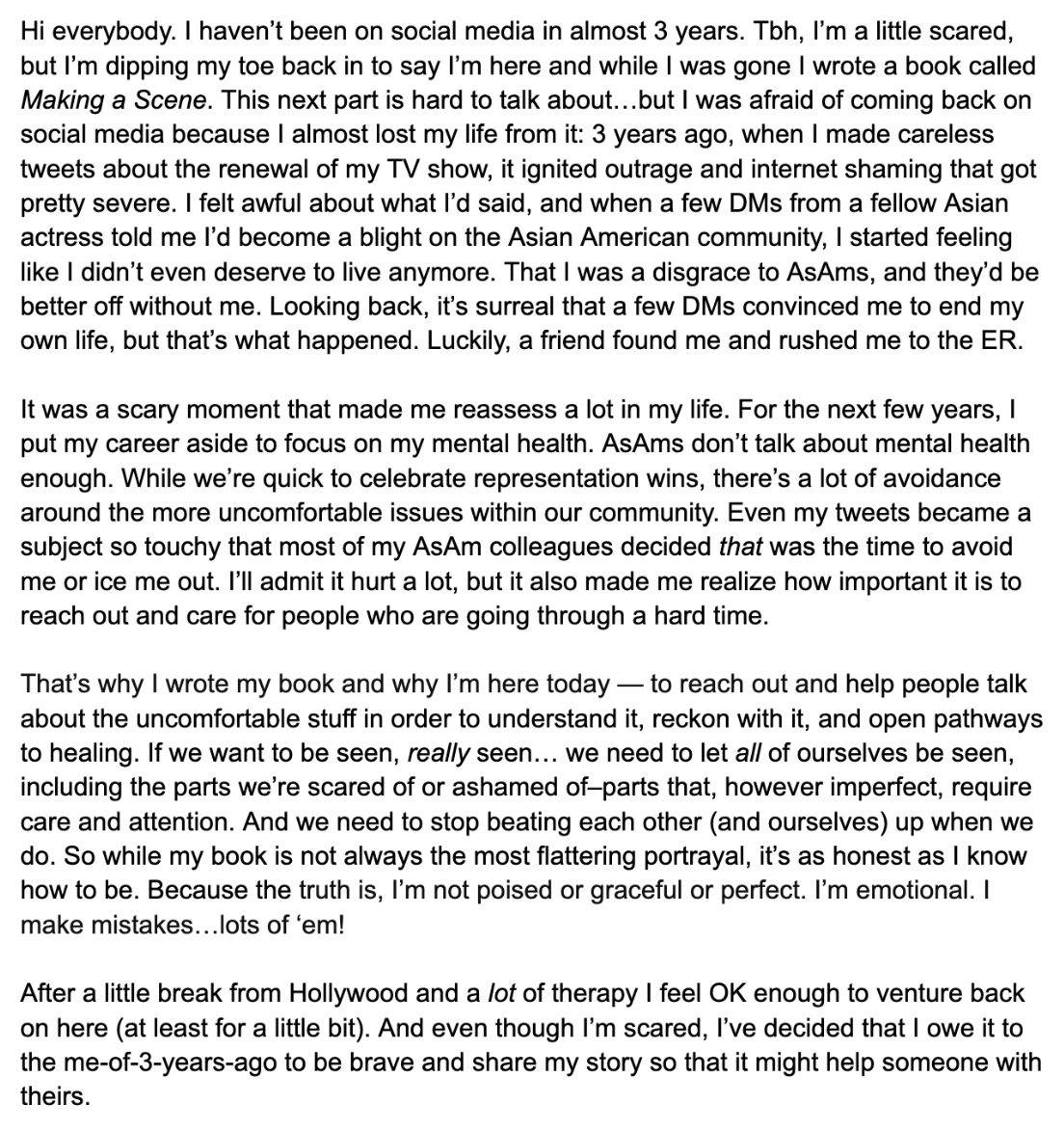 I feel so sorry for her and I’m glad she had some time away to heal and get help. Reading her interviews after the Fresh Off the Boat tweets, it was clear that she was/is a very emotional, sensitive and anxious person and that she felt pretty awful about all of it. Part of the problem is that there are so few Asian women and Asian-American women in media/Hollywood, so the few that we do see are held to these insane standards of always having to be perfect/grateful and perfectly representative of the Asian-American community. It f–king sucks that Wu was iced out, and it’s completely bonkers that an Asian actress DM’d her with that crap. 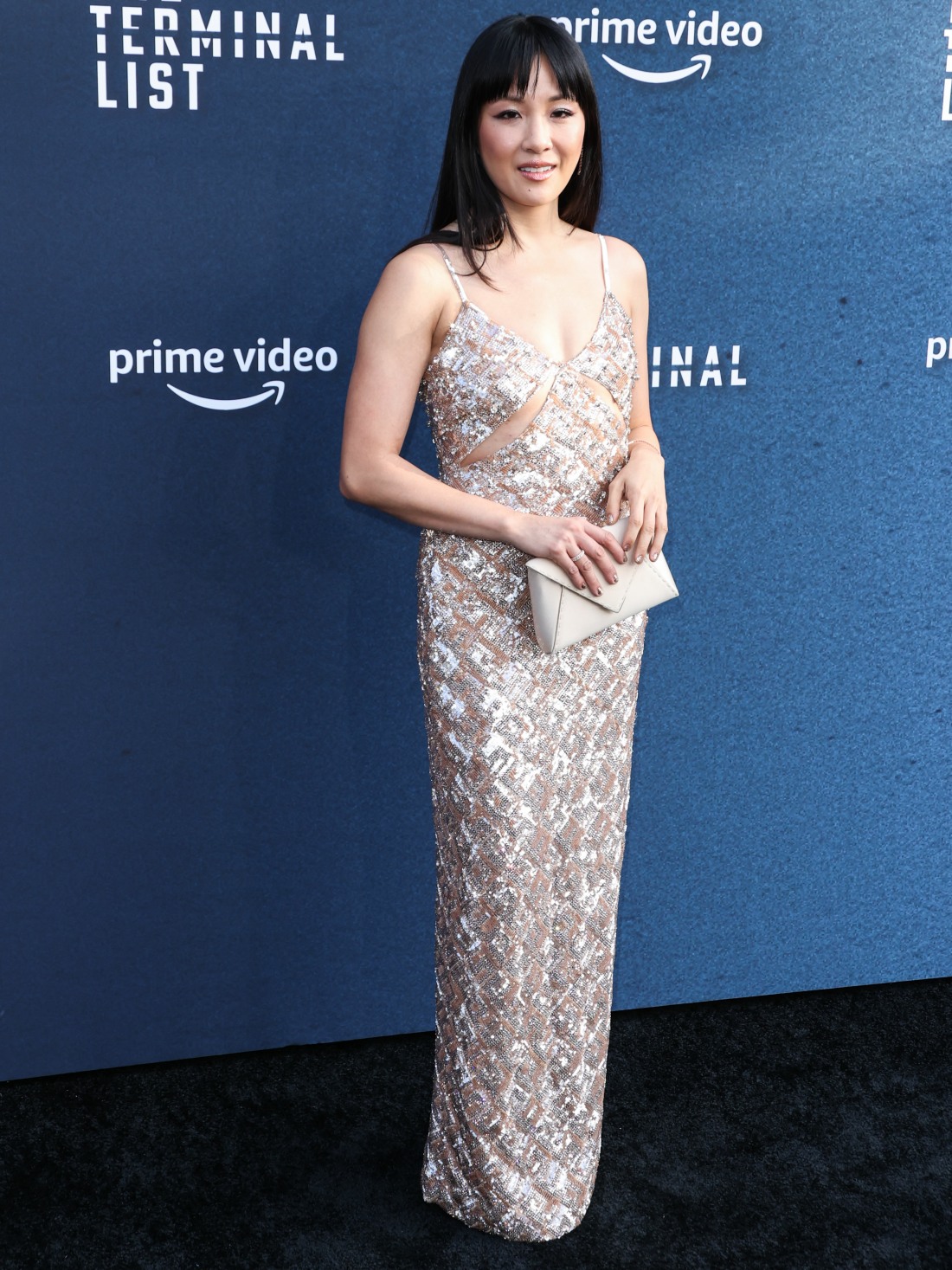