Where are the Cheers cast now? As tributes roll in for the late Kirstie Alley – who played Rebecca Howe on the iconic sitcom – DailyMail.com reveals what happened to rest of the stars

Kirstie Alley has died at the age of 71 following a short battle with cancer, four months after the 40th anniversary of the TV show that propelled her Hollywood career – Cheers.

Alley played Rebecca Howe on the iconic 1982 sitcom, which first aired nearly 40 years ago on September 30, 1982 and went on to broadcast 275 episodes across 11 seasons.

Following the news of actress’ passing on Monday, DailyMail.com can reveal where the rest of the beloved cast of Cheers are now. 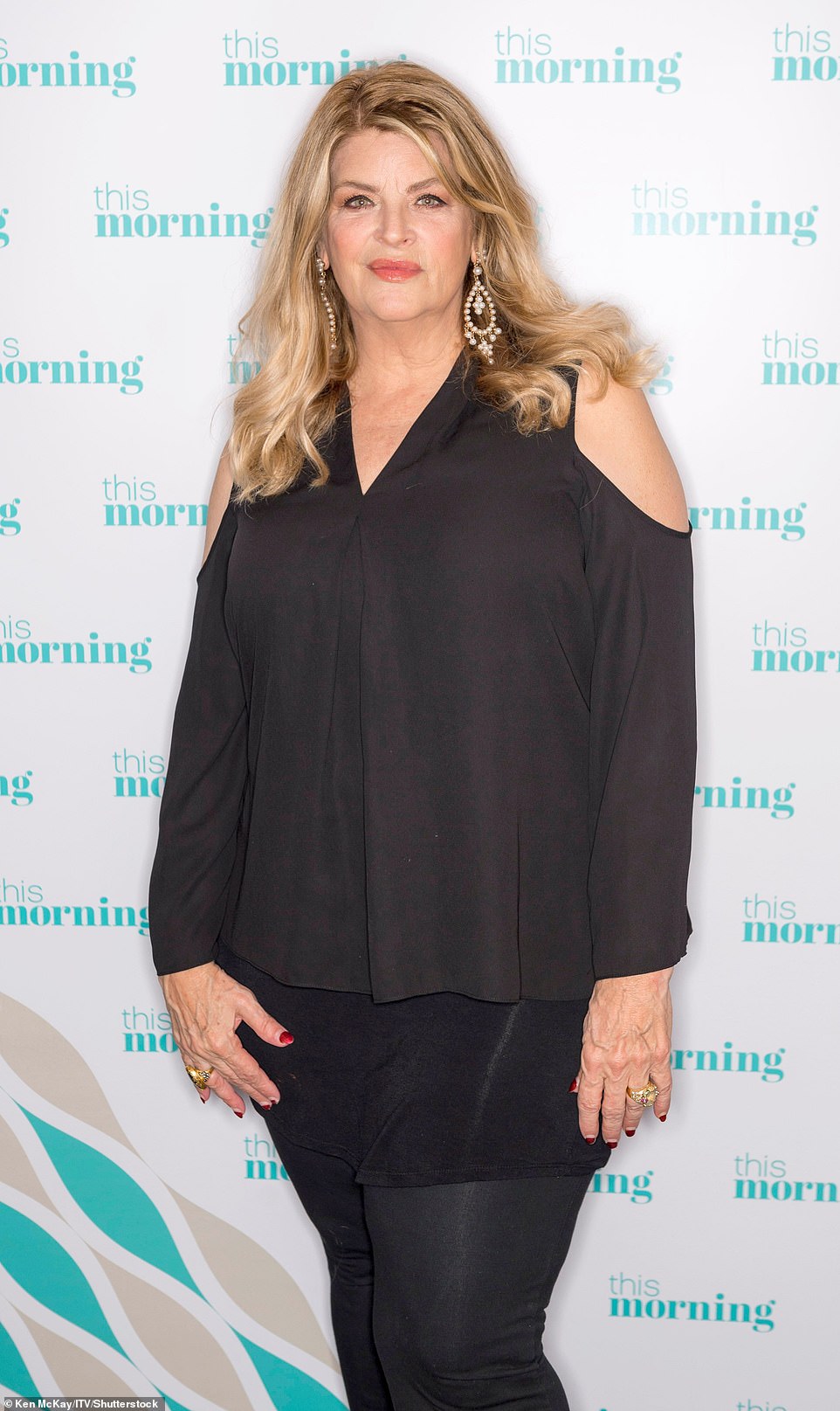 Gone too soon: Following the news of actress Kirstie Alley death at the age of 71 on Monday, after a short cancer battle, DailyMail.com can reveal where the rest of the beloved cast of Cheers are now; Pictured 2018

The children of the actress, True, 30, and Lily, 28, issued a statement on social media Monday confirming the sad news of her passing, just four months after the 40th anniversary of the show.

Alley’s family said that she ‘was surrounded by her closest family and fought with great strength, leaving us with a certainty of her never-ending joy of living and whatever adventures lie ahead.’

She earned an Emmy Award and Golden Globe for her role in 1991.

Alley had a successful career before and after Cheers, making her film debut in Star Trek II: The Wrath of Khan and starring alongside John Travolta and the voice of Bruce Willis in the Look Who’s Talking series.

She was in show business until the very end, and earlier this year she was revealed as Baby Mammoth on The Masked Singer.

Iconic series: The iconic 1982 sitcom first aired nearly 40 years ago on September 30, 1982 and went on to broadcast 275 episodes across 11 seasons

Allie had been married twice and leaves behind two children. She was also a member of and vocal supporter of the Church of Scientology.

She also made headlines later in life, claiming last year that she had become ‘blackballed’ by Hollywood after vocally supporting Donald Trump and the Republican party.

The star expressed her confusion at why her support of Trump was so controversial: ‘It’s so strange to me because artists are free-thinkers, for the most part. You can be cooking meth and sleeping with hookers, as long as apparently you didn’t vote for Trump.’

Despite previously labeling herself a moderate liberal, she appeared on Tucker Carlson’s show claiming CNN was ‘terrorizing viewers’ with its constant coronavirus coverage.

She also blasted the Academy Awards after organizers announced that they would update diversity rules in order for films to be eligible for best picture nominations.

‘[C]an you imagine telling Picasso what had to be in his … paintings,’ Alley wrote on Twitter. 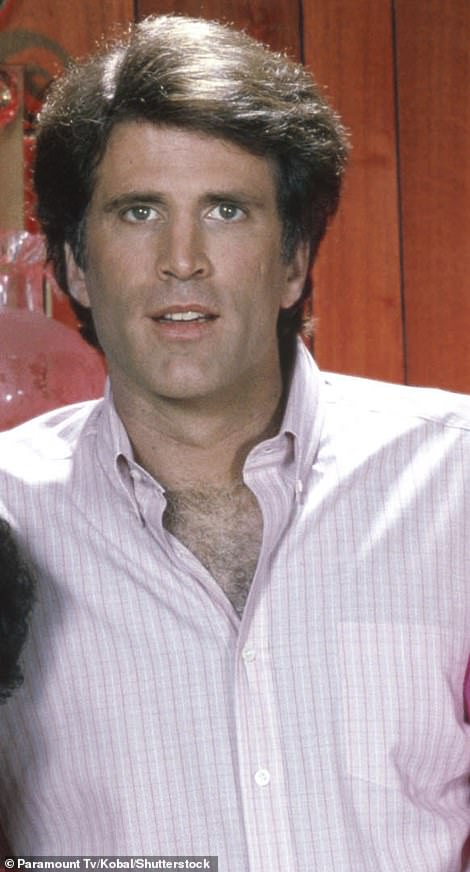 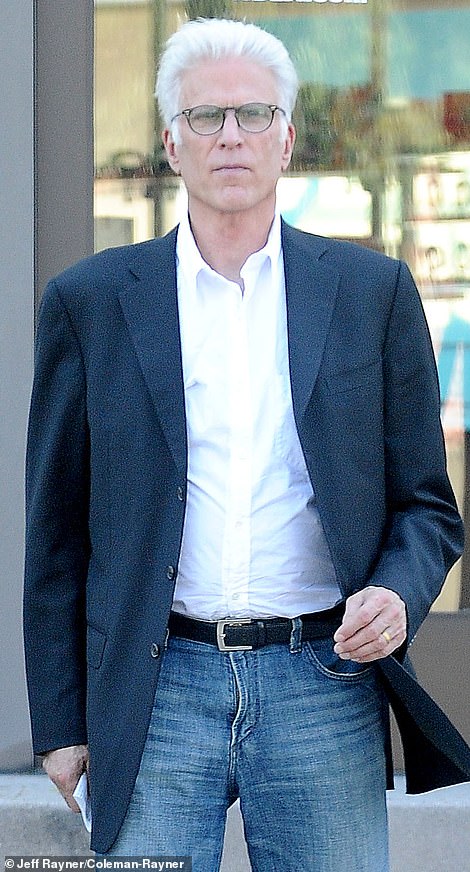 Ted Danson, 74, starred as Sam Malone on the hit show and was one of only three characters to appear in all 275 episodes.

His character Sam was a former baseball player for the Boston Red Sox whose battle with alcoholism led him to quit his sports career and open a bar – where he was adored by his patrons and was skilled at seducing beautiful women.

Danson on the other hand is much more of a one-woman man, having been married to actress Mary Steenburgen since 1995 after meeting on the set of Pontiac Moon in 1993.

‘I’m in love. We’re in love. That handles a lot. We make each other laugh. I admire her. If I could be a woman, I’d want to be her,’ Danson gushed over his wife, with whom he celebrated 25 years of marriage in 2020.

Before meeting Steenburgen he had been married twice and famously dated Whoopi Goldberg.

After Cheers, he’s remained a fixture on television and has appeared in lead roles in a number of hits including Becker, Fargo, CSI, The Good Place and as a guest on Curb Your Enthusiasm. He is now most often seen in adverts for phone company Consumer Cellular.

Danson was nominated for 11 consecutive Emmy Awards for his role as Sam, finally winning Best Actor in a Comedy in 1990 and then again in 1993. He has two children with second wife Cassandra Coates, who he divorced in 1993.

He is a pescatarian and is a dedicated advocate of ocean conservation. 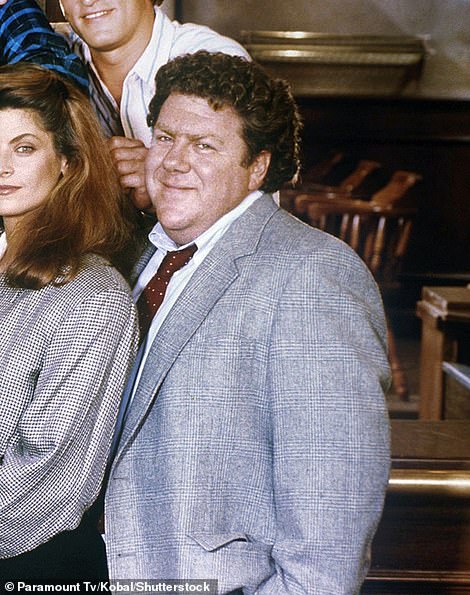 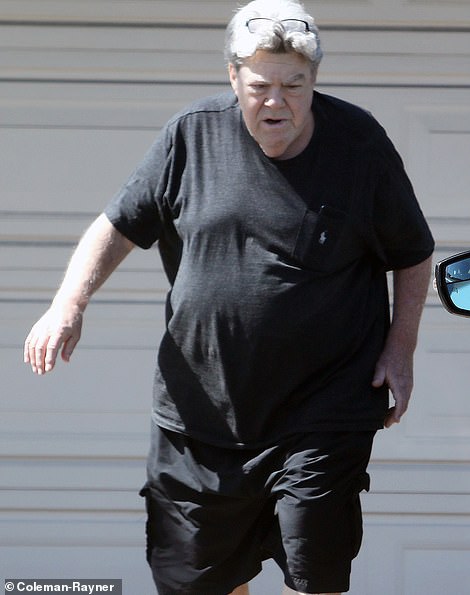 The Hollywood-based star keeps an extremely low profile these days and has little to no social media presence.

DailyMail.com last spotted him in September in a rare public outing just ahead of the 40-year anniversary of the sitcom that made him famous. Prior to that he was seen nearly a year ago in October 2021, though he did appear at a Comic Con event in Philadelphia back in June 2019.

Hailing from Chicago, prior to acting Wendt was expelled from the University of Notre Dame in Indiana over poor grades before moving into showbusiness, where his first job was sweeping a theatre floor.

Guest roles in Taxi and M*A*S*H were followed by his big break on Cheers, and two years after it finished he launched a self-titled sitcom on CBS, but it was canceled after eight episodes.

Other than his success in the hit sitcom, the popular entertainer has appeared in shows such as Sabrina The Teenage Witch, Columbo and Wings.

He also had a recurring sketch on SNL’s Bill Swerski’s Superfans, which was dedicated to sports fans from Chicago.

Wendt has been married to Bernadette Birkett – who played the voice of the mysterious Vera on Cheers – since 1978 and they have one daughter and two sons. The couple live in Los Angeles. 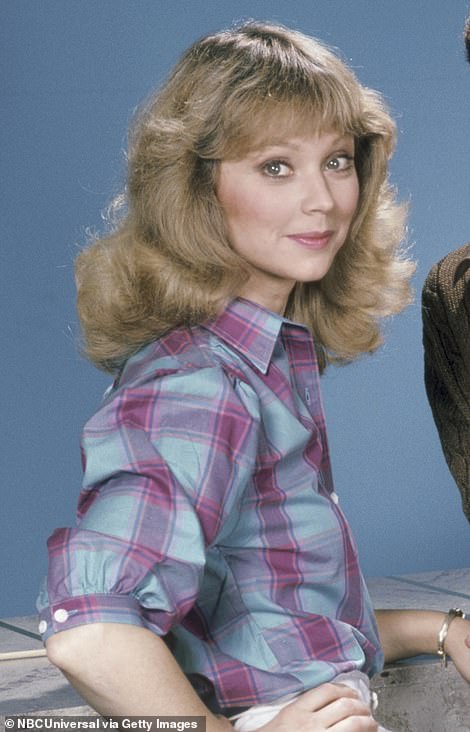 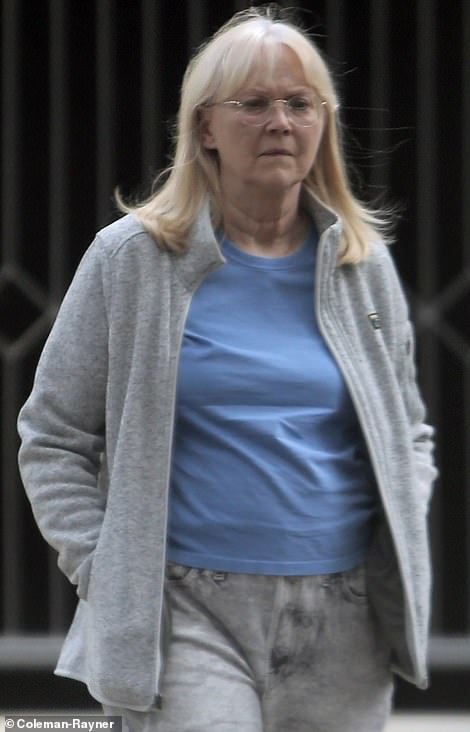 Shelley Long, 73, found fame playing intellectual barmaid Diane Chambers in the 1980s sitcom but has also appeared in a string of other hit shows and movies including The Money Pit, Troop Beverly Hills, Hello Again and The Brady Bunch Movie.

Shelley quit at the end of Season 5 in 1986, believing her character had run its course.

But she reprised her Cheers role to appear as a guest character on Frasier opposite on-screen love interest Kelsey Grammer.

In his 1995 biography ‘So Far’ Kelsey claimed Shelley was unpopular with producers on Cheers. He claimed producers grew tired of her constant complaints about his own character and plotlines.

Shelley, who has been divorced twice and is a mother of one, has lived in a $1.3 million condo in the upscale West Los Angeles enclave of Pacific Palisades, California, since divorcing her second husband Bruce Tyson in 2004.

But according to locals, she is rarely seen out and about. 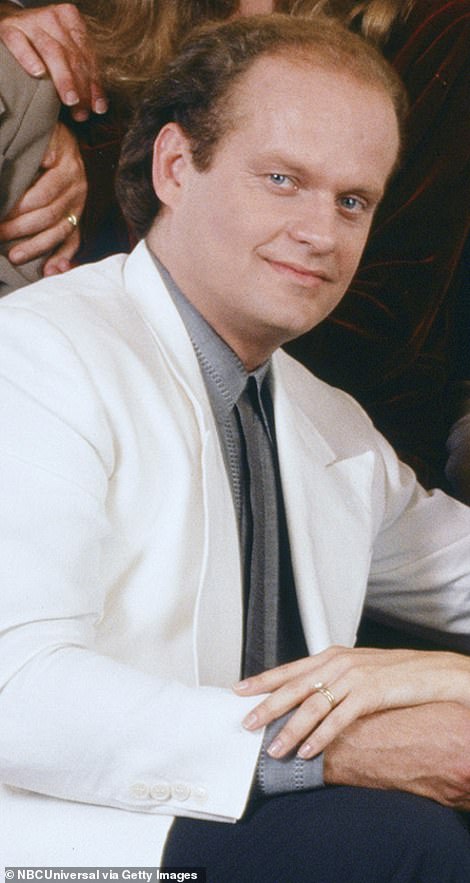 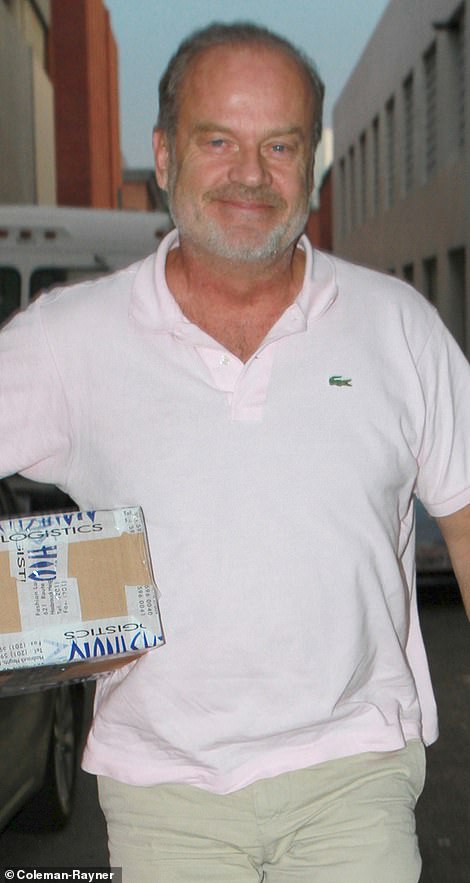 What began as simply a guest spot, Grammer’s Frasier became a fixture at the bar and a beloved series regular.

His career took off with Cheers and he went on to portray the Frasier character for 20 more years with the hugely successful spin off Frasier, for which he won four Emmy Awards.

Frasier won 37 Primetime Emmy Awards, which was then a record for the most Emmys for a scripted series, including five straight wins for Outstanding Comedy Series.

After Frasier ended in 2004, Grammer began appearing in more films, and scored roles in blockbusters including X Men: The Last Stand and Transformers: Age of Extinction and was known for his voice work, notably as the evil Sideshow Bob in The Simpsons.

Grammer has been married four times and has seven children, including three with current wife Kayte Walsh, a British flight attendant 25 years his junior.

He is still acting and recently starred in sports film High Expectations, which came out this year. 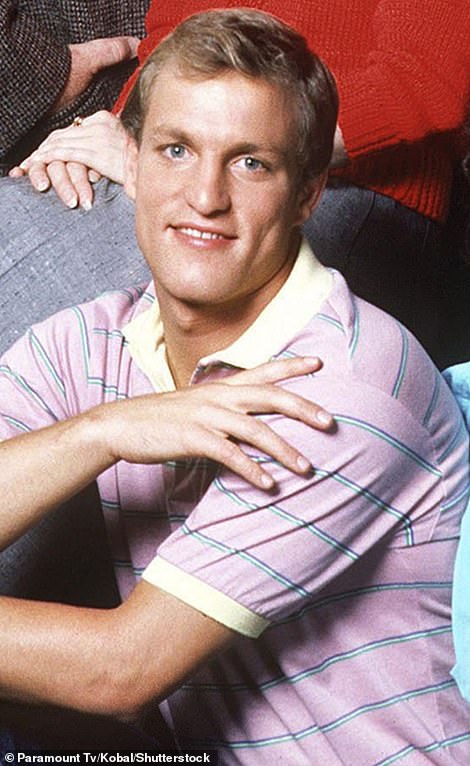 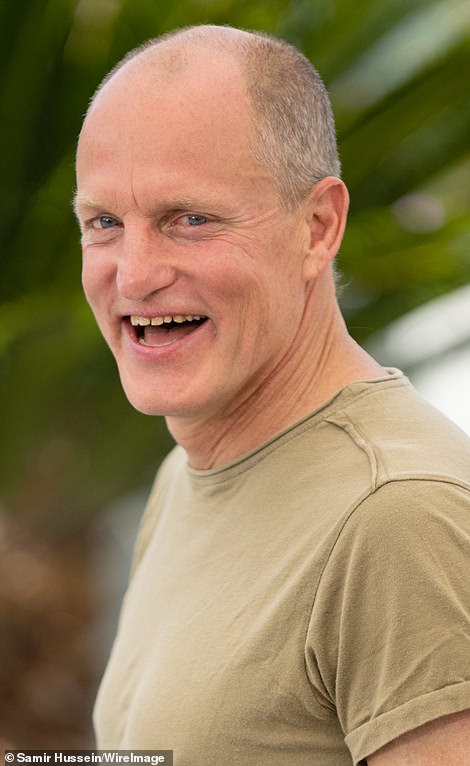 Woody Harrelson, 61, arrived at the bar in season four as the new bartender Woody Boyd. He went on to win an Emmy Award for his role and five nominations.

Cheers was the actor’s first ever role, yet he is arguably the most successful of the cast, appearing in numerous hit films and television shows, including Oscar Best Picture winner No Country for Old Men, the Hunger Games franchise and his Emmy-nominated role in HBO’s True Detective.

He has been nominated for an Oscar three times for The People vs Larry Flynt, The Messenger and Three Billboards Outside Ebbing, Missouri.

Harrelson is a vegan and well known for environmentalism and charity work.

He is also an athlete, playing in two Unicef Soccer Aid matches in the UK in 2010 and 2012 for the Rest of the World team. In 2020, Harrelson was seen practicing Brazilian jiu-jitsu while filming and is a white belt.

He is a father to three daughters with his wife Laura Louie, who he has been with since 1987.

Rhea Perlman, 74, appeared in every episode of the show as impatient waitress Carla Tortelli who was well-known for her violent temper and disdain of almost everyone in the bar aside from Sam.

Her banter with character Diane was always a comic highlight, as was her ever expanding brood of children.

Like the majority of her castmates, Cheers catapulted her into stardom, although she had a small role on popular comedy Taxi prior.

After the show she reprised her role as Carla on a few occasions, including on The Simpsons and Cheers spin-off Frasier, and made sporadic appearances in films, including 1996’s Matilda as the heartless mother, alongside real-life husband Danny DeVito.

She’s guest starred in hit comedies including The Mindy Project, Mom and Hot in Cleveland.

Perlman and DeVito have been married since 1982 and have three children, with eldest daughter Lucy following her parents into acting. 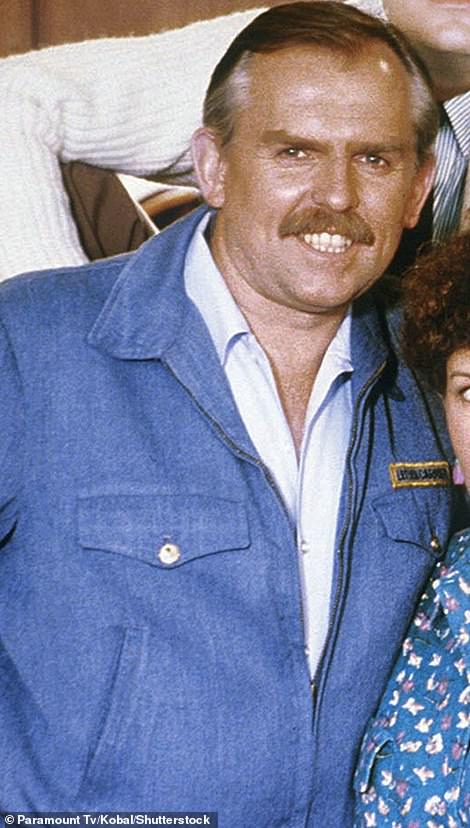 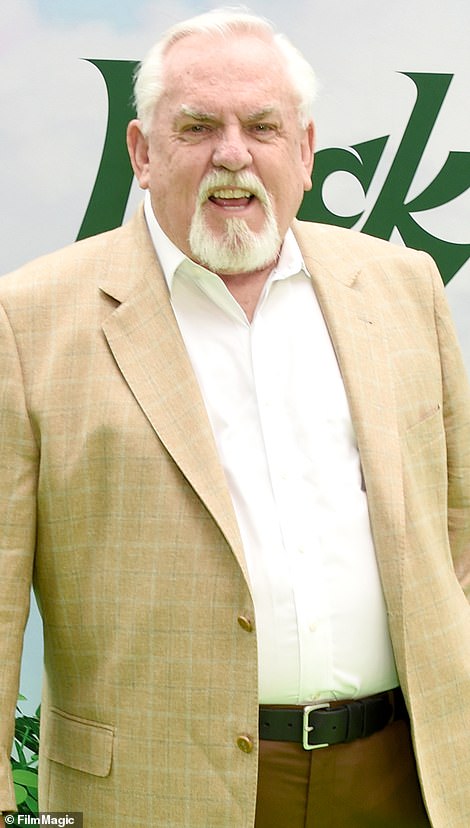 John Ratzenberger, 75, played Cliff Clavin in the series. Cliff was a postal worker who lived with his mother and found it hard to talk to women. He saw Ted Danson’s Sam as a hero.

His character knew useless and questionable facts and happily spoke to anyone who came within a few yards of them.

Despite his numerous annoying tendencies, Cliff had a heart of gold and, although they didn’t always show it, the Cheers gang loved him to bits.

Born in Connecticut, Ratzenberger made his way into performing while working as a house framer in London.

He has been married three times and has a son and daughter.

Ratzenberger had small roles in blockbusters Superman, Superman II and The Empire Strikes Back.

His voice has made him the most famous as Ratzenberger has appeared in several Pixar film and is known as the studio’s mascot, notably as Hamm the Piggy Bank in the Toy Story series, in Cars, A Bug’s Life and more. 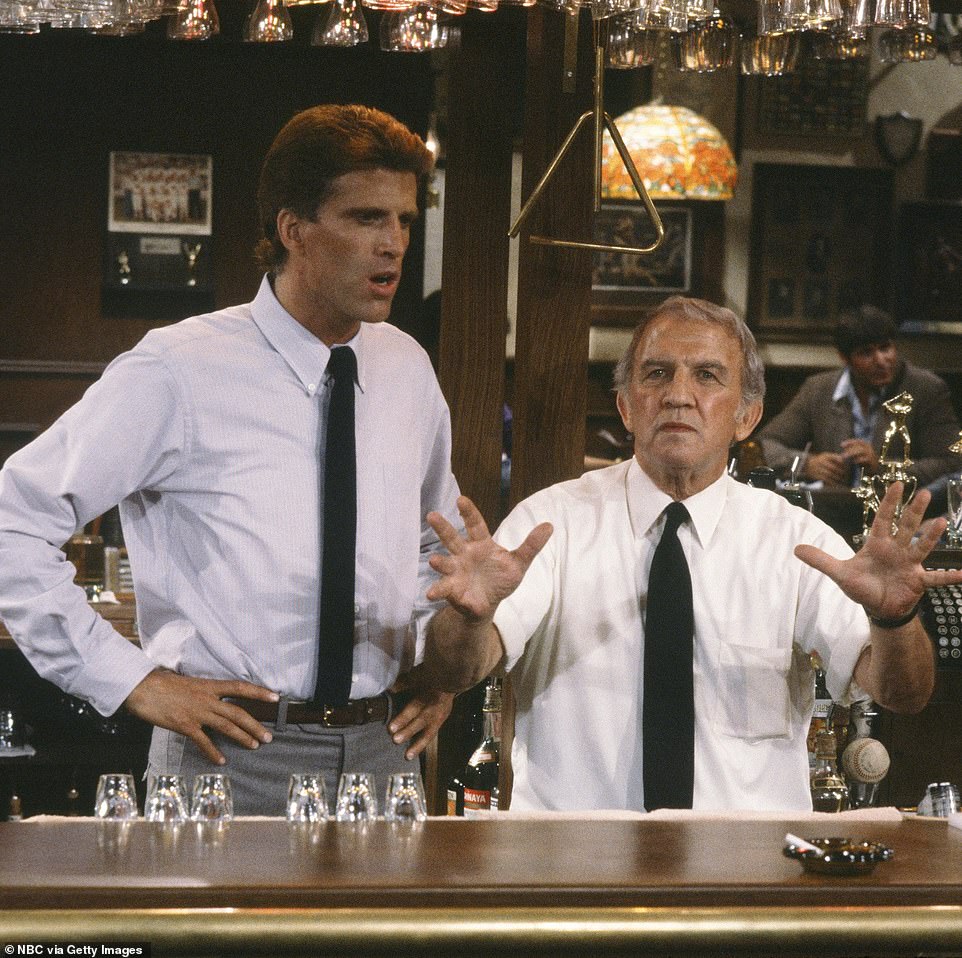 He came into the role after directing episodes of shows including Starsky and Hutch, CHiPs, Columbo and the original Hawaii Five-O.

He developed heart disease in the mid-1970s and was set to retire before being offered the role in Cheers.

During season three of the show, he was hospitalized. After being released in February 1985, he suffered a fatal heart attack and died at home in Los Angeles at the age of 61.

He was written out of the show as having died off-screen and a picture from his dressing room was placed on the set as a tribute.