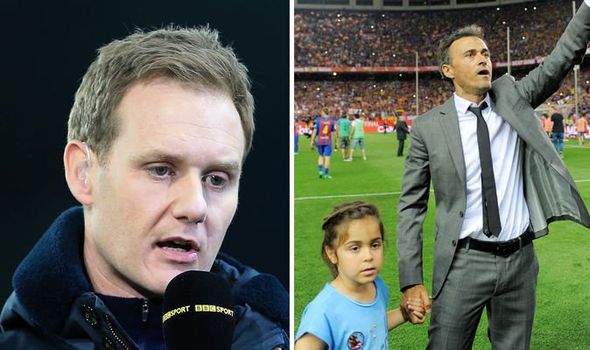 Miss Enrique tragically died at the age of nine following a battle with osteosarcoma, a form of bone cancer. She was the daughter of Luis Enrique, who resigned as Spain’s football coach in June to spend more time with Xana. Dan tweeted: “Incredibly sad to hear that Luis Enrique’s 9-year-old daughter, Xana, has died of cancer.

“He said she ‘will be the star that guides our family’”.

The tweet was accompanied by a picture of Xana wearing a Barcelona kit and celebrating one of the nine trophies her father won in a three year spell as Barcelona manager.

Several users tweeted to share their sadness at the news: “Heart breaking. When I first read it, I had to go and find both my girls and hug them. No idea the pain he’ll be going through now. RIP Xana.”

Another added: “Horrible news, worst news possible for a parent to take.” 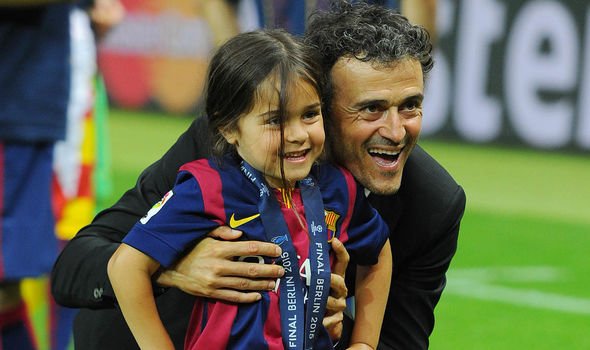 One user wrote: “Cancer is horrible. So sad and taken too young and too soon. Thoughts with her family and friends. Rest in peace little one.”

Luis had released a statement on Thursday night saying: “Our daughter Xana has passed away this afternoon at the age of 9 after fighting for 5 intense months against osteosarcoma.

“We thank all the gestures of affection received during these months and we appreciate the discretion and understanding.

“Also thanks goes to the staff of the San Joan de Deu and Sant Pau hospitals for their dedication and treatment, to the doctors, nurses and all the volunteers. With a special mention to the team of palliative priests of Sant Joan de Deu.” 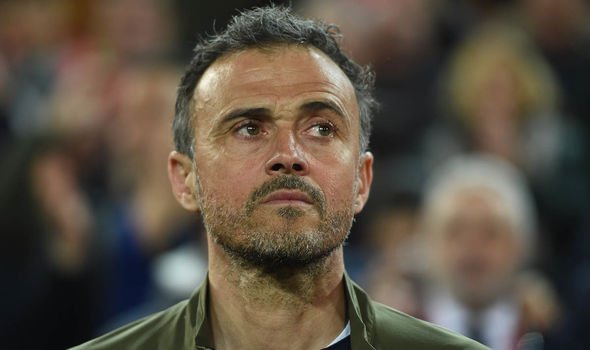 His words concluded: “We will miss you very much but we will remember you every day of our lives in the hope that in the future we will meet again. You will be the star that guides our family.

Barcelona said: “Our condolences and all our sympathy for Luis Enrique and his family at this very difficult time. RIP Xana.”

Lionel Messi, who played under Luis added: “We are with you, all the strength of the world.” 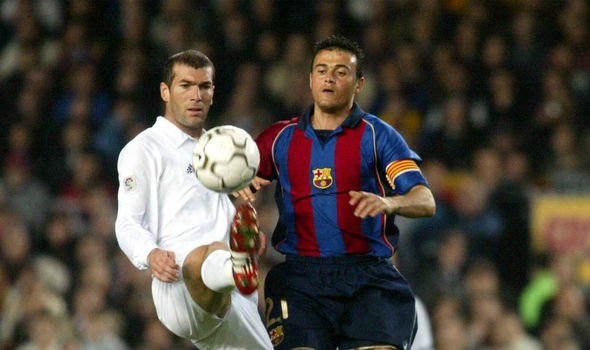 Real Madrid said they “join the pain” and “want to convey their deepest condolences to them at these difficult times”.

The Spanish Football Federation said it “mourns the sad loss of little Xana” and it “wants to show our condolences to family and friends, joining us all today to their pain”.

Since retiring in 2004, he has gone on to manage Barcelona B, Roma, Celta Vigo and Barcelona as well as the Spanish national team.

BBC Breakfast airs weekdays at 6am on BBC One.