As BBC Breakfast host Dan Walker, 43, discussed today’s headlines with his co-star Louise Minchin, 52, he could be seen discreetly trying to remove something from his teeth. An eagle-eyed viewer noticed the moment and took to Twitter to query Dan.

I forgot I was on telly for a moment #BBCBreakfast

The presenter replied: “I think it was last night’s kebab [crying with laughter emoji].

“I forgot I was on telly for a moment #BBCBreakfast.”

The moment was picked up by the eagle-eyed viewer as he discussed a poodle named Onyx, who has hit the headlines due to looking like Queen guitarist Brian May. 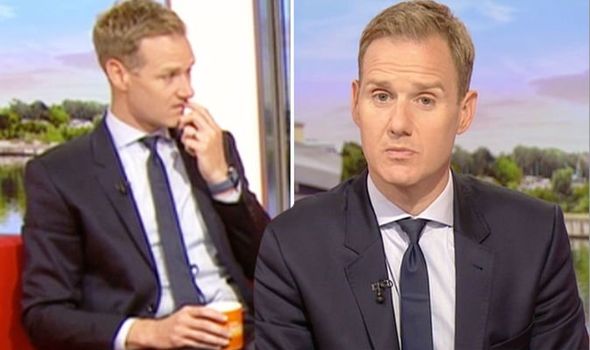 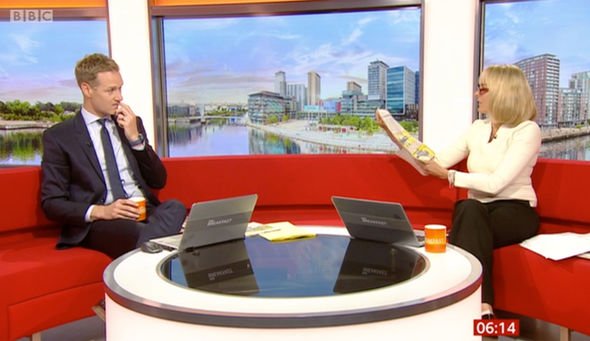 Dan is no stranger to addressing fan’s queries on Twitter, in view of his 668,000 followers.

Also this morning, a viewer asked if the pair’s laptops were new or whether they had changed their stickers. 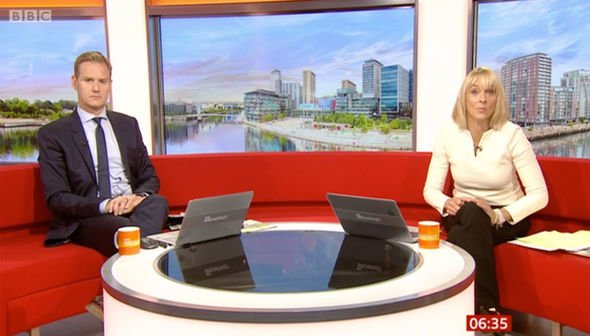 Other viewers claimed they had also noticed the change, with another adding: “I had noticed them this morning even though they are the same colour as your laptops.”

“Much better in HD,” a second joked.

Yesterday, the hosts’ computers continued to grab the attention of viewers as another wrote: “Morning Dan, appreciate there are bigger fish to fry but thought I’d better let you know the sticker on your laptop is starting to peel off.”

He replied: “Thank you. I will adjust the sticky stuff #BBCBreakfast.”

Also this week, Dan caused a stir on the micro-blogging site when he asked people what they called their television remote control.

Dan shared Richard Osman’s post, which read: “Has anybody seen the remote control? It’s not on the side.”

The presenter then asked his followers: “Does anyone actually call it the ‘remote control’? It’s the ‘hoofer doofer’ in our gaff.”

“The doo-dah in ours,” India Willoughby wrote.

A third penned: “You are ALL wrong. It’s obviously ‘the buttons’.”

A fourth wrote: “My partner calls it the box and to this day I’ve no idea why.”

BBC Breakfast airs daily from 6am on BBC one.