David Beckham was reportedly offered the chance to queue jump, but turned it down and stayed in the regular line. He was later seen wiping away tears when he saw the late monarch’s coffin in Westminster Hall.

Many fans praised him for not using his celebrity status to try and get ahead of everyone else, however others have since suggested he may have been there to increase his chances of getting a knighthood to become Sir David Beckham.

The 47-year-old is said to be eager to be honoured the title after receiving an OBE for services to football in June 2003.

At the time, he had just signed a deal with Real Madrid after leaving Manchester United.

Hopes for a knighthood were previously squashed after he was reportedly red-flagged by HMRC over his alleged involvement in a tax avoidance scheme. 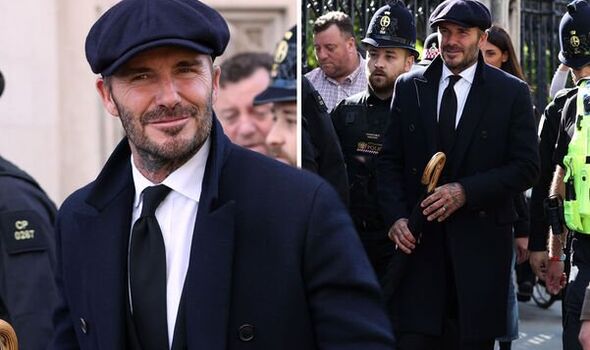 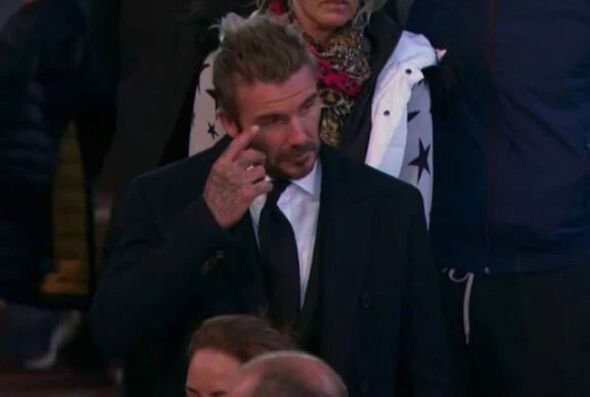 A source told The Sun he “had no knowledge of what was going on at the time”.

He’s now said to have been given the all-clear on the matter however, so could a knighthood be possible?

The topic divided many social media users on Twitter who put forward their thoughts.

In response to a viral video of him mingling with mourners, Greg Double commented: “David Beckham is still grafting for that knighthood. You love to see it.” 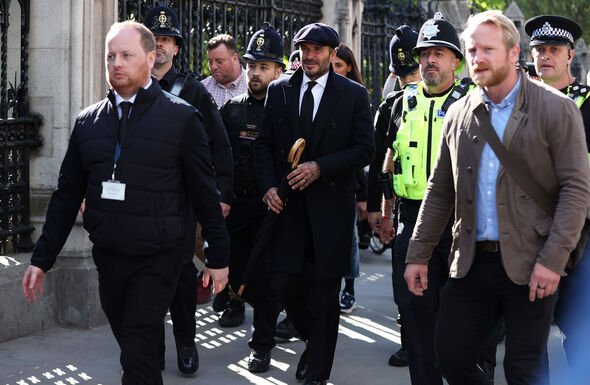 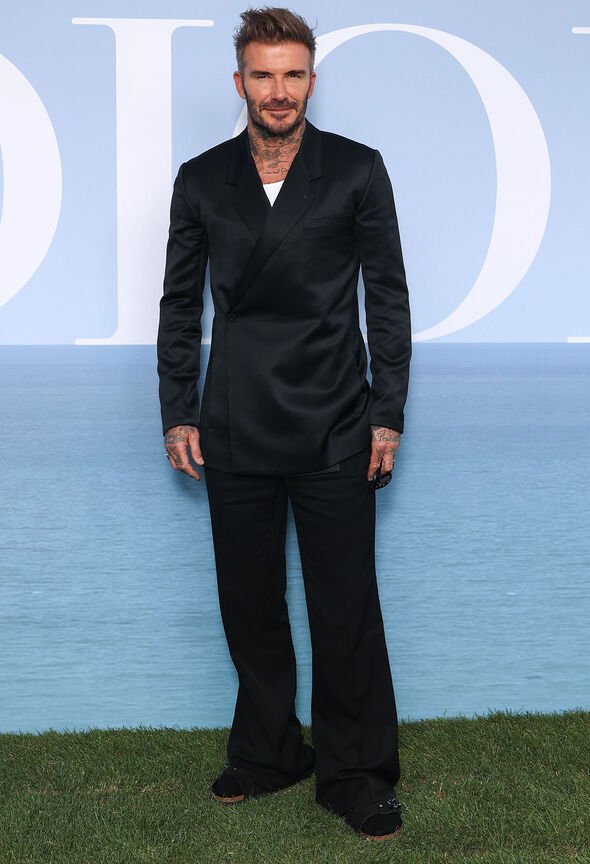 Rupert Myers added: “David Beckham, queuing to see the Queen lying in state (and possibly still hoping for a glimpse at a knighthood).”

Miss Doc wrote: “David Beckham really will do anything for that Knighthood. #QueueForTheQueen #lyinginstate #QueenElizabethII.”

In his defence, Steven Gaitt fumed: “What an unpleasant, cynical world we live in. Some just want to see the worst in people. And it’s getting worse.

“According to these idiots, David Beckham only went to see The Queen and spent 12 hours queuing up because he wants a knighthood. Seriously. Grow the f**k up.”

Paul Dreczko added: “Honestly can’t understand the hate towards David Beckham just because he queued to see our Queen.

“He didn’t do it for a knighthood, he did it out of respect. #TheQueen #QueenElizabeth #queueforthequeue.”

Andy commented: “It’s really quite pathetic of those people saying that David Beckham only queued for a knighthood. One can only assume they are jealous of him.”

David said witnessing the coffin was “very emotional”, adding: “The silence, the feeling in the room is very hard to explain.

“We’re all there saying thanks to Her Majesty for being kind, for being caring, for being reassuring throughout the years she’s been our Queen.

“The legacy that she has left is incredible.”

He went on to say paying his respects to the Queen was “the right thing to do”.

The late monarch died aged 96 surrounded by family members at Balmoral on September 8.