“That’s where I know I belong. “I am a mother to three kids who are not kids any more and that is my greatest challenge and also my greatest pleasure.” She adopted her daughter Billie, 29, with first husband Lenny Henry, while her second husband, charity executive Mark Bignell, has provided her with two stepchildren Lily, 29, and 26-year-old Olly. And although Dawn is always mindful of their natural mother, she rarely refers to them as stepchildren – for Dawn, motherhood is just about who you love, regardless of birth relationships. 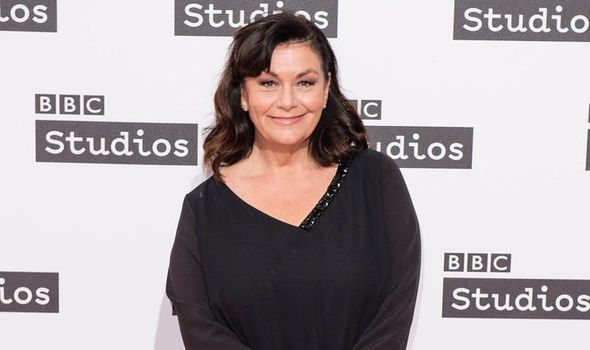 Like much of the country, the whole family spent far more time together than usual during the early part of lockdown at her house in Cornwall.

“I was at home with my daughters and my husband,” she says, “and my son was 20 minutes up the road with his girlfriend.

“It was curious because it’s normally just my husband and me. We made the best of it. We had lots of time together and there was lots of cooking and talking and TV and we watched a lot of RuPaul (star of the Drag Race reality show) – and that was excellent – and lots of baking.

“We’re very lucky that we live in Cornwall so we had lots of fresh air and nice walks and experience we kept ourselves to ourselves.”

Now the Vicar of Dibley star has written a new novel, her fourth, which explores her ideas about what it means to “belong” in a family, regardless of whether or not you are related by blood.

Because Of You, which came out last week and went straight into the Sunday Times bestsellers list, tells the harrowing but uplifting story of Hope, a woman who steals a baby girl from a hospital after her own was stillborn, and raises her as her own, not revealing the truth about where she came from until she turns 18. 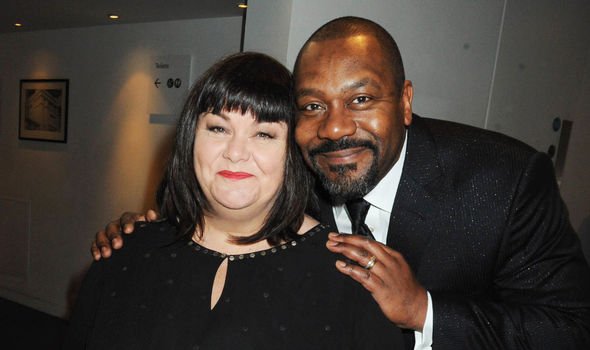 It is a book about mistakes, regret, forgiveness and unconditional love.

The book is dedicated to: “My kids, Billie, Lils and Olly, because it’s all about being a mum”. It’s easy to draw parallels between the plot and some of Dawn’s real-life circumstances but, she says, on the contrary, she had already thought long and hard over what motherhood was all about years before she decided to become a mum herself.

The star’s own mother Roma, who died in 2012, was a charity worker who played a part in finding foster and adoptive homes for children as part of her work.

Dawn, 63, has spoken often about their relationship and the legacy of her mother’s ideas and wisdom: “I was mothered incredibly well,” she says. “We fell out often but we always fell back in again.

“You’re supposed to rebel, and that’s fine. But we were very close. I’ve now moved into the matriarchal position in my family, and I do that with her training and guidance in my pocket.”

And part of that guidance was a broad and accepting approach to what constitutes family, which has seeped through into her writing.

“My mum was very involved in fostering and adoption,” Dawn says. “She sat on many panels and we talked about it often.

“All I know is that those who love you and step up for you and raise you are very important, as are your birth parents.

“Of course, I bring a bit of my lived experience into whatever I write one way or another but the major part of it is my imagination. I like to investigate big themes in my books and this one is another big theme of family and belonging and identity. It’s big stuff.”

It certainly is. She faced a formidable challenge in making her main character sympathetic, even though she has taken someone else’s child.

The scene in which Hope loses her own baby is heart-wrenching, and Dawn was determined to do the subject justice by researching it thoroughly. 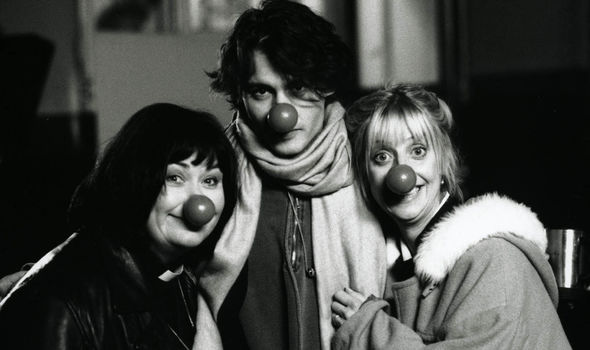 “I talked to a midwife at Treliske hospital in Cornwall,” she says. “I spoke to some people I know who have had that same experience, that tragic experience at birth.

“It was difficult to do but I tried to write that in as tender a way as I could.

The truth is, when something that devastating happens to you, without a doubt you fracture a bit, and that gave me a reason why Hope could do what she does.

“If everyone was likeable and sympathetic, I wouldn’t be interested really. We need to scratch all of the edges of people as well as the centre. I wanted to challenge my readers with a bit of a moral dilemma. It’s tricky stuff. Has this child in the end been brought up in the right family? Has she landed in the right place?”

The novel also touches on the issue of how to accept newcomers into the family – something Dawn says she is happy to do in real life. 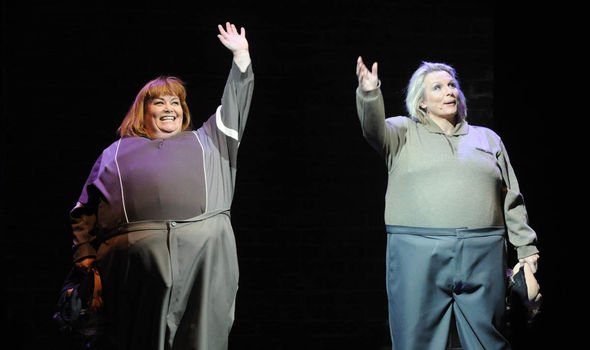 “You love anyone who loves your kids properly,” she says, “and that is the whole point of expanding your family, isn’t it? That’s the natural order.”

Next up, Dawn is keen to expand her family even more – with the prospect of grandchildren.

Her appetite for granny-dom has already been whetted thanks to her comedy partner and close friend Jennifer Saunders, who has several grandchildren.

“I am ready!,” Dawn announces. “Because of You comes when Hope goes through names she’d like to be called when she becomes a grandmother – including Queen, Momma, Gramma and Your Highness.

So has Dawn made a decision about what she’d like to be called when the time comes? 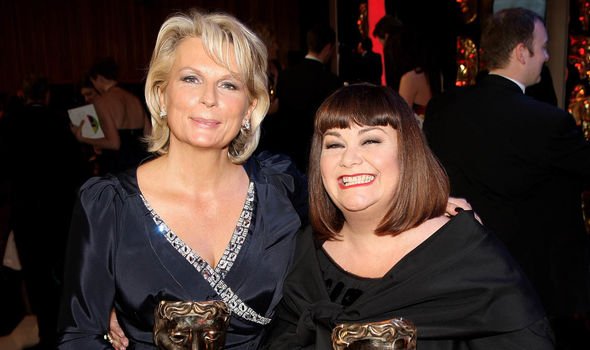 “No, I haven’t yet,” she laughs. “I think until you’ve met the children that’s quite hard and I think they ought to choose really, with a bit of guidance.

“If Smelly is the first thing that comes out of their mouth I might edit that, but pretty much almost anything else will do.”

In the meantime, after lockdown was relaxed, Dawn and Jennifer got together to record their Audible podcast French and Saunders Titting About. “She lives quite near me, Jen, and we went to a fantastic studio we know in Plymouth and we sat around and… titted about,” Dawn says.

“It was a chance for us to be in each other’s company, which is my idea of the most fun I could have. 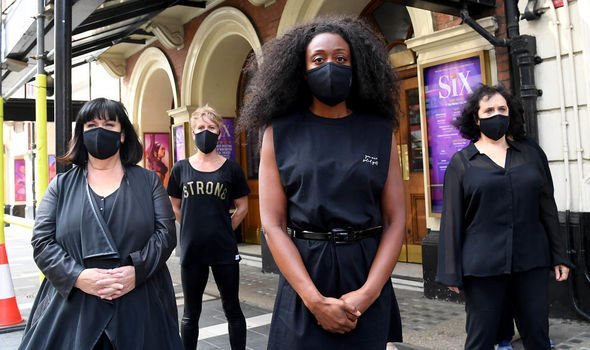 “There’s been a fantastic response to it and they’re asking us to do another series so we will have to try and find time to fit it in but I am definitely up for it.”

Now the children have left their lockdown quarters and life has gone back to normal – Dawn and Mark are living alone with their dog Goodie and cat Mowzer.

And mostly that’s just how she likes it, lots of writing, lots of walks on the beach, and the odd dollop of noisy company.

“Ordinarily it’s just the two of us and the odd visitor so it’s quite quiet and I like that,” she says. “I’m a functioning introvert.” 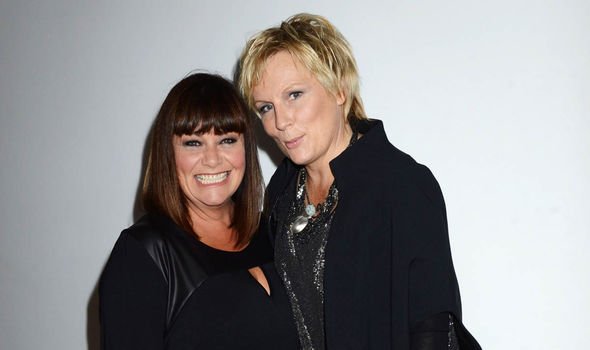 When called upon, she says, she enjoys stepping up to give her public the “gregarious, big, showing off stuff” we know her for – “but I’m 98 per cent hermit, and happy with that,” she adds.

“The dog and cat are marvellous companions.

The dog sits behind me whilst I write. We vary between quiet and just the two of us and then big gangs and families on Sundays.

“We’re quite a musical family so there’s always instruments and a bit of dancing. It’s always good fun to be with my beloveds.”

Because Of You by Dawn French is out now (Michael Joseph, £20) For free UK delivery, call Express Bookshop on 01872 562310 or order via www.expressbookshop.co.uk