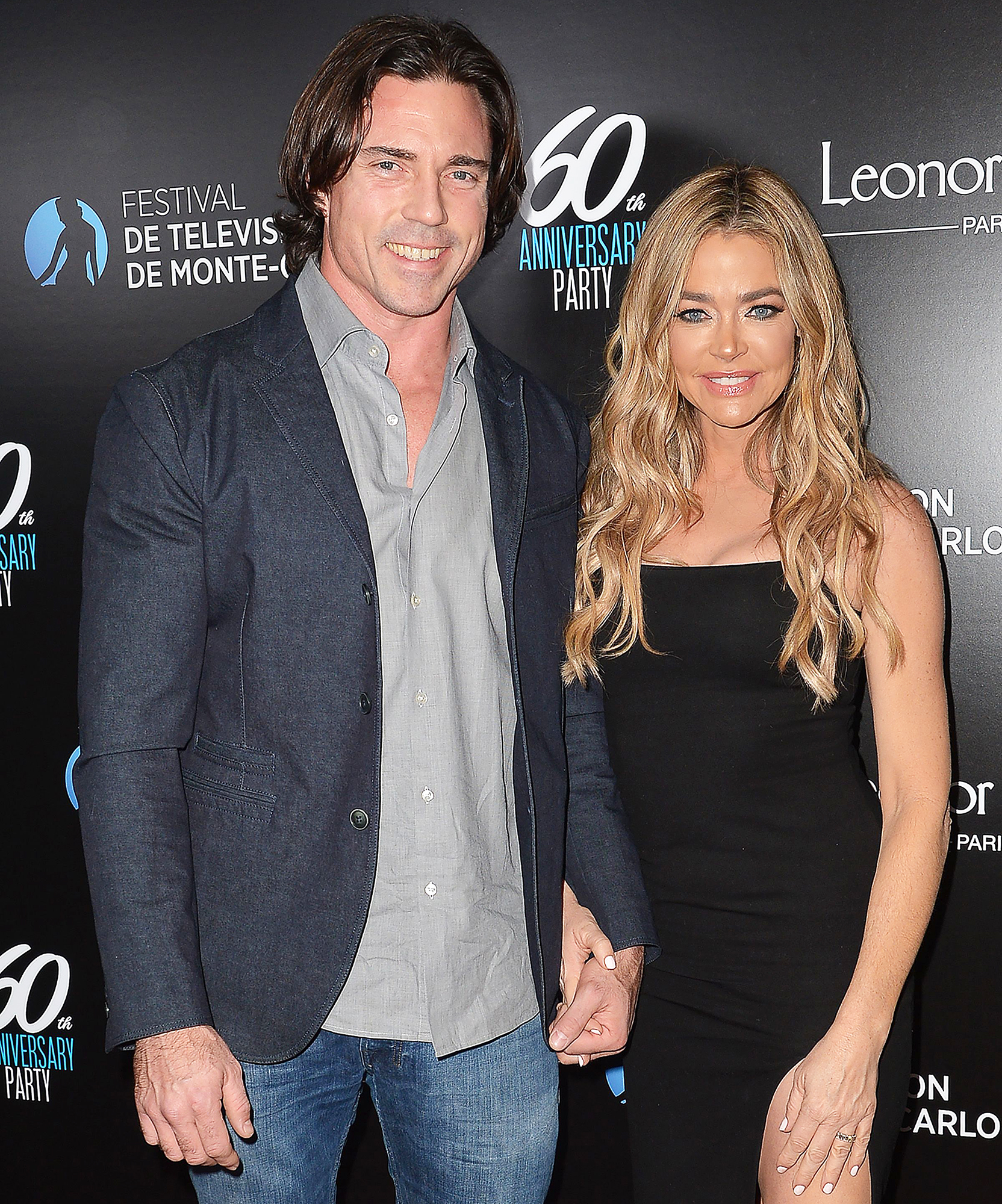 Denise Richards and her husband, Aaron Phypers, may be at odds with her Real Housewives of Beverly Hills costars, but the couple are doing just fine behind-the-scenes, a source exclusively tells Us Weekly.

“Denise and Aaron are doing great,” the source says, noting that the 47-year-old Malibu healing center owner is even helping the 49-year-old actress film the Bold and the Beautiful amid the coronavirus pandemic. “Partners and spouses are allowed to be stand-ins.”

The insider adds that the couple, who wed in September 2018, are not worried about the drama surrounding Richards and Brandi Glanville on the Bravo hit.

“They’re better than ever. They are really great together,” the source said. “They’re unbothered by upcoming RHOBH story lines or any speculation about their marriage because they know it’s solid.”

Glanville, 47, is set to make her first season 10 appearance on the Wednesday, July 15, episode of RHOBH. Us exclusively confirmed in January that the Drinking and Tweeting author alleged on camera that she had a sexual relationship with the Wild Things star in the past.

“I f–ked her, woke up the next morning [and] she said, ‘Aaron can never know this. He’ll kill me,’” Glanville says in a supertease for the season.

Richards, for his part, has denied her costar’s allegations. “What the f–k? That is not true!” she exclaims in the trailer.

Glanville has fueled the fire with her social media activity in recent weeks. In addition to sharing a photo of her seemingly kissing Richards via Twitter last month, the Celebrity Big Brother alum left a cheeky comment on the soap star’s Instagram on Sunday, July 12.

“OMG ME TOO!” Glanville commented on a video of the actress saying, “I am f—king Denise Richards.”

Richards, meanwhile, has maintained that she would rather the drama stay onscreen.

“I love for things to play out on television instead of social media,” Denise said on The Talk on June 30. “But the stuff that’s been out there, I have been through it in the media with different claims being made. So for me, personally, this is like kindergarten. I’m, like, whatever. We’ll just let it play out on the show, it is what it is. … I can’t speak for anyone else.”

The Real Housewives of Beverly Hills airs on Bravo Wednesdays at 9 p.m. ET.