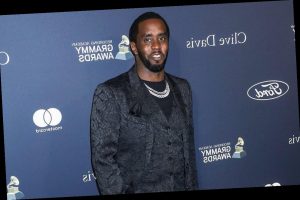 Law enforcement have been called to the house owned by the rap mogul in Los Angeles after someone broke into the property and set off the security system.

AceShowbiz -Rap mogul Sean “Diddy” Combs has called in the police after one of his Los Angeles homes was burgled.

According to TMZ, the Toluca Lake property was the house where model Kim Porter, his ex-girlfriend and mother of three of his children, died unexpectedly in November 2018.

Sources reveal a side door had been pried open for entry, setting off the security system.

A caretaker discovered the security breach and found the pad had been rummaged through, although it’s yet to be established if anything was taken.

The crime was reported to local police, who have launched an investigation into the incident.

Representatives for Diddy have yet to comment on the break-in.

Diddy and Kim dated on-and-off from 1994 to 2007, but they remained close friends until her death.

It’s not clear when exactly the burglary occurred, but the news emerges a week after fellow hip-hop mogul Dr. Dre‘s Pacific Palisades home was also broken into while the superproducer was hospitalised with a brain aneurysm.

Dre, who is currently in the middle of a nasty divorce with his estranged wife Nicole Young, has received messages of support from pals including Snoop Dogg, Missy Elliott, and Ice Cube since news of his health scare broke.

They posted get well messages on social media after the news broke, including Snoop Dogg who wrote, “Get well Dr Dre. We need you cuz.”

“Prayers up for Dr Dre and his family for healing and strength over his mind & body,” Missy Elliott added while Ice Cube shared, “Send your love and prayers to the homie Dr. Dre.”