Home » Celebrities » Drake and His 5-Year-Old Son, Adonis, Were the Cutest Pair at a Toronto Raptors Game

Drake and His 5-Year-Old Son, Adonis, Were the Cutest Pair at a Toronto Raptors Game 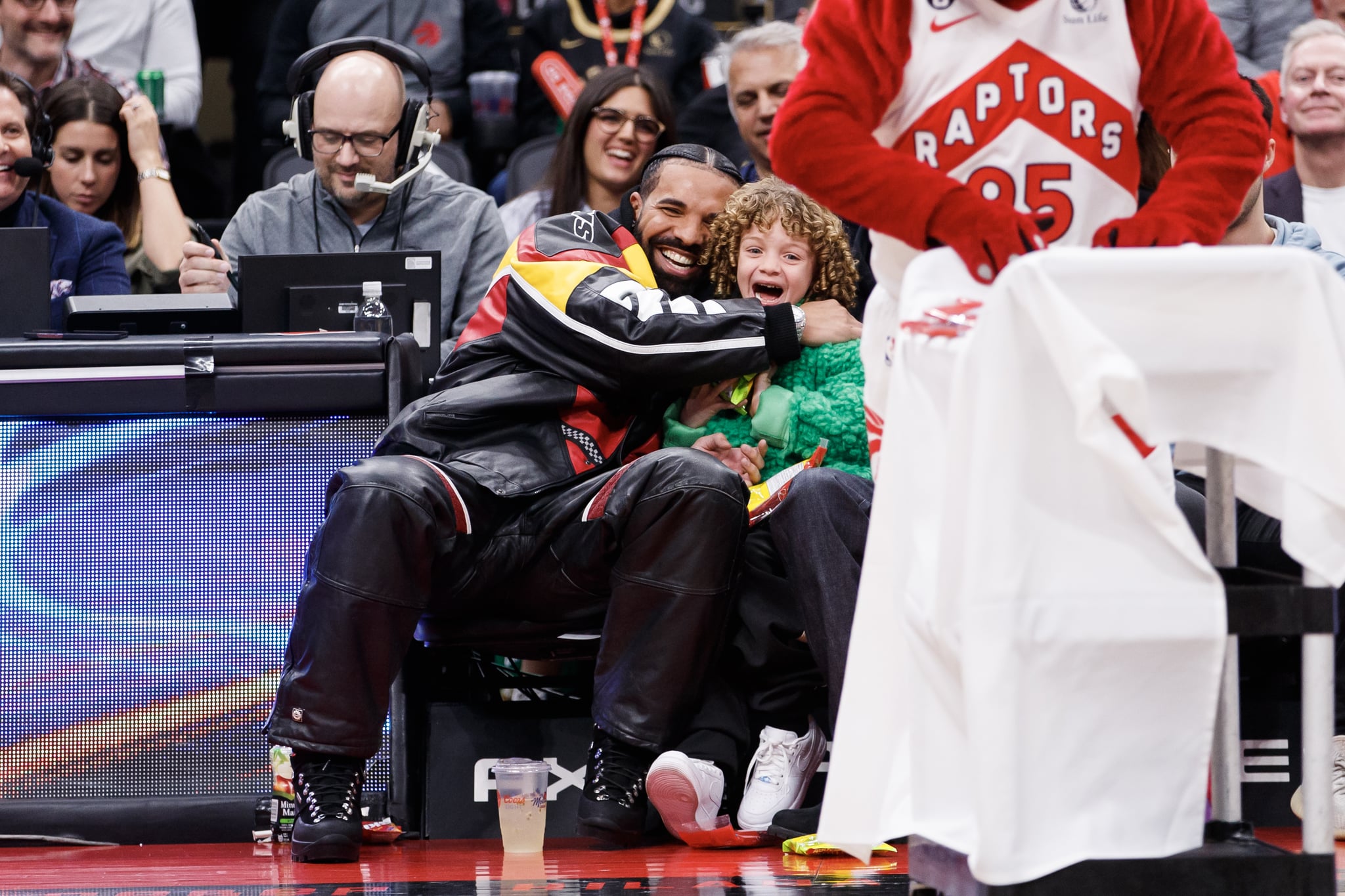 Drake and his 5-year-old son, Adonis, had an adorable outing at a Toronto Raptors game on Dec. 27. The duo sat courtside at the game and were all smiles as they watched their beloved team take on the LA Clippers. The Clippers were ultimately victorious, but it didn’t put a damper on their good time. During the game, the Raptors mascot, known simply as The Raptor, brought over a table filled with candy for Adonis and let him pick whatever he wanted, much to Adonis’s delight.

It’s the second time Drake and Adonis were spotted at a Raptors game this month, having taken in another game courtside in early December. Drake, who’s from Toronto, is a lifelong Raptors fan, and in 2013 he became the team’s global ambassador, helping promote the franchise worldwide.

Drake shares Adonis, his only child, with Sophie Brussaux, who gave birth in 2017. Drake didn’t confirm rumors of his son’s birth until 2018 when he revealed the info in his song “Emotionless” on his album “Scorpion.” In recent years, Adonis has frequently been Drake’s date to different events, including the 2021 Billboard Music Awards. 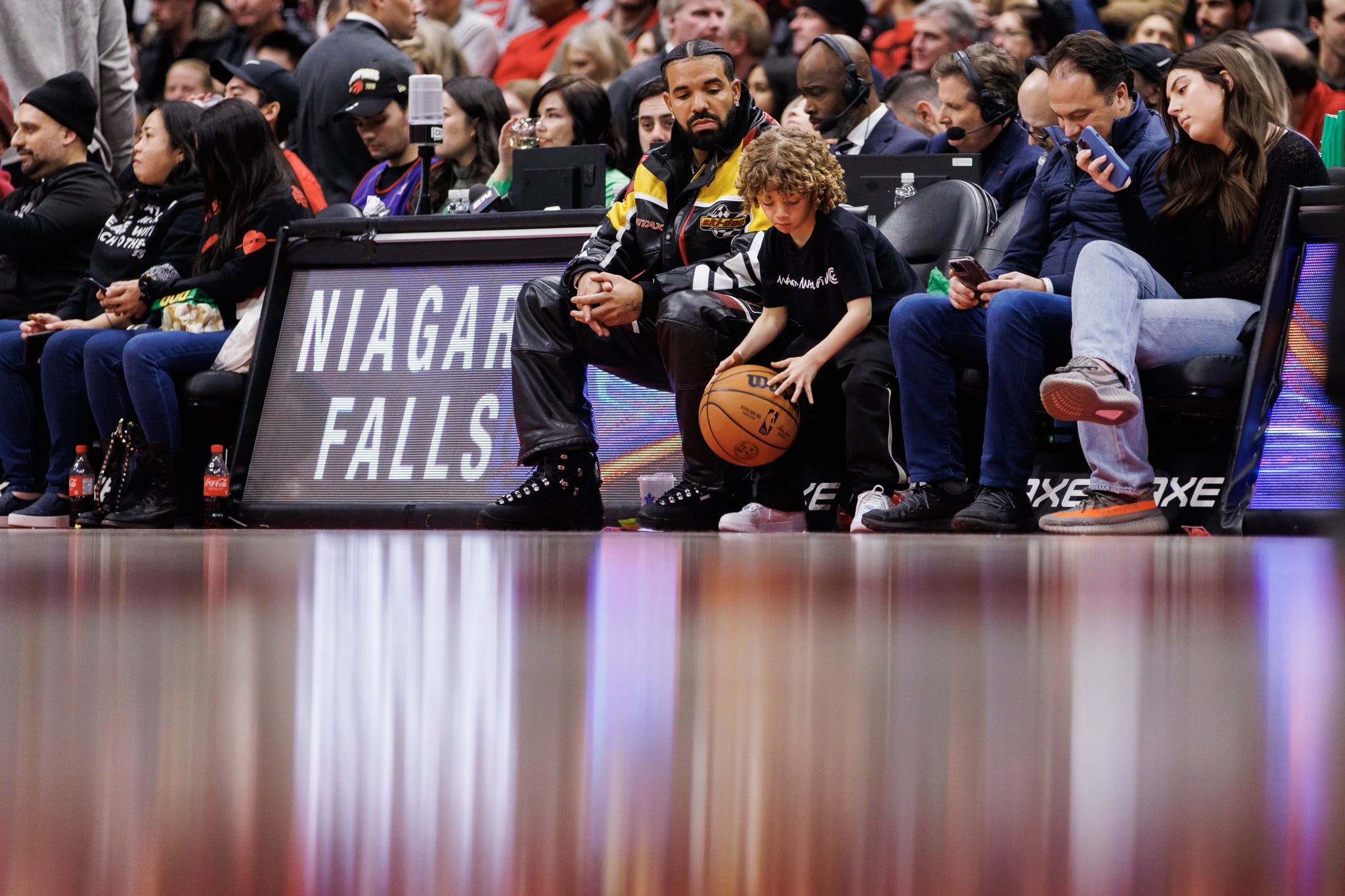 Adonis’s mom also frequently posts photos of Adonis on her Instagram. In July, Brussaux posted a photo of them together flying first class, with Adonis looking away from her and playing on his iPad. She captioned the adorable snapshot, “When your child doesn’t acknowledge you no mo’ 🥲.” In July, she posted photos of them celebrating Bastille Day together; Brussaux and Adonis live in France.

In November, Drake released a collaborative album, “Her Loss,” with 21 Savage, which debuted at No. 1 on the Billboard 200 chart. But he did get some blowback for some of his lyrics, including one where he seemed to diss Serena Williams’s husband, Alexis Ohanian.