Duchess Meghan’s estranged father, Thomas Markle, called his daughter and her husband, Prince Harry, “hypocritical” in a new interview but insisted he wants to resolve their differences and meet the couple’s son, Archie.

Speaking to the Mail on Sunday for the first time since the former Suits actress welcomed her first child with Harry on May 6, the former lighting director, 75, said in the interview posted on Sunday, September 1, that he has been unfairly cut out of his grandson’s life.

“I would like them to send me a picture of Archie so I can frame it on my wall beside the one of Meghan,” Markle said, referring to a photo of himself and his daughter together at a football game. “Isn’t that what any grandfather would want? I’d love to know if he’s got the famous Markle nose.” 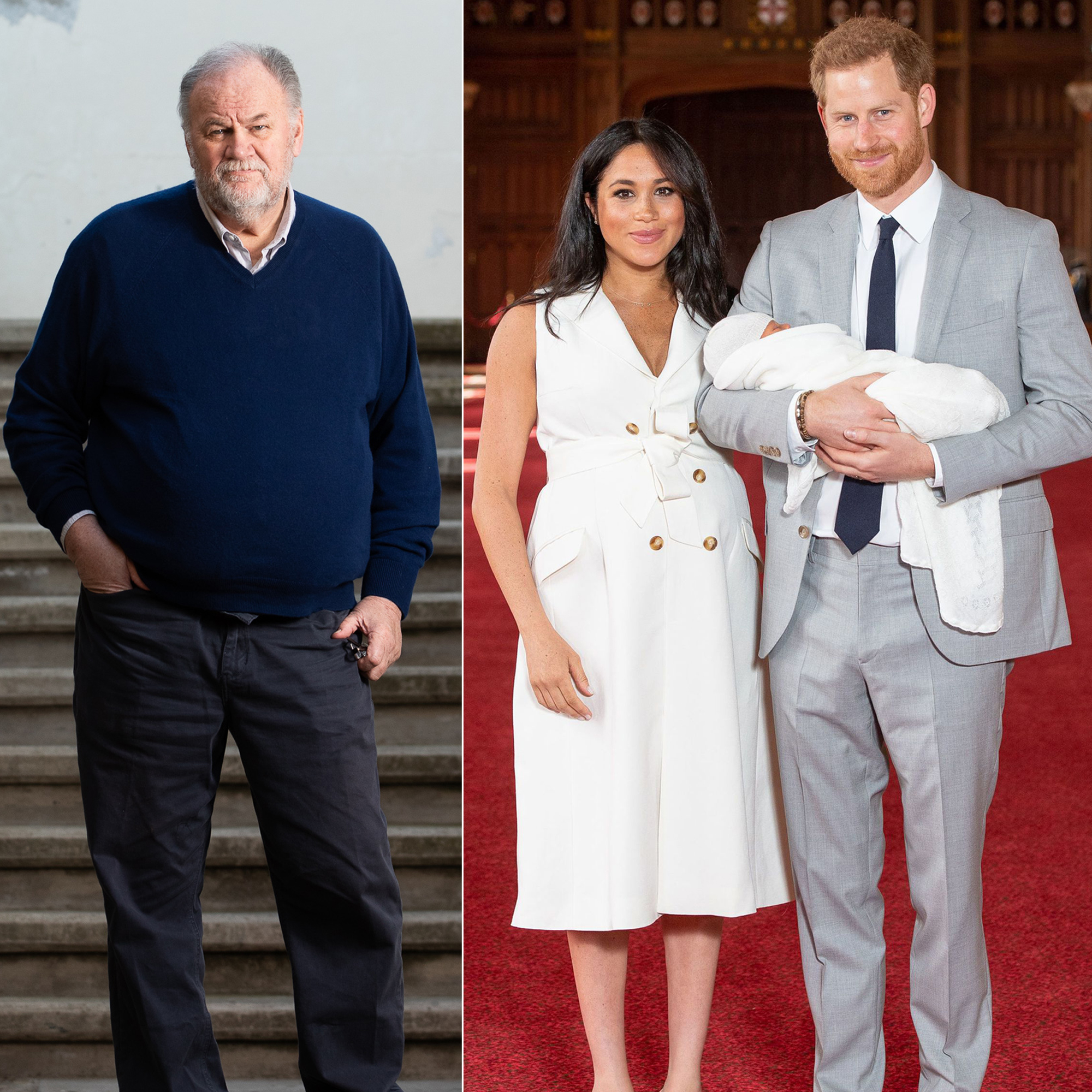 Markle has been estranged from his daughter since her May 2018 wedding at Windsor Castle, England. He didn’t attend the nuptials after suffering a heart attack in the aftermath of a paparazzi photo scandal. Markle claims that the couple didn’t reach out to him in the hospital and “never once has Meghan ever asked me how I’m doing. Not then, not since.”

He told the Mail on Sunday that he has apologized repeatedly for staging the photos and most recently sent Meghan a card for her 38th birthday last month.

“I sent her a card via her financial adviser in L.A. but received no acknowledgment,” he revealed. “I have no idea if she got it.”

Markle, who has taken aim at his daughter, son-in-law and the royal family in several interviews since she became the Duchess of Sussex, told the newspaper that he still hopes to meet Archie one day.

“There was never any problem between Meghan and me until recently,” he said. “I’ve stayed quiet because Meghan was pregnant with Archie but I’m speaking out now because they and their PR people are continuing to ghost me out of her life.”

“Of course, I’m disappointed not to see Archie,” he continued. “I had hoped becoming a mother would mellow Meghan and she would reach out.”

Markle also spoke out about the recent headlines criticizing Meghan and Harry, 34, for flying on a private jet to France, where they and their son vacationed at Elton John’s mansion. (Several celebrities later defending the royals, and the Grammy winner said he’d paid for the flight and for carbon offsets.)

“I feel sorry for them in a way because they brought this on themselves. You can’t say one thing and do another,” he said.

“Everyone raves about how gracious and wonderful they are, but they are not wonderful to their own family. That’s hypocritical,” he added. “You can’t portray yourself as being charitable and bringing people together and then ghost your own father and your entire family. Their treatment of me has left a lot to be desired.”

Still, he remains hopeful that he will be reunited with his only daughter with ex-wife Doria Ragland one day.

“I believe all family differences can be resolved and I believe that can still happen for me, Meghan and Harry,” he said. “I always hoped I would be as close to Meghan’s child as I was to her when she was a child.”