The man who was arrested and charged after a drive-by shooting at “Duck Dynasty” star Willie Robertson’s Louisiana estate is now suing him and his family members for defamation.

Daniel King Jr. was booked into a correctional center in April 2020 after two homes in West Monroe were struck by gunfire. At the time, Robertson, 49, said he and his family were “pretty shook up” after one of the eight to 10 bullets he said were fired at the residence went through the bedroom window of a home where his son John Luke Robertson lives with his wife, Mary Kate, and their infant son.

TMZ obtained court documents showing King has filed a lawsuit against Willie, John Luke and Mary Kate, claiming their statements to police about the incident were “calculated, false and ultimately defamatory.”

In the lawsuit, King accuses Willie and John Robertson of making defamatory statements about him that were intended to diminish his reputation, the report states. He’s now seeking damages from the Robertsons, Willie Robertson’s Duck Commander business as well as the Ouachita Parish Sheriff’s Office. 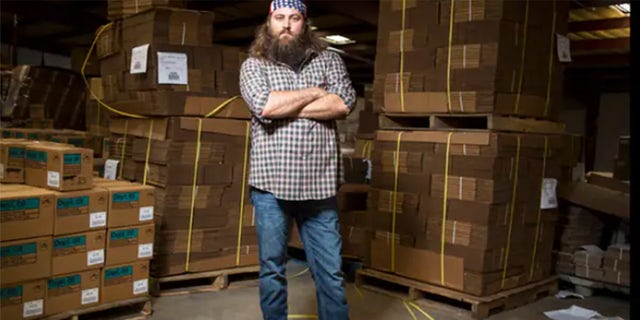 King also alleges that the police did not properly look into the incident. He claims he was wrongly charged with aggravated assault by drive-by shooting, which is a felony. According to the district attorney’s office in the 4th Judicial District, King’s charge has been changed to felony illegal use of a weapon, the report states.

Last April, Willie Robertson spoke to local news outlet The News-Star about the incident, claiming it looked as if the suspect  was “spraying bullets across my property.” Witnesses told Ouachita Parish deputies that the second residence was also struck by gunfire. Authorities said no one was injured.

Robertson said he and many of his family members had been staying at the estate during the coronavirus pandemic, including his daughter Sadie Robertson and her husband, Christian Huff.

“I was outside at the time, but everybody had been out about five minutes before,” Robertson said. “I had just gone to the store when it happened.”

Sadie Robertson also took to Instagram to let her fans know “We are all okay.” 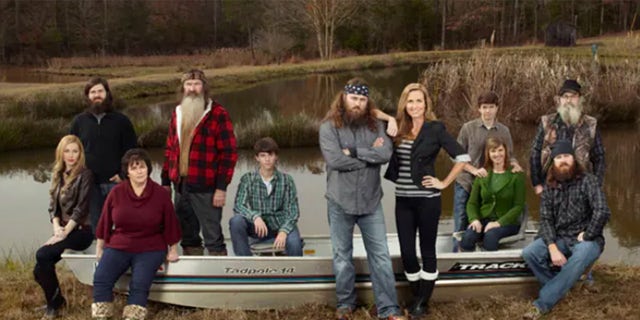 The Robertson family from ‘Duck Dynasty.’ Family members admitted they were ‘shook up’ after the drive-by shooting that occurred at their Louisiana estate in April 2020.
(A&E)

“It shook us all up of course, but we are just so thankful everyone in our family is okay. Especially after one of the bullets flew through the window of my brothers home,” she wrote. “The timing of where we were at the time was crazy protection because we had all just gone inside. We have been resting on Psalm 91 and each other’s gratitude for all being okay ❤️ thank you for your prayers.”

Deputies said other people were in the car with the suspect during the shooting.

According to TMZ, the criminal cdase is ongoing. Reps for the Robertsons did not immediately respond to Fox News’ request for comment.

Willie Robertson is the CEO of Duck Commander, the multimilliondollar duck call and decoy enterprise that inspired the A&E show, which shined a spotlight on the small north Louisiana town.