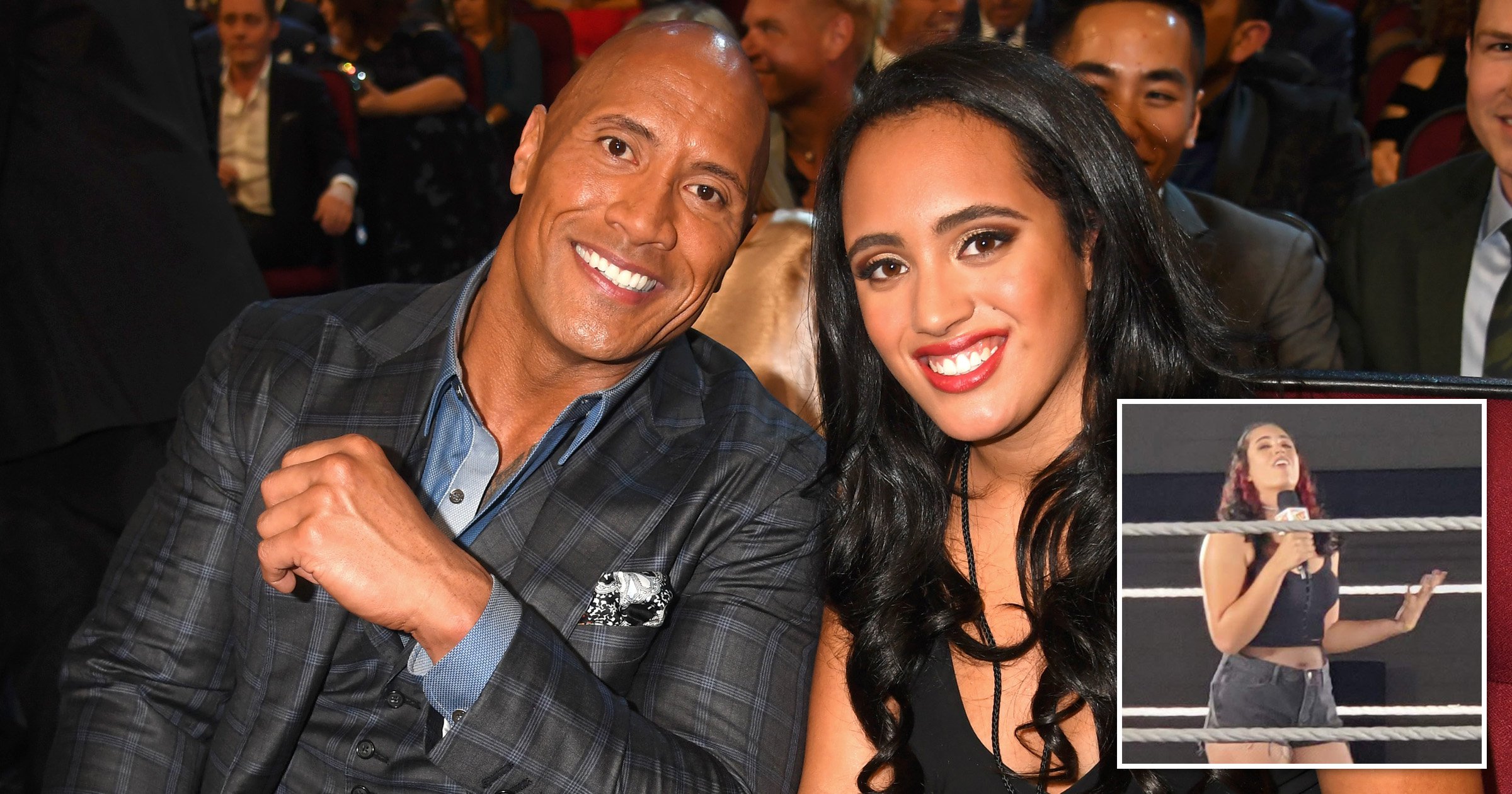 You’d think if you’re looking to become a WWE superstar and Dwayne ‘The Rock’ Johnson is literally your dad, you might have a few questions.

However, it sounds like Simone Johnson – now going by the ring name Ava Raine – is looking to forge her own path after recently making history by officially becoming the first fourth generation wrestler in the company’s history.

The 20-year-old star is slowly but surely rising up the ranks in WWE and made her first ever appearance last weekend at a live event when she cut her first promo in front of a live crowd.

Reflecting on his daughter following in his footsteps, Dwayne told Entertainment Tonight: ‘She is fiercely independent.

‘It’s very important for her to make her own way. Blaze her own trail. Blaze her own path. She doesn’t come to me looking for a lot which I respect that. And I’m here watching and supporting.’

The former world champion also voiced his pride after she took a major stride in her early WWE career.

The rising star – who is calling herself The Final Girl – made her live event debut on Saturday night, and trash talked the NXT women’s roster as she made a real statement.

The previous evening, she was seen scouting talent – and the competition – during a women’s match.

She is yet to appear on television, but it seems like it’s only a matter of time as she was recently backstage at NXT 2.0 with pictures shared on Twitter in an interview area showing off her new black and red hairstyle.

Simone has had a tough time in the wrestling world so far, with three knee surgeries since signing for WWE in 2020, but now she seems poised for her moment in the spotlight.

Showing her confidence, she recently hit out at people criticising her name change as she moved away from her family’s rich history in the business and looked to forge her own path as Ava Raine.

‘I probably sound like a broken record and hopefully this is the last I’ll mention this, but I don’t understand why people being portrayed as separate individuals from their family name is such a heated topic,’ she argued. ‘A name doesn’t discredit any prior accomplishments from any family.’

She added: ‘I could build my entire career around my father & people would still bash me anyway.’

Something tells us she’ll be just fine.