Bruno Tonioli is feeling the chill after swapping sunny Los Angeles for frosty West London as he prepares to start in his new role as a judge on Britain’s Got Talent.

The flamboyant former Strictly Come Dancing judge, 67, who’s hotly tipped to replace comedian David Walliams, 51, on the hit ITV show when filming begins next week, was seen scraping the ice off his car windows during another freezing morning in the capital this week.

It’s the first time the Italian choreographer has been seen in public since arriving back from LA, where he is a judge on the American version of Strictly, Dancing With The Stars. 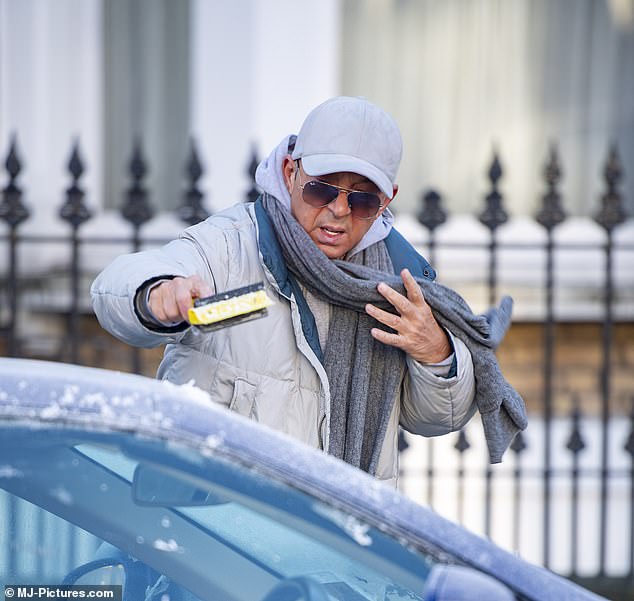 The flamboyant former Strictly Come Dancing judge, 67, was seen scraping the ice off his car windows during another freezing morning in the capital this week 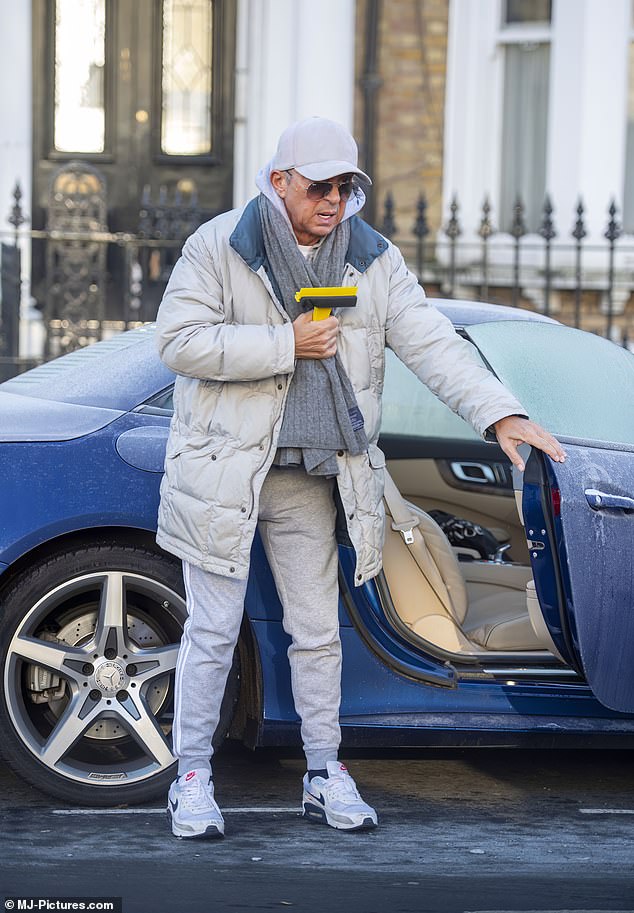 Wrapped up in a huge scarf and padded coat, he hid himself behind sunglasses and a baseball cap. Clearly, he has a talent for disguise.

Lord of louche’s paradise pad goes on sale for £19m

He was the aristocratic showman who hooked Princess Margaret on the louche, addictive pleasures of his private island, Mustique — and who, years later, stunned his family by bequeathing everything to his estate manager and carer, Kent Adonai.

Now, 12-and-a-half years — and one court battle — after the death of the extraordinary and perhaps mercifully inimitable Colin Tennant, 3rd Lord Glenconner, I can reveal that his grandson and heir, Cody Tennant, is cutting the family’s ties with the West Indies, putting his grandfather’s house up for sale, together with 95 acres. 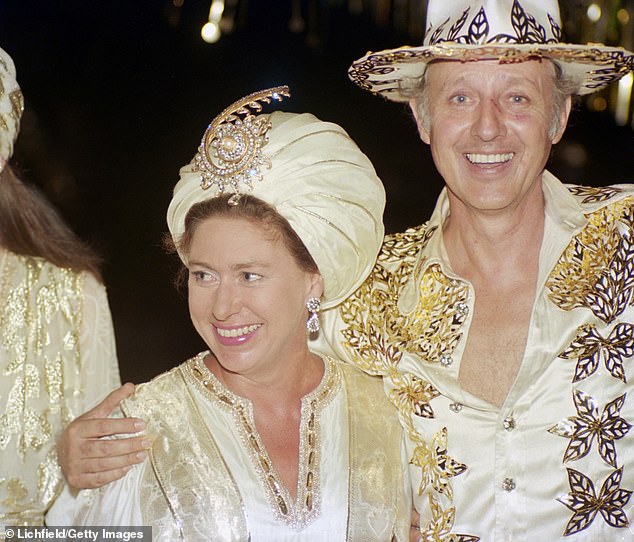 Colin Tennant and Princess Margaret, pictured together at a gold themed 50th Birthday Party of Hon Colin Tennant on Mustique

The price tag is $23 million, or about £19 million — an obviously sizeable sum, but only a fraction of the fortune that could have been Glenconner’s had he retained control of Mustique or even just his own property there, The Great House.

Instead, after falling out with many of those whom he had lured to the island, he sold up and, in 1992, moved to St Lucia, 100 miles away, where he had bought 480 acres, taking his pet elephant, Bupa, with him.

It was there that he eventually created another ‘Great House’, looking out west over the Caribbean and breathtakingly sited between the Pitons, twin volcanic hills which soar 2,500 ft towards the skies.

But old age and ill health were beginning to catch up with the peer, a man whose charm was arguably only matched by the ferocity of his temper, as repeatedly experienced by his stoical wife, Lady Anne, whom he beat regularly, causing her to lose the hearing in her left ear.

‘He really only finished the house very shortly before he died in 2010,’ Penny Strawson, who is selling the property, tells me. ‘Kent [Adonai] lived there with him, looking after him to the end.’ By then, Glenconner, 83 at the time of his death, had sold several plots of land to those whom he considered ‘suitable’. But about 200 acres remained — as did the property, Beau House. 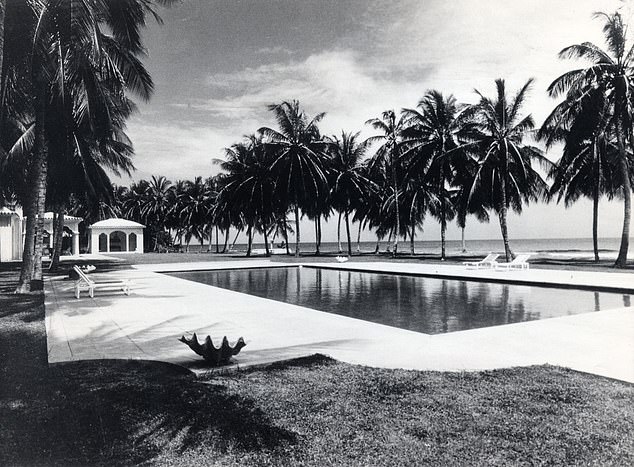 The price tag is $23 million, or about £19 million — an obviously sizeable sum, but only a fraction of the fortune that could have been Glenconner’s had he retained control of Mustique or even just his own property there, The Great House

Glenconner left the lot to Adonai, a local fisherman. Shocked, the family mounted a legal challenge — finally reaching a settlement with Adonai seven years later, with the house and half the land going to Cody.

The property, Strawson says, has been empty ever since. Glenconner’s clothes, she adds, ‘are still in the wardrobe’.

Now, it seems, even those last traces will be swept from the Caribbean.

Prue Leith was so flattered to be portrayed on stage in The Great British Bake Off musical that she gave Rosemary Ashe, the actress who played her, one of her favourite pairs of colourful earrings.

Ashe, 69 (pictured with Prue), is, though, devastated to have been dropped for the show’s big transfer from Cheltenham to the Noel Coward Theatre in London’s West End.

She’s been replaced by Haydn Gwynne, 65, while other key cast members have kept their parts.

‘I got dropped without being a given a reason,’ she tells me.

‘It’s been awful. It’s so upsetting because I got great reviews and was the sort of face of it.’

Soho heiress has a new beau

Soho heiress India Rose James has followed the example of Prince Harry and found love with an American. 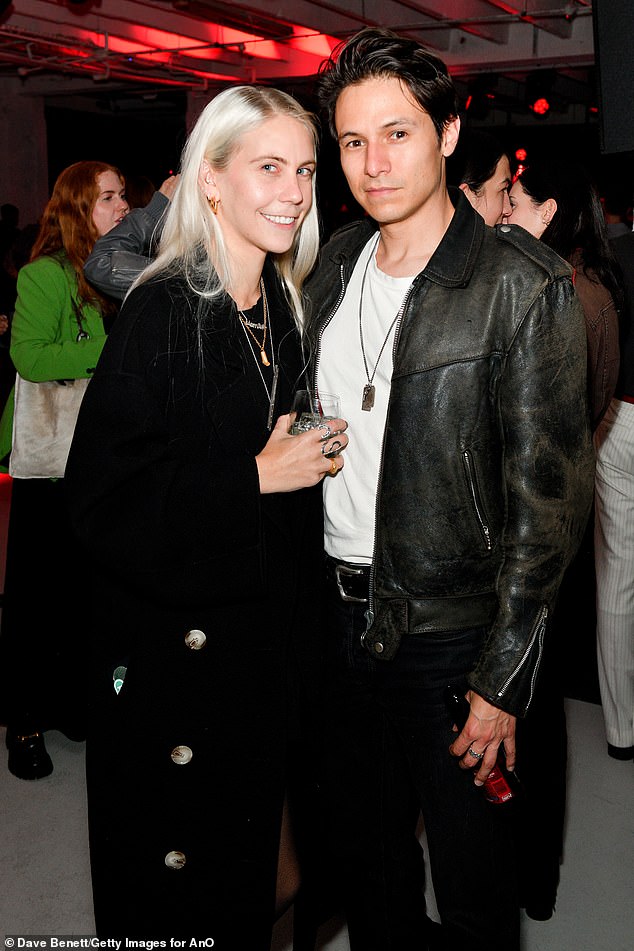 I hear that ‘Princess of Soho’ India, 31, who became richer than the Queen when she inherited £329 million of her grandfather Paul Raymond’s £1 billion Soho Estates property empire aged 21, is going out with indie musician Daniel Vildosola.

‘They met through a mutual friend,’ I’m told. ‘They’ve been together a while now and things are going really well.’

India, who runs the Soho Revue Gallery, was previously in a relationship with gallery owner Boe Distassi.

She has a five-year-old daughter, Sapphire, with another musician, The Kooks guitarist Hugh Harris.

Happy Valley star James Norton is among the bookies’ favourites to be the next James Bond, joined by Bridgerton heart-throb Rege-Jean Page and Kick-Ass actor Aaron Taylor-Johnson.

Yet, Barbara Broccoli, co-producer of the 007 films, tells me that Daniel Craig’s successor is still a long time from being handed his Walther PPK.

‘We have to first figure out what we’re going to do story-wise and everything,’ she says. ‘So casting will be way off. We’re certainly not casting at the moment and don’t have any plans to cast for some time.’

Her co-producer, Michael G. Wilson, has said that the next super-spy would be in his 30s and the role would be a ‘reinvention’. He said: ‘We’ve tried looking at younger people in the past. But trying to visualise it doesn’t work. Remember, Bond’s already a veteran. He isn’t some kid out of high school.’

Delighted to have become a grandmother recently — thanks to her daughter-in-law Cressida Bonas — Clare Mountbatten, the Marchioness of Milford Haven, has further reason to celebrate.

I can disclose that her daughter, Louisa Wentworth-Stanley, 29, has got engaged to Ludovic de Ferranti, 32, the founder of a gold mining business. ‘The whole family is thrilled,’ one of their friends tells me. 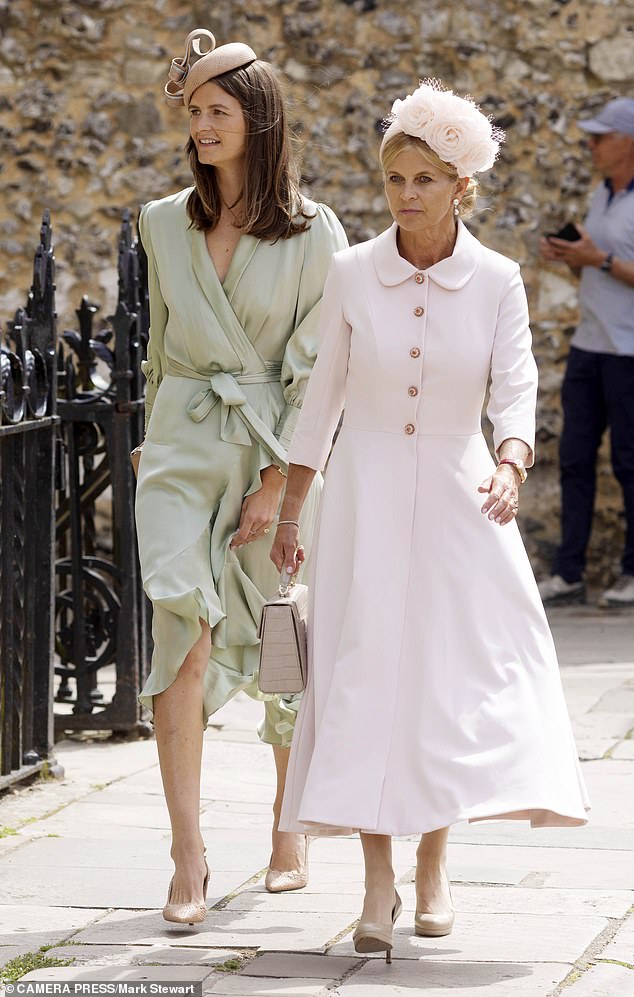 Louisa Wentworth-Stanley, 29, (pictured with her mother) has got engaged to Ludovic de Ferranti, 32, the founder of a gold mining business

The couple could exchange vows at the Hampshire estate of Ludovic’s father, businessman Adrian de Ferranti. He once caused a stir when he erected a 9ft-tall nude sculpture of the Ancient Greek mathematician Archimedes in the grounds. Some neighbours claimed it was offensive and could cause a car crash.

As host of The Voice, Emma Willis tries to encourage contestants to discover their hidden talents. Off screen, the presenter, 46, talks herself down so badly that her husband, Matt, has to step in.

‘I read an interview that I’d done where I just put myself down through the whole thing. And I was, like, “What am I doing? Why am I talking about myself like that?” I’m immensely capable, I’m a really nice person, so why am I the only person that beats myself up?

Rancour at club where Diana met Will Carling

It was where Princess Diana encountered England rugby captain Will Carling, playfully observing that he didn’t know how to work his abdominals ‘properly’.

But there’s little playful at the Chelsea Harbour Club today, which, I can reveal, has just witnessed the departure of its trilingual general manager, Patrick Lemaigre, only 17 months after his appointment.

As I disclosed, the sports club, which levies a £2,000 joining fee on members — who also stump up about £200-a-month — has been accused of letting standards slip.

Complaints have included a ‘dirty’ spa area, ‘broken facilities’, tennis courts being out of action, a collapsed ceiling blocking a fire escape and, in the absence of soap and shampoo in the changing rooms, advice to members to ‘bring [their] own’.

But an online plaudit says he has ‘a passion for providing great hospitality’.

Sporty Spice Mel C has swapped her trademark tracksuits for a leotard as she performs in a contemporary dance show at Sadler’s Wells theatre in London.

And the former Spice Girls singer, 49, says she had no idea just how arduous the process would be. ‘I do keep fit,’ she says at the first night of the stage show, called How Did We Get Here? ‘I’m Sporty Spice and I did train as a dancer, but I haven’t seriously danced for 30 years, apart from a few zigazig ahs.’

Despite having performed at arenas around the world, she’s never been more scared of treading the boards, admitting: ‘I can confirm that stage fright can’t kill you, because it was probably the most petrified I’ve ever been for any performance in my entire life.’