Emilia Clarke, 32, recently took to Instagram and joked she might be the culprit, after eagle-eyed fans spotted the Starbucks coffee cup on a table next to her character Daenerys Targaryen, as they celebrated the Battle of Winterfell in the dramatic scenes which aired last week. In view of her 21 million Instagram followers, the Game of Thrones star posted a snap of herself holding a similar looking cup, alongside her co-stars Peter Dinklage (plays Tyrion Lannister) and Jason Momoa (Khal Drogo). She captioned the behind-the-scenes photo: “Did I just stumble upon the truth here?! The cup bearer does not drinketh the Starbucks tea… oh and this ain’t a spoiler just a lost wanderer coming home for a mid filming cuppa…[email protected] you so fire you make my hair turn blue.” She finished the post, with the following hashtags: “#forfuturereferenceileavethebagin #drogonyouhavemyheart4lyfe #familyvalues @gameofthrones #forthethrone #forthecaffeine #forthedragons.”

Fans were certainly tickled by the revelation, with one person joking Jason’s character was making a tea run.

The social media user quipped: “Khal Drogo went to get some.”

Another person responded: “So Emilia is the one to blame for the start Starbuck in last week’s episode?”

While a third person commented: “Ordering my Starbucks will never be the same, thank you my Queen.”

The cheeky post comes after Game of Thrones fans had previously joked that it was Sophie Turner’s character, Sansa Stark, who was responsible for leaving the coffee cup.

British actress Bella Ramsey (Lyanna Mormont), shared a snap of herself standing beside Sophie who was pictured holding a coffee cup that seemed to match the offending item. 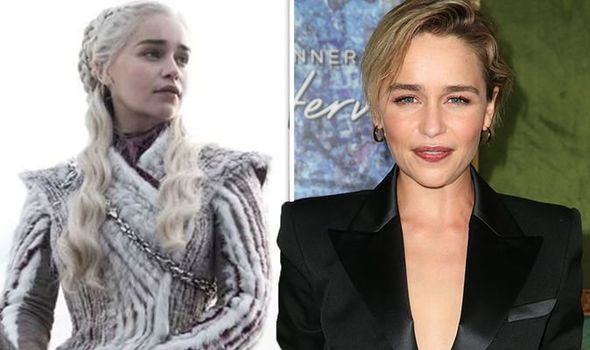 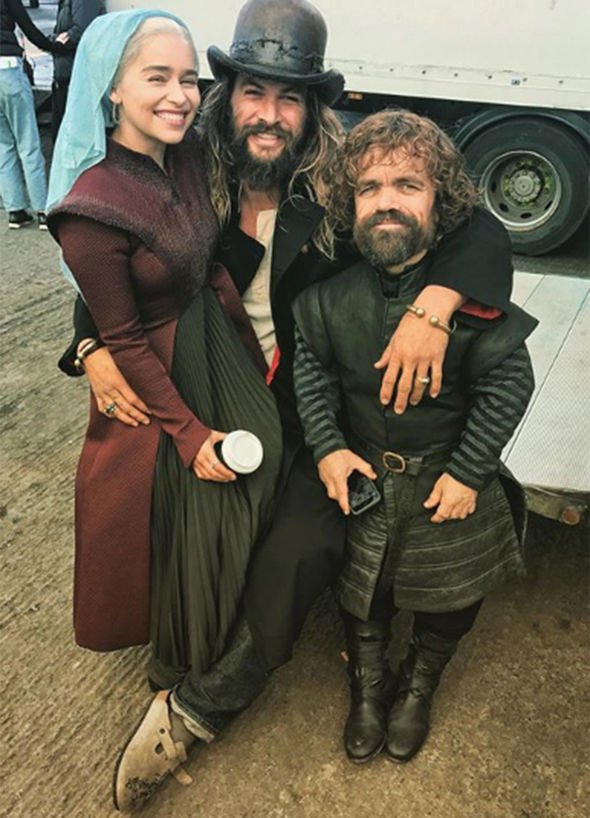 Fans took to Twitter to joke it was Sophie who was the coffee culprit.

One user wrote: “Clearly, it was Sansa who set up Dany. Refer to exhibit A: coffee cup in hand for proof.”

Another joked: “Hmmm guess who gets up from the table and leaves right before the coffee cup appears? Sansa was playing the long game with this one. Come to think of it @SophieT does look like the @Starbucks logo…with a crown. OMG!”

While another fan shared the image of Bella and Sophie alongside the still where the coffee cup appeared, and wrote: “Sansa: Here is a coffee for my queen.”

Elsewhere, Emilia has addressed the two remaining episodes yet to air in Game of Thrones, season eight. 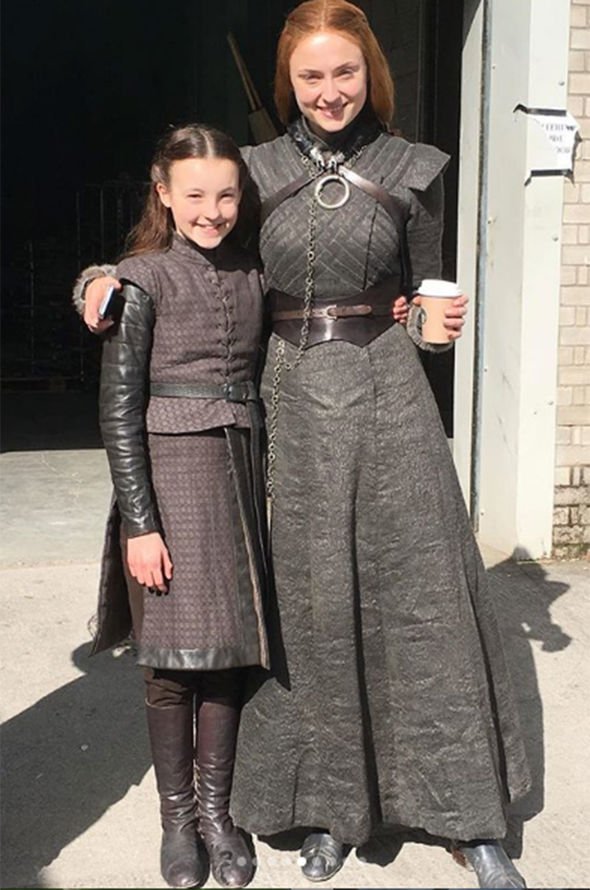 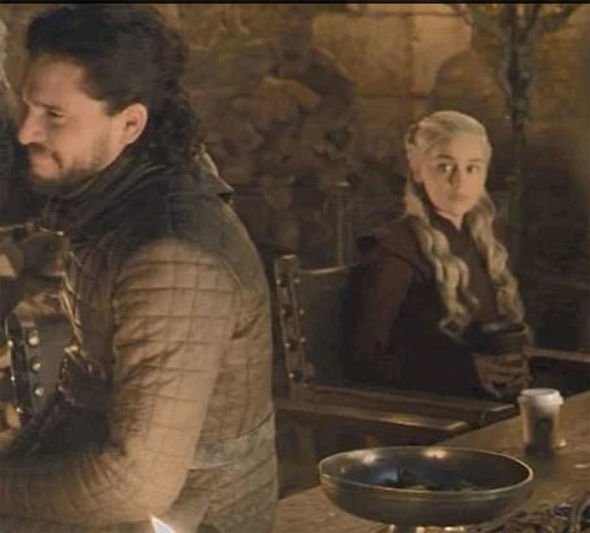 The Game of Thrones favourite teased episode five of the final season is even “bigger” than The Long Night.

She also dished on what it was like filming the scenes during the Battle of Winterfell.

The actress recalled: “What you saw was really what it was like shooting it,” she said. “So you saw blood and mud and angry screaming people, and then backstage there was blood and mud.

Game of Thrones airs tonight on HBO at 9pm and is simulcast at 2am in the UK on Sky Atlantic.