Emilia Clarke: ‘It was really hard’ Game of Thrones’ Daenerys Targaryen breaks down

In season eight, episode three of Game of Thrones, Ser Jorah Mormont’s life came to an end as he bravely protected his beloved Khaleesi against the White Walkers.

Daenerys Targaryen (played by Emilia Clarke) held onto her close confidante as he took his last breath amid the Battle of Winterfell.

See Jorah (Iain Glen) had been taken down by wights after Daenerys was abandoned by her dragon Drogon.

Emilia addressed the heartbreaking scene of Ser Jorah’s death in an inside look into the episode on Game of Thrones’ YouTube account.

It was really hard

“It was really hard,” the actress said with tears in her eyes.

Welling up, Emilia continued: “I just had to look at Ian’s face and it was just like it’s all there. It’s a relationship.

“We’ve been with these characters for so many years, we’ve been to hell and back with them.”

Iain also discussed his characters’ devastating death and admitted it was a “fulfilling” scene to film.

He said: “My favourite scene to shoot was my demise, it was the most demanding and fulfilling scene.

“It felt the right conclusion for Jorah’s role and being given a very good setting, a dramatic and telling setting.” 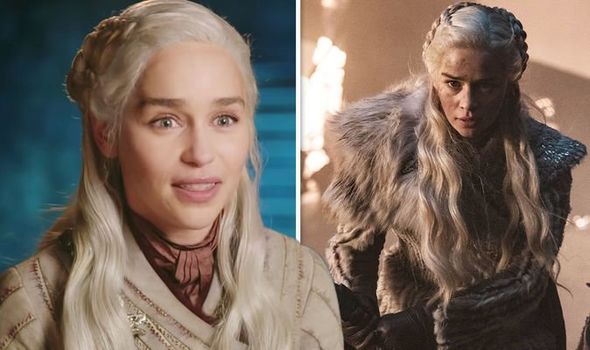 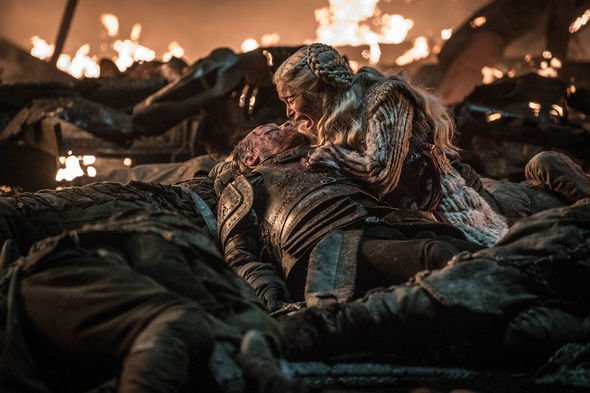 Reflecting further, Ian added: “It’s been quite a journey.

“It was great fun and I was so really very chuffed to be a part of the whole mad wonderful thing of it all.”

Elsewhere, Emilia has addressed the three remaining episodes yet to air in Game of Thrones, season eight.

The fan-favourite teased episode five of the final season is even “bigger” than The Long Night. 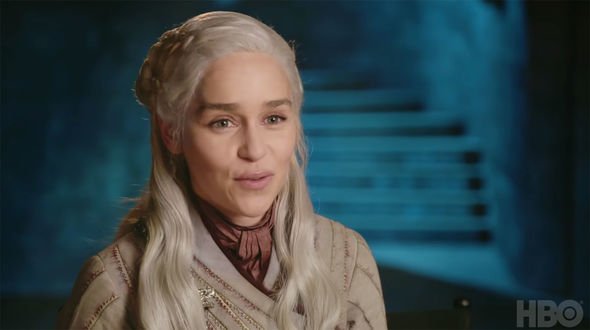 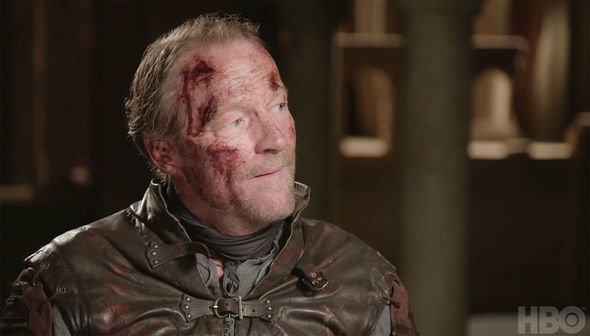 “I mean, four, five, and six – they’re all insane. Find the biggest TV you can.”

Emilia also spoke about what it was like filming the epic Battle of Winterfell.

“What you saw was really what it was like shooting it,” she said. “So you saw blood and mud and angry screaming people, and then backstage there was blood and mud

“It was amazing we didn’t actually kill anyone. It was extraordinary.”

Game of Thrones airs tonight on HBO at 9pm and is simulcast at 2am in the UK on Sky Atlantic.