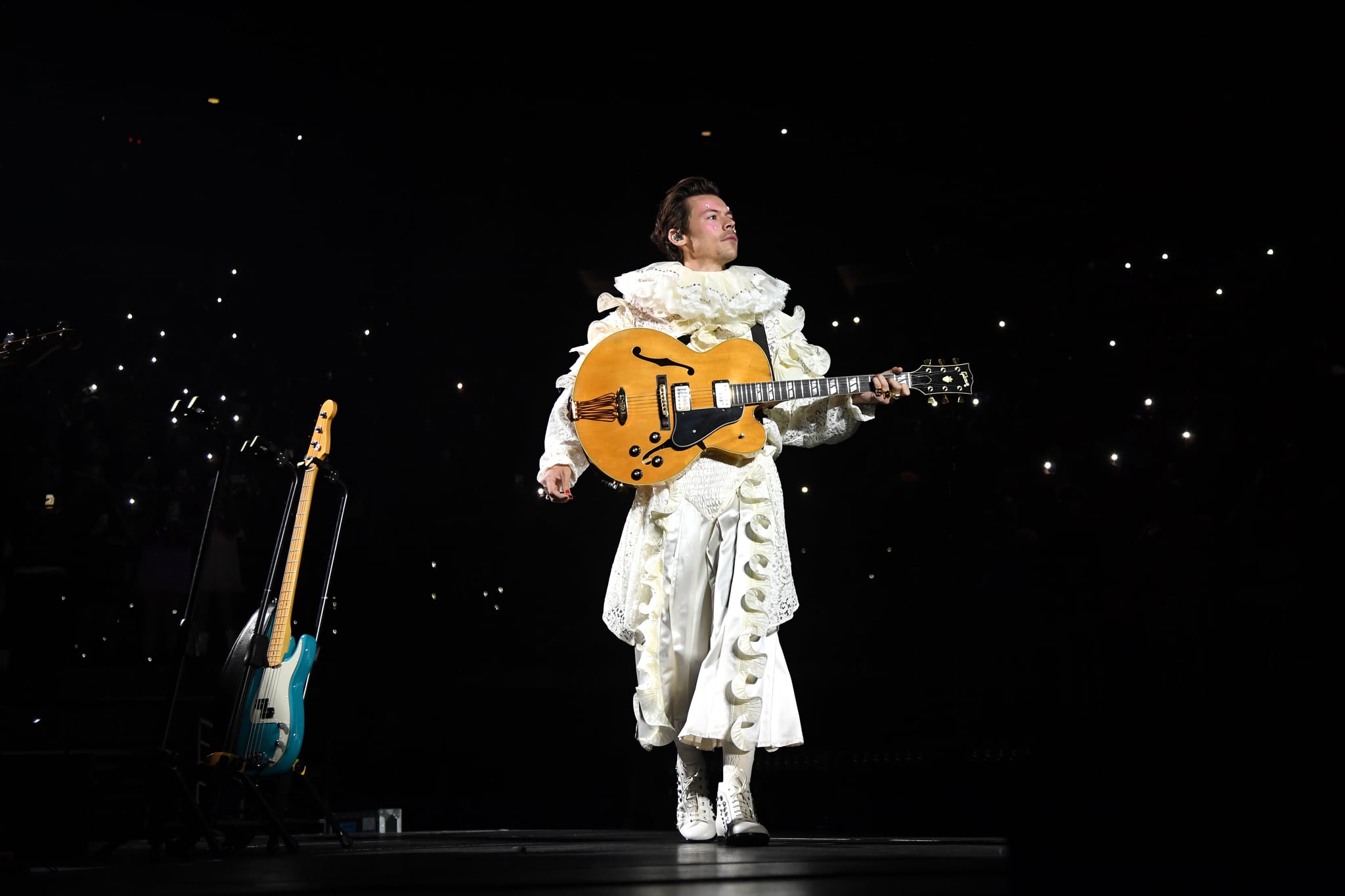 Leave it to Harry Styles to offer relationship advice to a former couple while wearing a clown costume. During the second Harryween concert special at Madison Square Garden on Sunday night, Harry paused his set when he spotted a woman in the crowd next to her ex-boyfriend holding a sign that said, “I came with my ex for you.” The singer proceeded to read the sign to the crowd and continued to ask them questions about their relationship. During his Q&A with the former couple, he found out that they had been dating for seven months. “And how long have you been separated, uh, consciously uncoupled?” Harry teased, referring to Gwyneth Paltrow’s infamous description of her split from Chris Martin in 2014. It turns out, the couple at Harry’s concert split two weeks before the event.

“I have so many follow-up questions!” the singer continued. Harry went on to call the couple “very mature” and said their relationship is “clearly better than some people” because they were able to set aside their differences for a fun night out. He then advised the couple to, just for the night, “reminisce on a night seven months and two weeks ago when you two looked at each other, deep in the eyes, and you thought, ‘Yeah, you’ll do.'” The singer also clarified that he wasn’t encouraging the couple to get back together — although, they seemingly took it that way.

“We’re very happy to have you here, thank you so much. I wish you both all the best in your future endeavors, both separately and together,” Harry said as he walked away. He then turned around after realizing he didn’t ask if the guy in the relationship was good. “Are you OK also, sir? I didn’t ask — oh, they’re kissing!” he exclaimed after turning back to the pair. “Are you good? You’re good. He’s good. I mean, he’s good now!” Watch the whole encounter below.