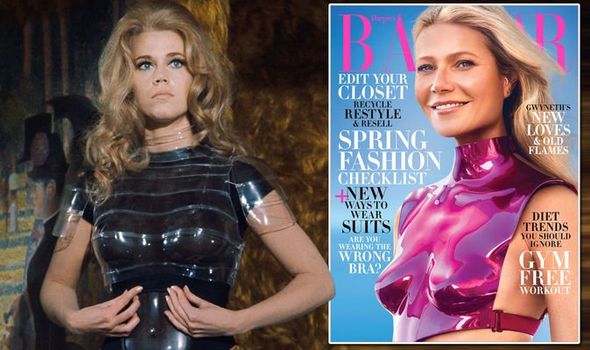 Gwyneth Paltrow, 47, wowed in a bold futuristic look when she starred on the cover of Harper’s Bazaar this week.

The actress and Goop founder wore an eye-catching purple breastplate from American fashion designer Tom Ford for the vibrant look, which appears on the February cover of the fashion magazine.

The sexy metallic outfit, which was worn on the catwalk by supermodel Gigi Hadid during New York Fashion Week, brought back memories of Jane Fonda in the iconic 1968 movie Barbarella.

In the science fiction film, the beautiful actress wore a number of similar figure-hugging and sexy looks.

One publicity picture for the film showed Jane, now 82-years-old, with her blonde locks in a typical 1960s bouffant style, in a black bodysuit with a clear breastplate over the top.

Her sensational figure was on full display in the unforgettable ensemble which no doubt inspired the designer’s latest collection.

Gwyneth’s breastplate, which featured a high neckline, was strapped to body and left little to the imagination. 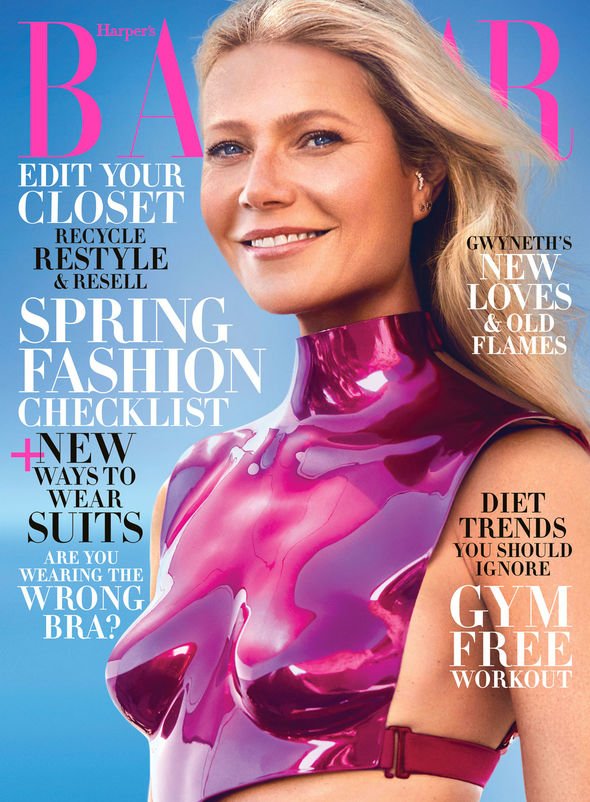 The mum-of-two, who is married to TV producer Brad Falchuk, 48, was photographed in the outfit by LA-based snapper Zoey Grossman.

In the cover image she wears her long blonde tresses loose over her shoulders as she poses in the sunshine for the snap.

Other images from the photoshoot capture the blonde beauty putting on a leggy display in a black swimsuit while reclining on a sun lounger and in a pretty pink strapless dress from Alexander McQueen.

Another picture, shows the seemingly knickerless star in an orange dress in the middle of a swimming pool. 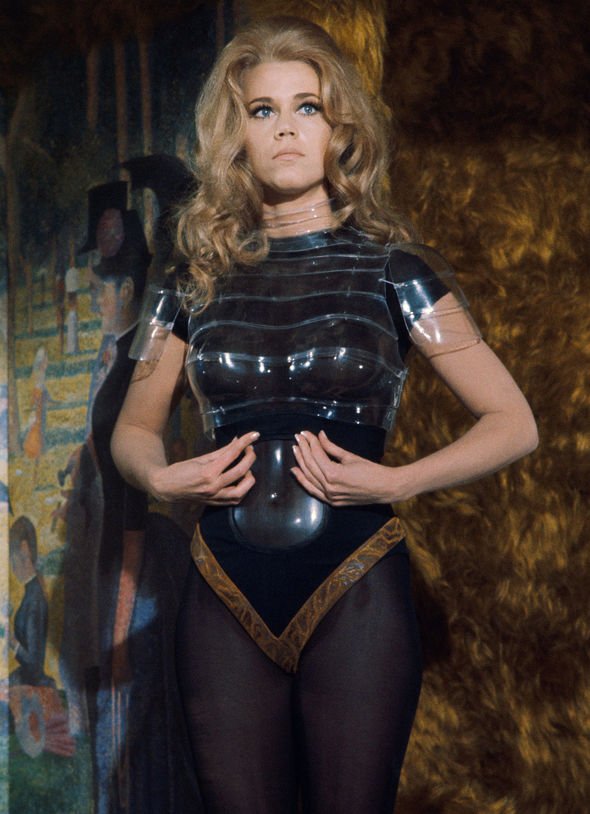 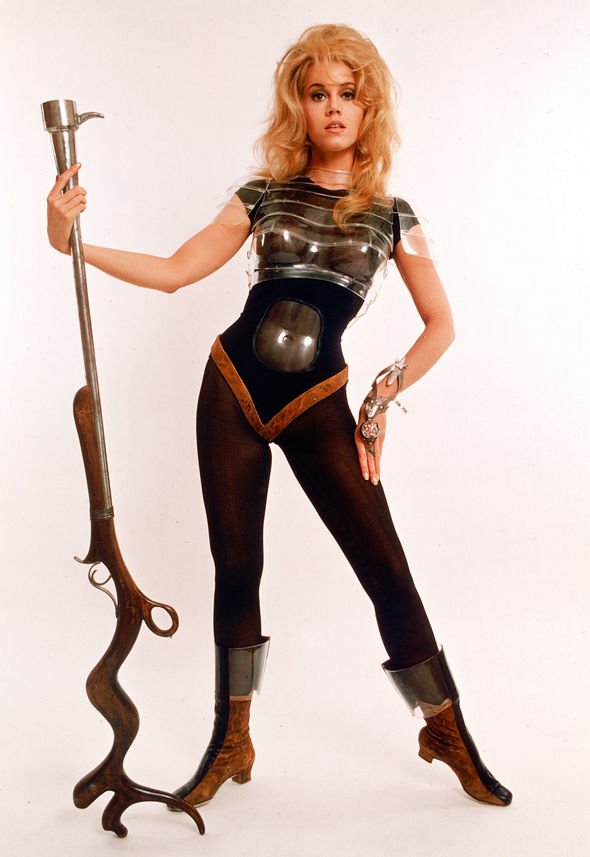 Earlier this week, the star, who decided to quit acting following the birth of her daughter, wowed at prestigious Hollywood film event – the Golden Globes 2020.

Gwyneth, who shares teenage children Apple, 15, and Moses, 13, with her ex husband Chris Martin, opted for a brown tiered dress made from a sheer tulle fabric which showed off her matching underwear underneath.

She completed her sexy look with a statement glitzy necklace and earrings. 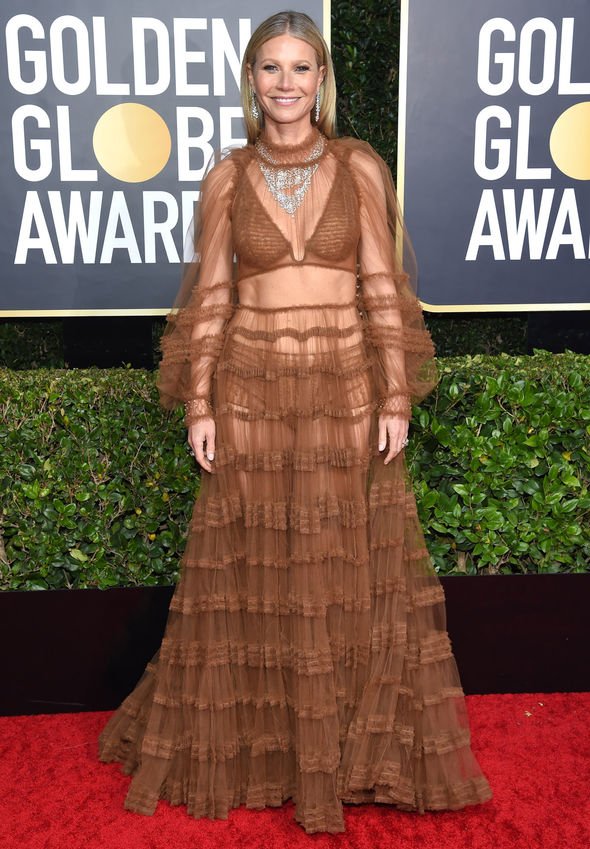 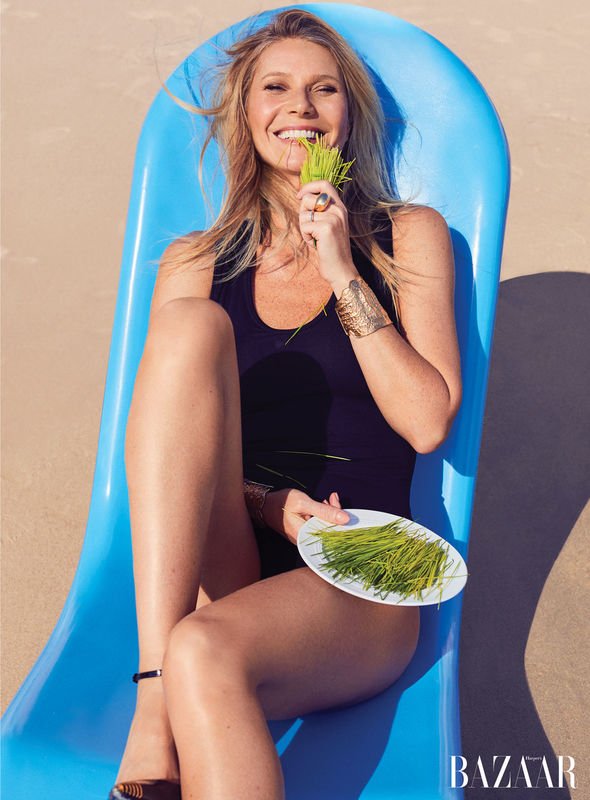 During her interview with Harper’s Bazaar, Gwyneth, who now runs a popular lifestyle blog, was asked if she thinks the acting bug will ever come back.

She told the publication: “Literally never—nev-er. When I was acting I really burned myself out…I really got to the point where even the little things, like sitting in the van going to set, getting your makeup touch-ups, and everything—I really don’t know that I can bear it.

Gwyneth continued: “The last movie I starred in, I was pregnant with my daughter. It was a movie called Proof, an adaptation of a play I did in London, and I was like, ‘I’ve had it. I can’t do this anymore.’

“I had morning sickness and I was dying, and I had these five-page monologues. So when I had her, I knew I was going to take a big chunk of time off. And I’ve never starred in anything again.”