The ‘Nashville’ alum is all smiles when taking a picture with Paula Abdul, ‘The Hills: New Beginnings’ star Caroline D’Amore and ‘The Vampire Diaries’ actress Katerina Graham at a special screening of ‘Cooking with Paris’.

AceShowbiz –Hayden Panettiere has finally made her first appearance at a public event in more than two years. The former “Nashville” star, who recently reunited with her abusive ex-boyfriend Brian Hickerson, was spotted attending a special screening of Paris Hilton‘s Netflix series “Cooking with Paris” in Los Angeles.

At the Thursday night, August 5 event, Hayden flashed her megawatt smile when taking a picture with Paula Abdul, “The Hills: New Beginnings” star Caroline D’Amore and “The Vampire Diaries” alum Katerina Graham. Pictures obtained by Daily Mail saw the 31-year-old wearing a black buttonless blazer over a white ribbed tank top that she paired with jeans.

Hayden, whose last stint on television was “Nashville” in 2018, boosted her height by rocking a pair of black heeled boots covered in floral designs. She completed her look with a black leather handbag and a necklace. 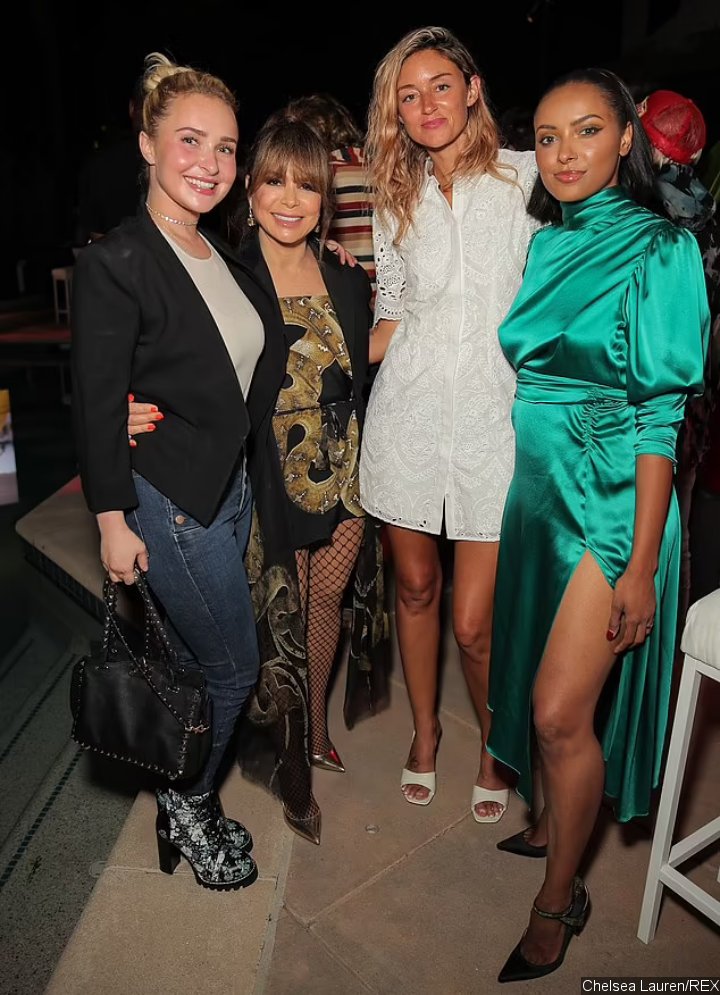 The outing arrived after the Claire Bennet depicter on “Heroes” reunited with her violent ex Brian following his prison release. “We went to a new restaurant that is Texas-based, and being a Southern guy, I’m a big fan of country music. So yes, there was some line dancing involved,” he told E! News in July. “Hayden and I are not back together but are working on a friendship.”

“We have a long history together, and the first step in my recovery as an abuser is making amends,” Brian went on sharing. “That’s exactly what Hayden has been gracious enough to allow me to do.”

Meanwhile, a source revealed to the outlet, “Hayden is open to forgiving Brian and starting a new chapter, despite her loved ones’ concerns.” The insider continued, “Hayden has a huge heart and wants to see the best in everyone.”

Brian was sentenced to 45 days in jail in late April after he pleaded no contest to two felony charges of injuring a spouse/cohabitant/girlfriend/child’s parent. He began serving his prison sentence on May 7.