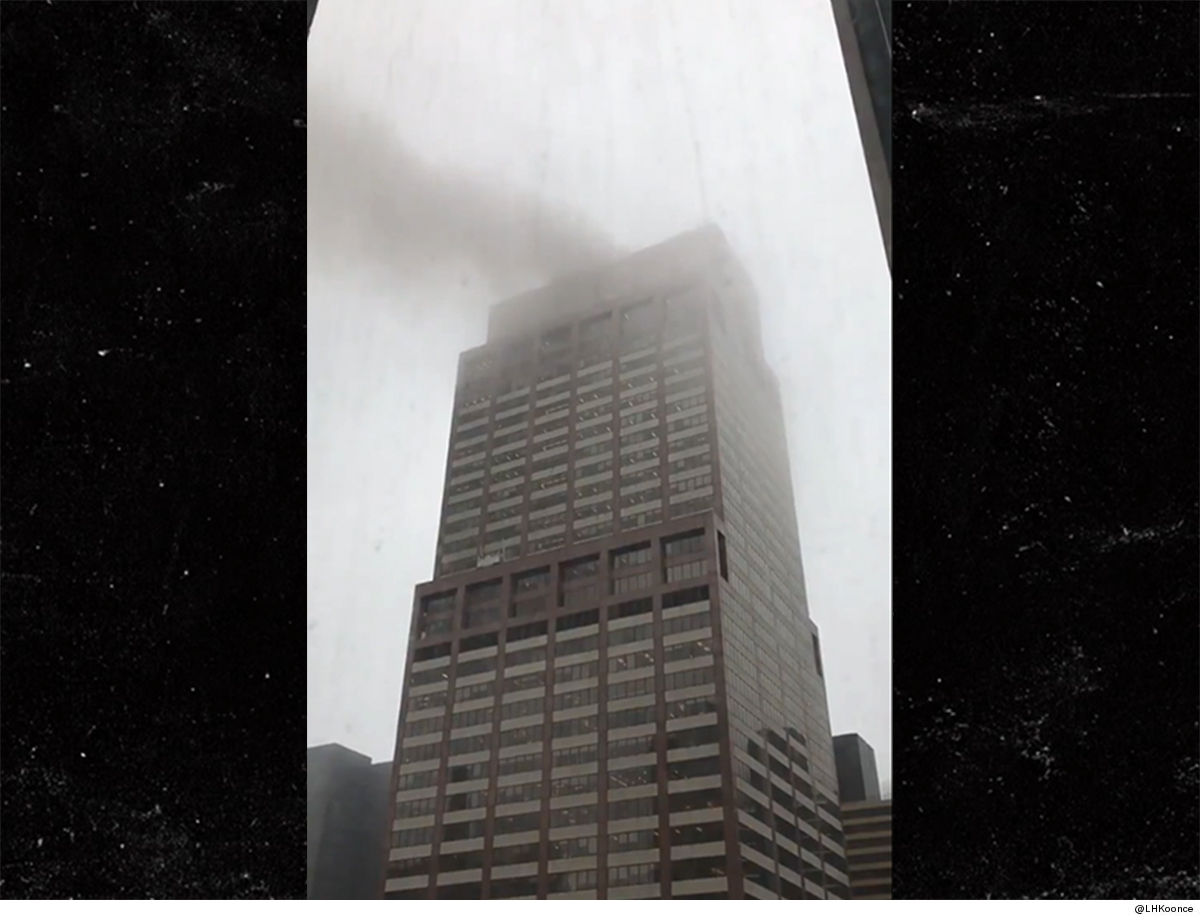 A helicopter came crashing down on the roof of a building in Midtown Manhattan … sparking a fire, according to officials.

According to the New York Fire Department … the chopper made a hard landing Monday afternoon on the rooftop of a high rise, and a two-alarm fire broke out. One person, reportedly the pilot, died.

The building is on 7th avenue between 51st and 52nd Streets in the heart of Midtown … and it’s a wild scene outside, with tons of fire trucks, police and first responders. The building and several neighboring properties are being evacuated.

Witnesses say they heard a loud rumble in the area of the crash … and in photos and videos from the scene, you see black smoke billowing into the sky.

It’s unclear what led to the fiery helicopter crash, and some people are freaking out about a possible terrorist attack, though there’s no official word.