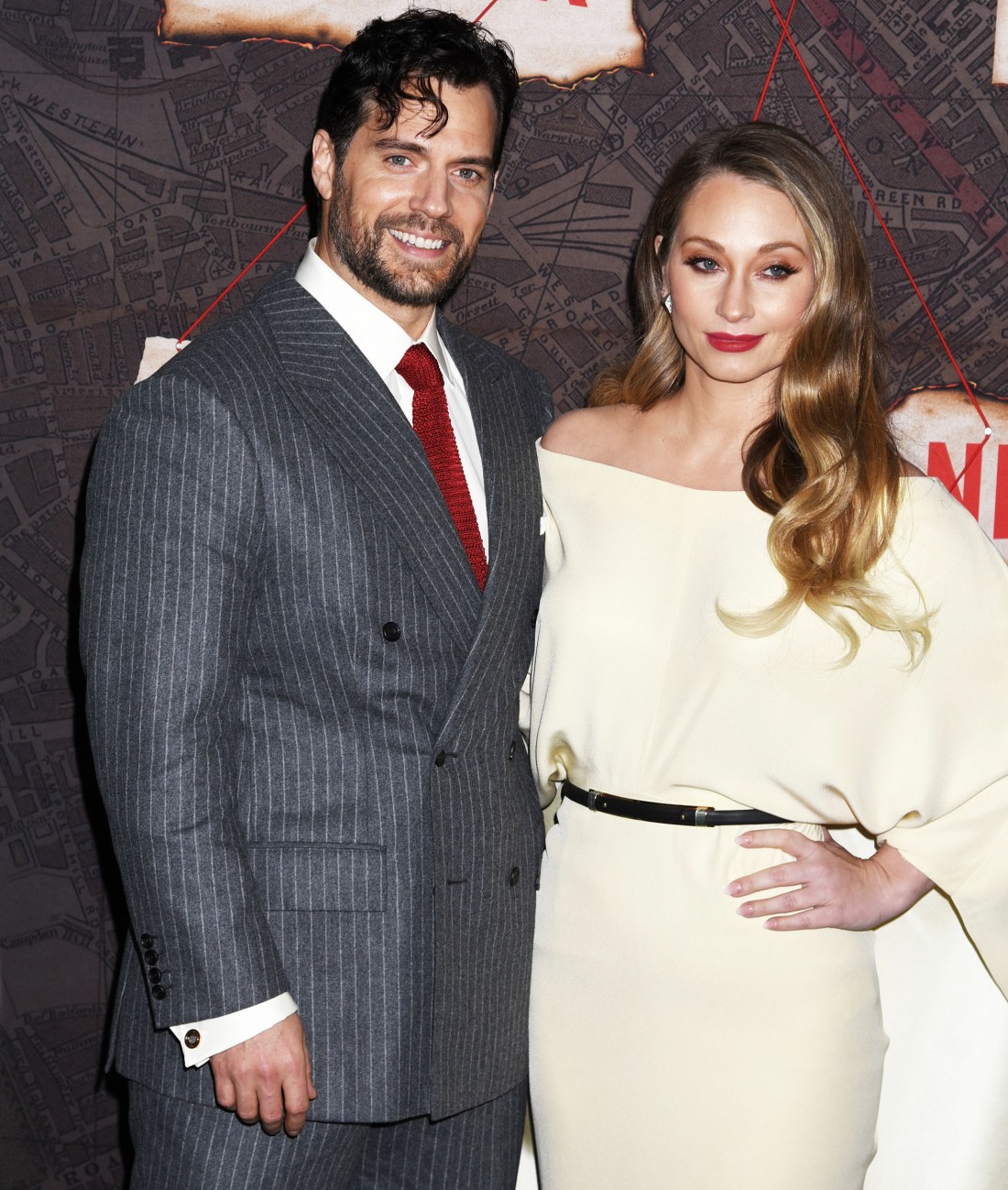 I loooooved the first Enola Holmes movie. It was so clever and such a perfect edition to the Sherlock Holmes universe. The story is basically that Sherlock and Mycroft Holmes have a much-younger sister, Enola, who is a brilliant crime-solver and adventurer in her own way. Henry Cavill played Sherlock and Sam Claflin played Mycroft. Millie Bobby Brown was perfect and adorable as Enola, and she did an amazing job carrying the first film. The first film was such a success that Netflix greenlighted a sequel, and MBB and Cavill have returned for a new adventure. It doesn’t look like Claflin returned, but Helena Bonham Carter is back as Eudoria Holmes (the mother), and they’ve added some new cast members.

Last night was the big premiere and everyone kept it cute. This was the first time that Henry Cavill has walked a red carpet with his girlfriend Natalie Viscuso. I’m not entirely sure when Henry and Viscuso started dating, but they became Instagram-official in April 2021. As soon as she appeared on his IG, his fans got really creepy about her and Cavill even stepped in to tell people to chill the f–k out. I imagine we’ll get another round of that now that they’re red-carpet official. Hey, at least he’s not dating another college student. 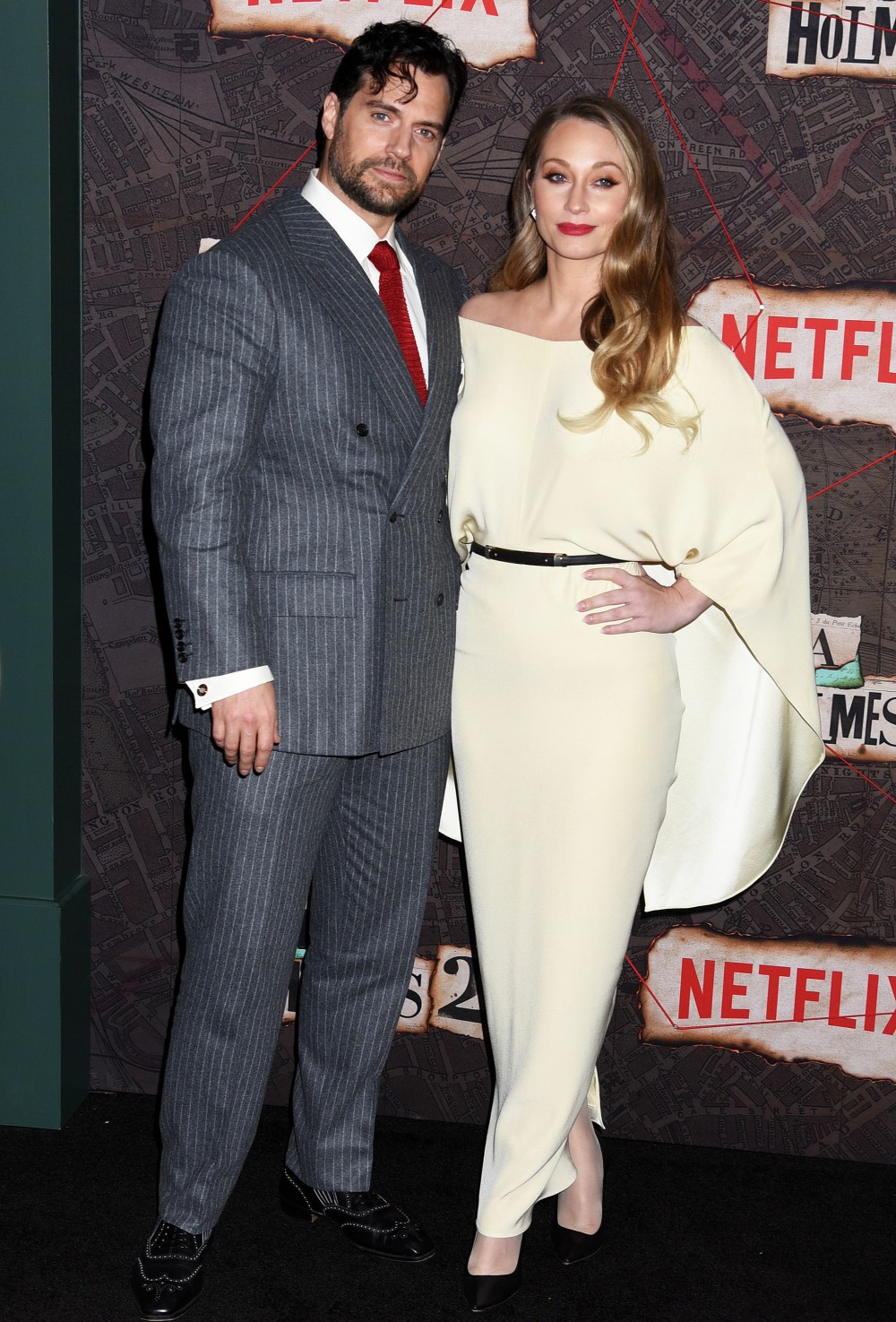 Here’s Millie with her boyfriend Jake Bongiovi. Her dress is Louis Vuitton – I don’t hate the pale pink with the black floral stuff, but I want to “fix” everything with that neckline and halter. Poorly cut. I wonder if she’s growing out her hair? 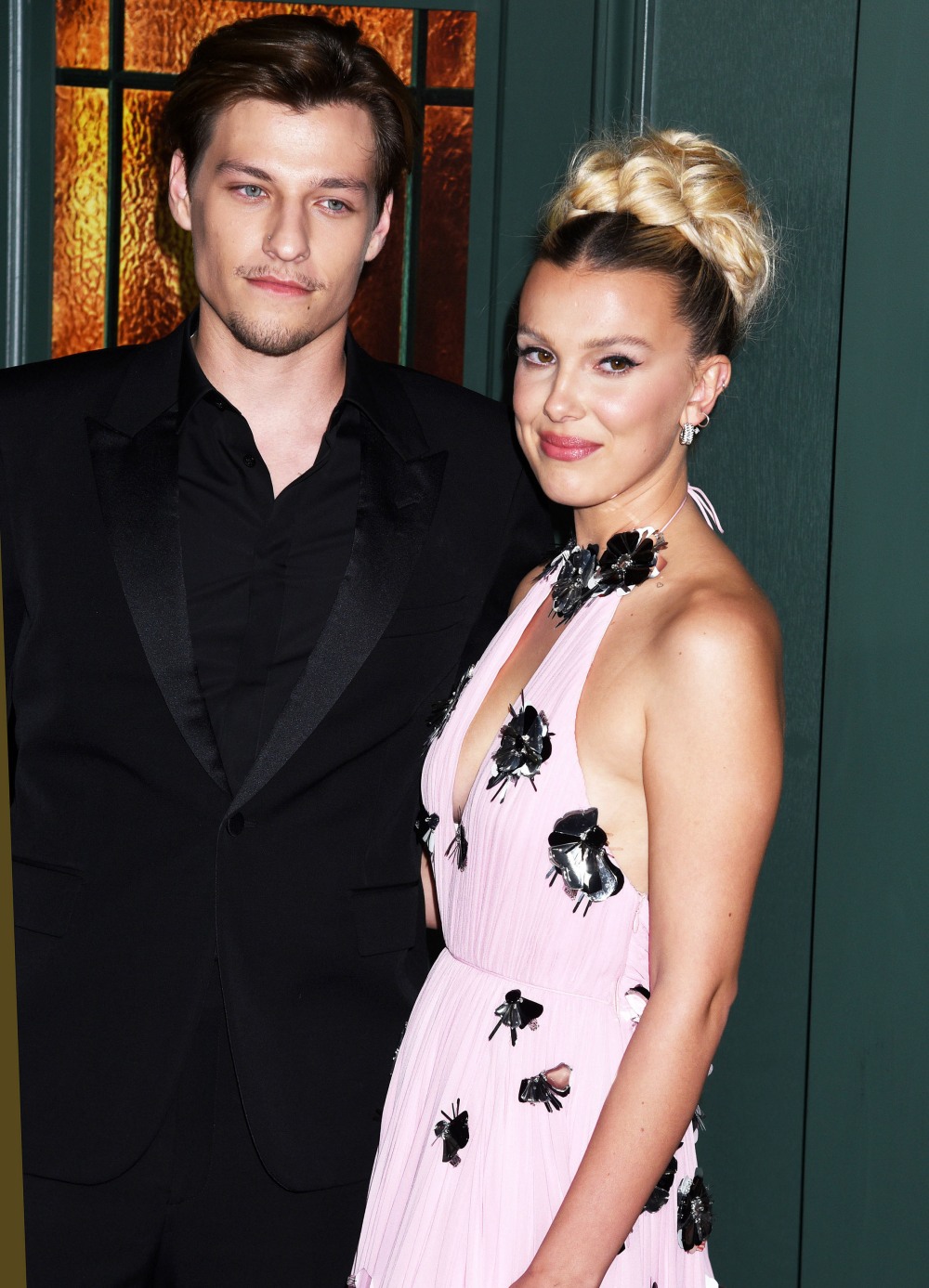 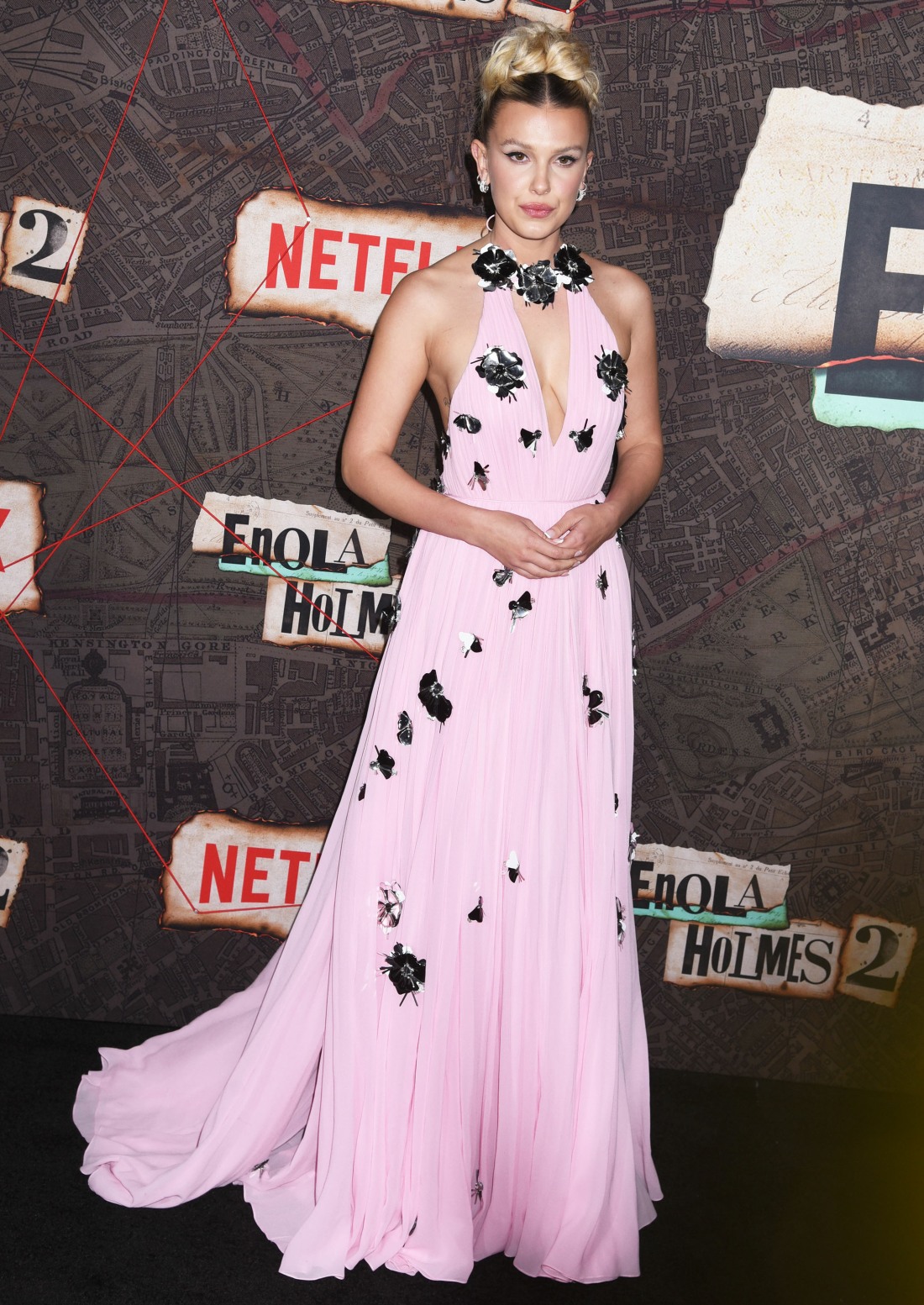