Home » Celebrities » How Much Was Art Metrano Worth At The Time Of His Death?

How Much Was Art Metrano Worth At The Time Of His Death?

Stand-up comedian Art Metrano died due to natural causes on Sept. 8. He was 84 years old, as reported by The Hollywood Reporter. Metrano also played numerous well-known roles, like the egotistical cop boss Ernie Mauser in the second and third “Police Academy” films, rock band manager Rico Mastorelli on the ABC sitcom “Joanie Loves Chachi,” and Dr. Steinberg in “How Stella Got Her Groove Back.”

Metrano saw his career soar in 1970 when he performed a comedy bit called “The Amazing Metrano” for the first time on “The Tonight Show” with Johnny Carson. Metrano basically would do “magic tricks” — but the joke was, they weren’t actually magic at all, while singing gleefully the tune “Dah-duh-dah-dah, dah-duh-da-da!” from the 1930 song “Fine and Dandy.” Fast-forward 37 years later to 2007, when Metrano sued the hit TV show “Family Guy” because he believed they took his magician bit for their animated movie “Stewie Griffin: The Untold Story.” Metrano sued for copyright infringement and claimed damages for over $2 million, per The Hollywood Reporter. But Judge Philip S. Gutierrez of the U.S. District Court for the Central District of California dismissed the case, and Twentieth Century Fox Film Corp paid Metrano a settlement, per TV Overmind.

Even though the case was dismissed and Metrano retired in 2008, Metrano still was a winner, having made serious coin along the way. But how much was he worth at the time of his death? 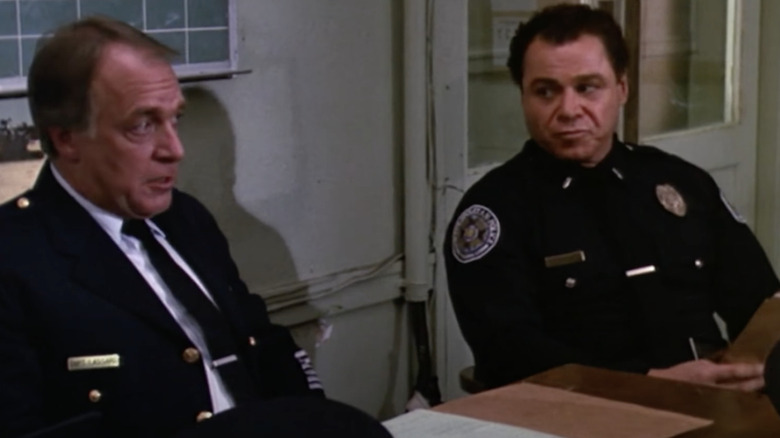 Net worth reporting websites like Article Bio and Bio Gossip place Art Metrano’s net worth around the $1 million range with an annual salary of $100 thousand while he was still working. However, Net Worth Post places Metrano at around $850,000, so Metrano’s true net worth before his death is a little murky.

Even though his finances aren’t transparent, it’s clear how much Metrano loved entertaining people, especially after his devastating accident in 1989, when he was working on his Los Angeles home and fell off a ladder, landing on his head and fracturing his first, second and seventh vertebrae, which made him a quadriplegic. “He was at the peak of his career when that happened, and then it just stopped,” Metrano’s son said to The Hollywood Reporter. “But he managed to enjoy life and overcome adversity.”

Metrano wasn’t the only person from “Police Academy” to experience tragedy, but he didn’t let that stand in the way of doing what he loved. Metrano utilized his disability to his advantage with his show “Metrano’s Accidental Comedy,” which included standing up from his wheelchair and taking a few steps to shock the audience.

His death is a loss for comedy, but Metrano would’ve wanted everyone to laugh instead. “Art would want all of his friends and family to continue to smile when they think of him and to laugh and continue on celebrating life,” his family said, via The Hollywood Reporter.

Art, How, Metrano, Much, Was, Worth
World News