Iggy Azalea, who gave birth to her son Onyx earlier this year, flaunted her slim post baby body in a tight white dress a day after revealing that she can’t stop dropping weight.

Iggy Azalea, 30, is slimmer than ever seven months after welcoming her son Onyx, who she shares with her ex Playboi Carti, 24. The rapper, who has been loving mom life, shared a new picture to her Instagram page on November 17 and she looked stunning in a tight white dress.

Iggy’s famous curves were on full display in the photo. The figure hugging white dress only accentuated her tiny waist with fans applauding her post-pregnancy body. One fan wrote, “slimm thi thi thick” in the comments section and Iggy was quick to reply, “basically hahaha.”

The gorgeous photo comes just two days after Iggy revealed on Twitter that she’s 20 pounds lighter than before she gave birth to Onyx. The “Fancy” chart topper opened up about her post baby body in a November 15 tweet, and asked other new moms whether they had also lost a lot of weight quickly after giving birth.

“Any other moms who can’t stop dropping weight after having a baby? (Not a brag, genuinely wanna hear if you had this happen),” she wrote. “I don’t try/want to lose weight but it’s literally just shedding off me, is it hormonal? Should I be concerned? 20lbs lighter than pre baby and counting.”

Iggy is no stranger to sharing personal details with her fans on social media. Last month, on October 23rd, she took to her Instagram Story to reveal that she was single and had called it quits with Playboi Carti. The Australian born artist made it clear that it was Carti who had messed up the relationship, writing on the social media site: “You lost a real 1. People take loyalty for granted & that’s why I’d rather be alone. One thing I’ll never understand is how liars live with themselves. That s**t don’t eat y’all up inside?”

As HollywoodLife previously reported, now that Iggy is single again there are “guys lining up to date her” but she’s only got one guy on her mind — her beautiful baby boy. “She’s just enjoying her time as a new mom,” the source said. “She’s so excited about Christmas with Onyx, it’ll be his first and she’ll make it very magical for him.” 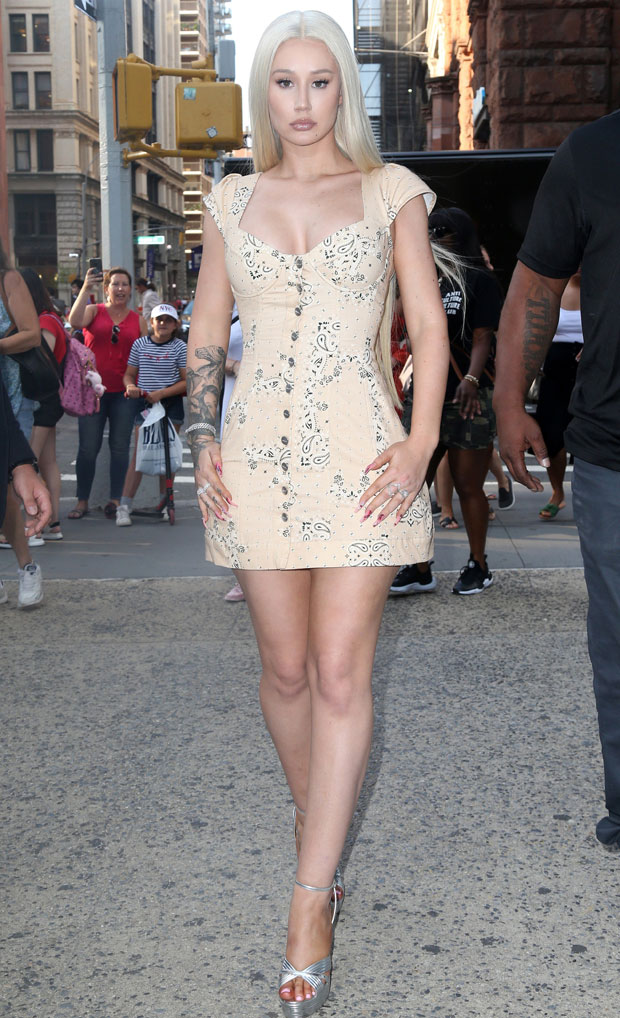 At the time of the split a source told HollywoodLife EXCLUSIVELY that Iggy was just focused on being a great mom. “Iggy is a very strong woman and being a mother, she’s even more committed to do what is right for her child. And to be a single mom is exactly what Onyx needs in her eyes,” the source said. “Iggy is not looking to date someone new. Not looking to get back with Carti. She’s looking to be the best mother she can be. She isn’t going to stress on the reasons she broke up with Carti. It is sad but it is what it is and she has to move forward because if she doesn’t that will ruin her growth. Simple as that. She needs to step up, she is and is a very happy and proud single mom.”