I'm A Celebrity: Caitlyn Jenner talks transition and the Kardashians

I’m A Celebrity: Caitlyn Jenner reveals she first wanted to transition THIRTY years ago… as she fields questions from curious campmates about the Kardashians

With just two episodes of the new series of I’m A Celebrity… Get Me Out Of Here! having aired, she’s already emerged as a favourite among viewers.

And Caitlyn Jenner, 70, was seen digging deep into her personal life on Monday night’s instalment, when she opened up about her transition, revealing that she initially wanted to go through the process more than 30 years ago.

However, while her candid confessions grabbed her campmates’ attention, she also fielded questions about her daughters Kendall and Kylie Jenner, as well as their older half-sisters Kim, Khloe and Kourtney Kardashian. 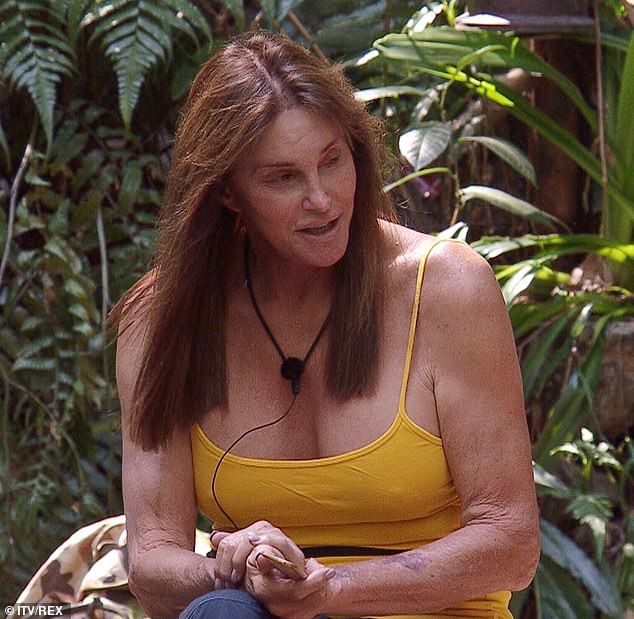 Telling all: Caitlyn Jenner revealed that she first wanted to transition more than 30 years ago during Monday night’s instalment of I’m A Celebrity… Get Me Out Of Here!

The discussion kicked off when Kate Garraway slipped back into journalist mode as she quizzed Caitlyn about whether she’d had any doubts about long-running reality show Keeping Up With The Kardashians when it first started airing.

After Caitlyn responded that she’d never been doubtful, James Haskell revealed: ‘I used to have a massive crush on Kendall.’

Andrew Maxwell drew a chuckle from Caitlyn when he added ‘I think most men on the planet have fancied one of your daughters at some point.’ 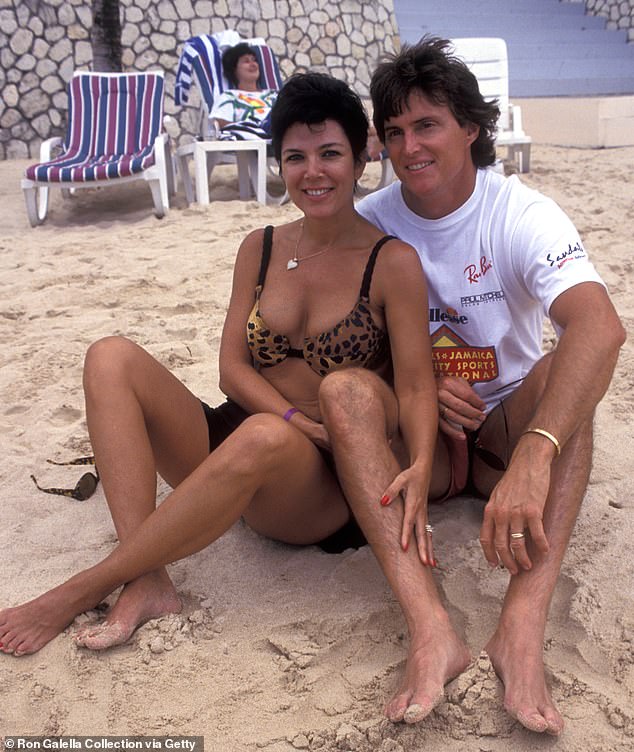 Process: The star has previously confessed that her desires to go through the process predated her marriage to Kris Jenner. Pictured pre-transition as Bruce in Jamaica in 1993 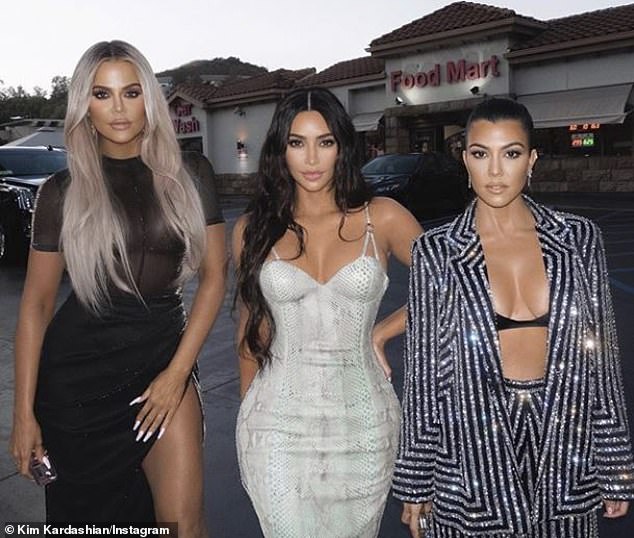 Visibly enthralled by the topic of conversation, Jacqueline Jossa asked Caitlyn if her kids knew if she was doing I’m A Celebrity. ‘Yeah, they all know,’ replied Caitlyn.

Changing the subject, Caitlyn soon switched the conversation to her transition, which she revealed she wanted to go through more than 30 years ago.

She confessed: ‘I thought I was gonna transition before I was 40, I didn’t want to be an old chick but this is the latter ’80s and I never felt like I fitted in anywhere, I was trying to figure myself out, running around town.’ 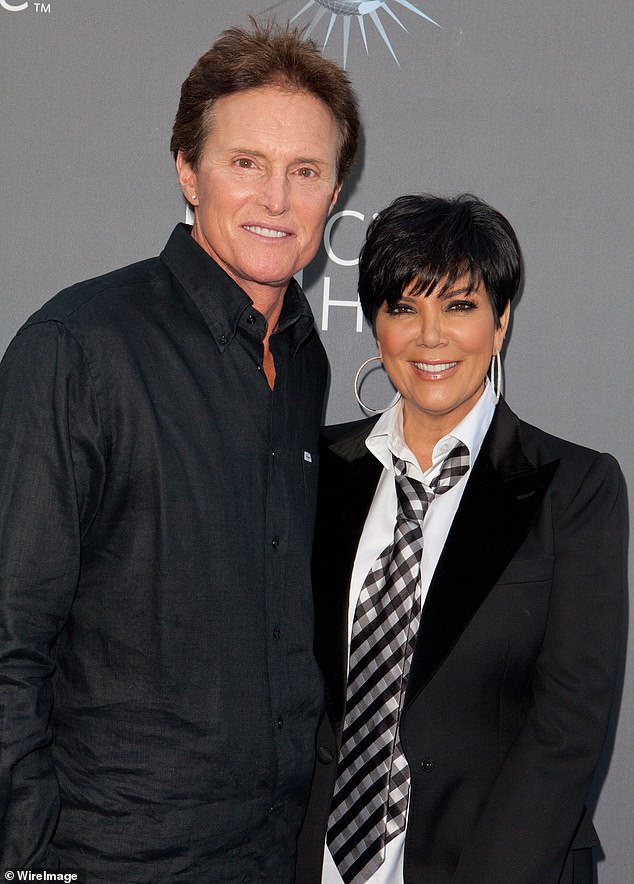 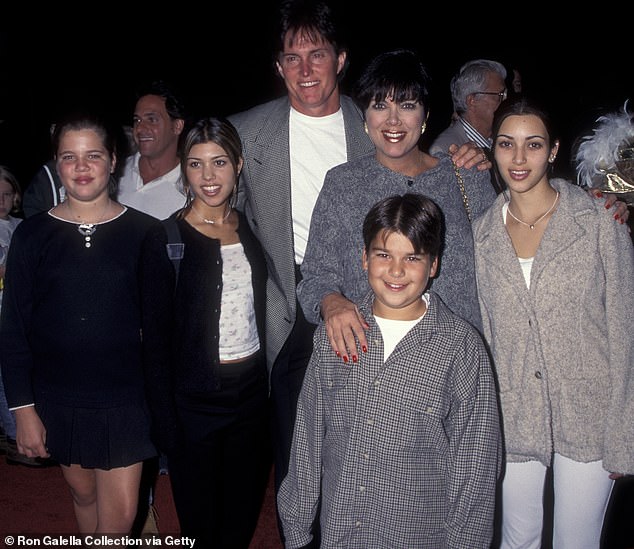 Robert: As well as the Kardashian girls, Caityln was also stepdad to Robert Kardashian (front)

‘Running around town, what do you mean?’ Andrew asked, prompting Caitlyn to confirm:  ‘Cross dressing running around.’

Looking stunned by the answer, Andrew pressed: ‘So you’d cross dress in your car and drive around town?’

‘Yeah, at the time,’ Caitlyn said casually. ‘I had a turbo Porsche and it was like the day before Halloween and this car pulled up beside me and it’s my next door neighbour, I said I was going to a Halloween party.’ 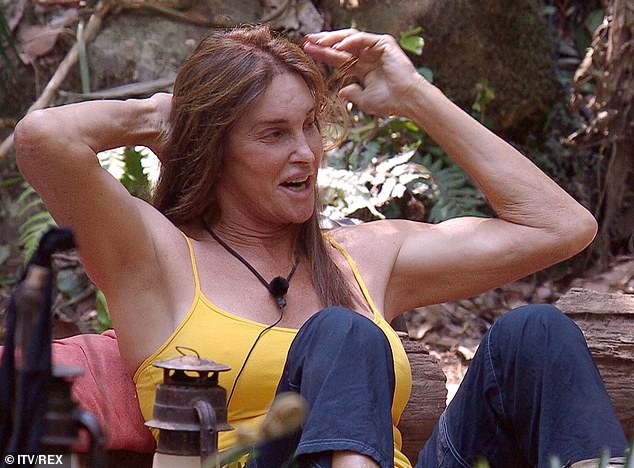 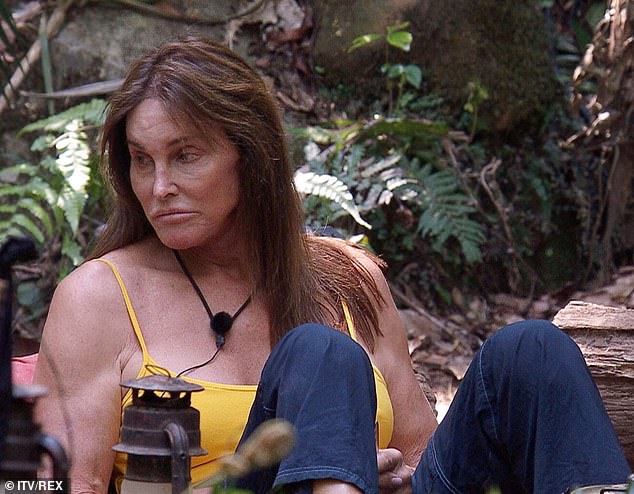 Reveal: She admitted she wanted to transition before 40 as she didn’t want to be an ‘old chick’

‘I think the biggest thing about your thing is all those people thinking about not being able to do it is the fact they should feel comfortable to do it however hard it is because 99 per cent of the time it’ll work out alright.’

‘All my life I struggled with all of those,’ Caitlyn openly admitted in response.

She later spoke about how her transition had affected driving experiences, saying: ‘Then I got my first DWF, “driving whilst female”. I was driving my car and some guy in a pick up truck beeps his horn and you look over and he’s like blowing kisses.’

James asked Caitlyn if she had a music track she played while driving around town, to which she laughed and said: ‘Yes, Aerosmith’s Looks like A Lady,’ prompting Caitlyn and all of her Snake Rock campmates to sing the ’80s rock hit. 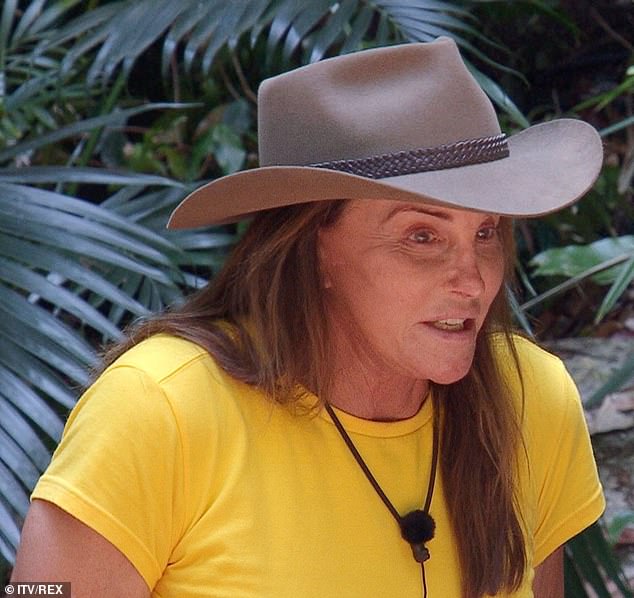 Favourite: With just two episodes of the new series of I’m A Celebrity … Get Me Out Of Here! having aired, she’s already emerged as a favourite among viewers 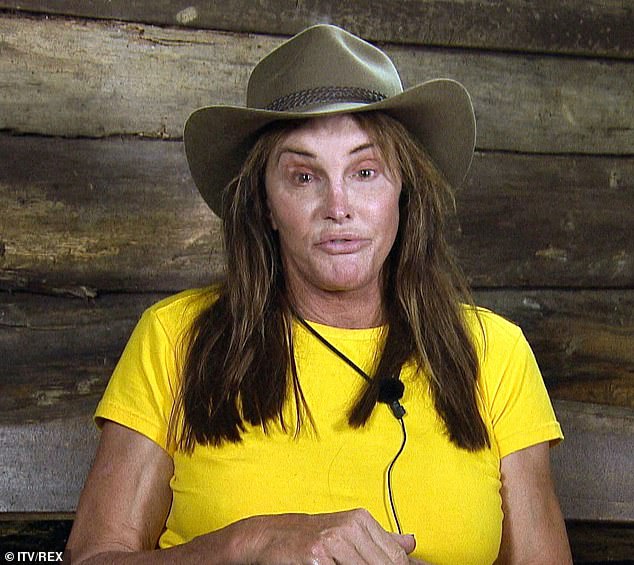 Hitting the road: The American star confessed that she used to drive around dressed in women’s clothes before going public with her transition

Talking in the Bush Telegraph, Ian Wright later said: ‘Caitlyn talking about herself is just so interesting, I’m fascinated.’

Caitlyn was married to her wife of 24 years Kris Jenner at the time news first broke of her plans to transition. She has two biological children – Kendall and Kylie – with Kris.

The former sports star, who has other children from previous relationships, is also the former stepfather of Kourtney, Kim, Khloe, and Robert Kardashian.

I’m A Celebrity… Get Me Out Of Here! continues on Tuesday at 9pm on ITV. 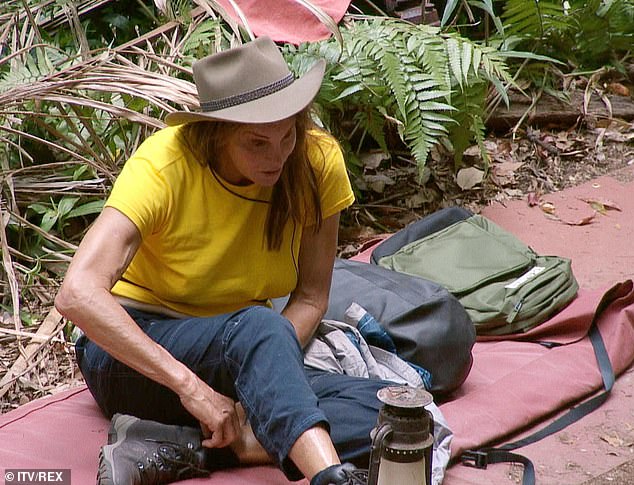 Getting very candid: No topic appeared to be off limits as she got candid with her campmates 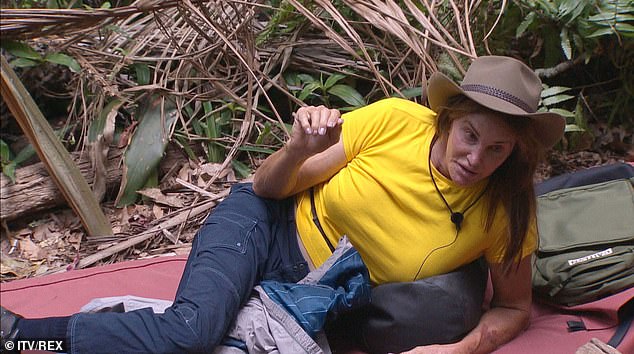 Listening: She listened as some of the campmates spoke about their crushes on her daughters