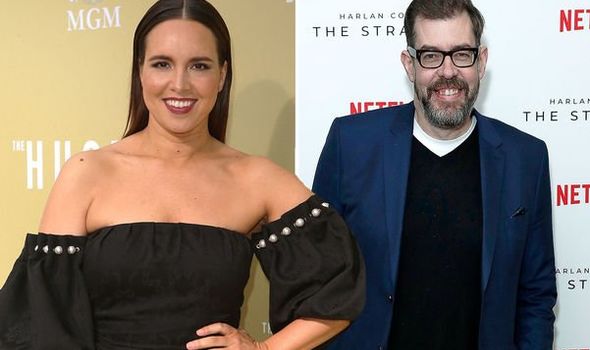 Pointless host Richard Osman is dating Doctor Who actress Ingrid Oliver, 44, and the pair have moved in together. The 53-year-old gushed about his new partner in a rare admission about his personal life this week.

In past interviews, the presenter and author has avoided answering questions about his love life.

After finding love in lockdown, he has seemingly changed his ways as he discussed dating Ingrid.

He spilled: “I managed to find love in the pandemic. Sickening, isn’t it?

“I met someone, we love each other and isn’t that a wonderful thing?

In a new interview with The Times, he revealed the pair met through mutual friends.

“It’s been really lovely,” he added.

The pair were spotted out together for the first time last month.

Dressed in casual attire, they couple walked hand in hand down a street in West London. She has also previously been a guest on his show House of Games.

According to a source, Richard has told friends she is “the one” for him.

The presenter’s new romance comes after he dated jazz singer Sumudu Jayatilaka in 2018.

Following their split, he refused to discuss what happened between them.

Asked whether the romance described in his book The Thursday Murder Club was autobiographical, he told the publication: “I’d rather not go into all of that.

“We’re not together, so I’d rather not upset her at all.”

The host was once married to the mother of his two children Ruby and Sonny.

After splitting from his wife, the he admitted he feared the family situation would be “awful” but was relieved that it all worked out.

He spilled: “When my partnership broke up, I did think, ‘Oh God, this is going to be awful’.

“I’ve seen my kids nonstop. It was quickly worked out it wasn’t going to be the same, which is an extraordinary relief.

“They know I love them and I tell them nonstop, which bores them rigid. But I never got told that.”