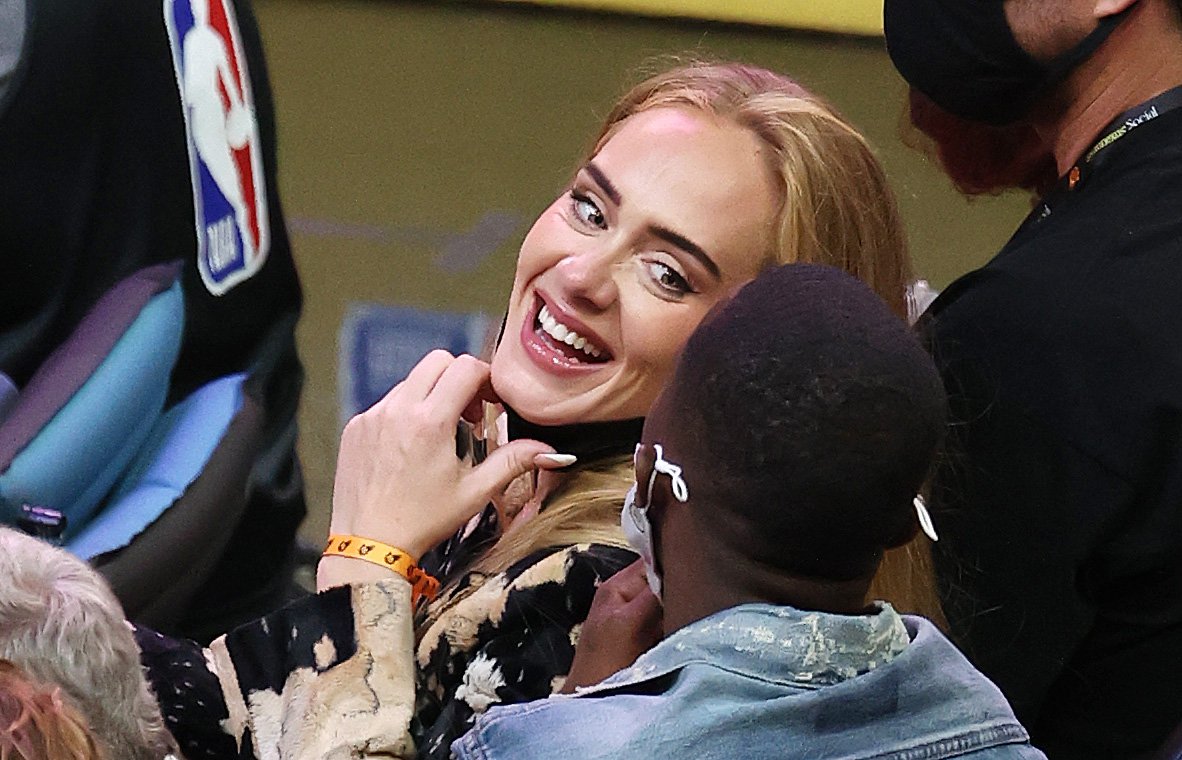 I understand I may be going against the grain here. I’m a monster, I know.

But I’m looking forward to Adele once again infiltrating my senses as a celebrity way more than I am about her impending new tunes.

The re-emergence of the star earlier this month reminded me just how much I love her as a celebrity – it feels weird to say ‘as a person’ because, without knowing Adele personally (something I’m still trying to work on) I can’t say for sure this version of her is the real Adele, even though, let’s be honest, it probably is – that I forgot she was even releasing music.

While I’m sure I’ll have a listen when Easy On Me is released tomorrow, just like millions of others, and probably feel all the emotions Adele’s powerful ballads usually encourage, just like millions of others, if her comeback song is the kind of heartbreak slow jam we’re all anticipating it to be, that’s not going to be the most exciting thing about her return to the spotlight for me.

I know so many obsess over every note of Adele’s music, using it as a coddling and soothing blanket, or as the tub of ice-cream or shoulder of a best friend to get them through life’s testing moments, or to just have good ol’ fashioned cathartic sob on a Tuesday morning because you forgot to put the bins out.

And I’m no heathen myself – I love the singer’s more up-tempo tunes. Your Rumour Has Its, Rolling In The Deeps, the Send My Loves. And while I was partial to a cry while listening to Make You Feel My Love back in the day, these days I’m perfectly capable of becoming wildly emotional and crying at the drop of a hat without the need for Adele Adkins to signal my tear ducts to engage maximum overflow.

But I’m tingling with anticipation for tomorrow for a whole different reason.

I’ve longed for the addition of ‘oi! oi!’ to interviews and Instagram captions once again, and the throwing around of the F-word with such wild abandon I can already hear the censors wincing.

While some mark their favourite Adele as the pouring-out-of-hearts singer whose lyrics timestamp various moments in their life, mine is the Monster-rapping, middle-finger wielding, unapologetic Spice Girls fanatic who uses her platform to both celebrate and advocate for those who don’t have as big an audience; appearing to both revel in and dismiss her stardom, stepping out of the spotlight when it no longer serves her, only to return like she never departed.

The Adele who jumps on an Instagram Live and wonders what a ‘body count is’ before asking Rylan for advice on how to work the camera. Who prematurely announces her album while singing karaoke at a mate’s wedding, and dances like no one’s watching at fancy celebrity-hosted shindigs.

She’s ever so perfectly meme-able and why we still go around saying, ‘Ladies and gentlemen, Her’, while her unfiltered quips, delivered in her brilliant London accent (still as strong as ever despite being based in Los Angeles) and cackling laugh has come to be a part of her identity. You just don’t get that in her songs.

While I was busy scoping out all the fan photos during her break from the spotlight I’ll admit I was nervous she’d be, I don’t know, different on her return. Would she alter how she reacted with the public, seeing as all anyone could talk about was her weight? Would she not put herself out there in the same way if she feared the focus would always land on her appearance?

From her no-holds-barred assessment of those who critique said recent weight loss (‘suck my d**k’) to her candid remarks about the breakdown of her marriage and addressing of the cultural appropriation controversy of last year, Adele is still a masterclass in how celebrities can have control of their narrative without losing their personality.

Not to toot my own horn (ugh, Adele would hate that), but in my line of work I meet many a celebrity, from the A to the Z of this so-called list, and there’s nothing that grinds my gears than a famous person with a wholly fake facade constructed in a vain attempt to appear like they’re something they’re not.

There is a difference between guarding yourself and your privacy, which celebrities have every right to do, and pretending you’re not relatable – just ’cause. It just serves no purpose. You’re a millionaire. Have a laugh.

Sure I hardly relate to Adele on any great level, what with her reported $190million the bank, voice of an angel and ability to become ‘obsessed’ with exercise. But what we lack in current-situation relatability, she makes up for in putting out a side of her that reminds me to not care so much about impressing everyone, for god’s sake, and to not dim my shine or forget where I’ve come from.

Haters will say all of this is a perfect PR ‘image’ and while it’s probably naive of me to think at least some of this relatability isn’t manufactured or at least amplified, I maintain what you see is what you get with this woman and that is why tomorrow’s music is a delightful bonus but not the main reason I’ll be rejoicing Adele’s comeback.