Jennifer Aniston isn’t dating right now: ‘I have zero time, to be honest’ 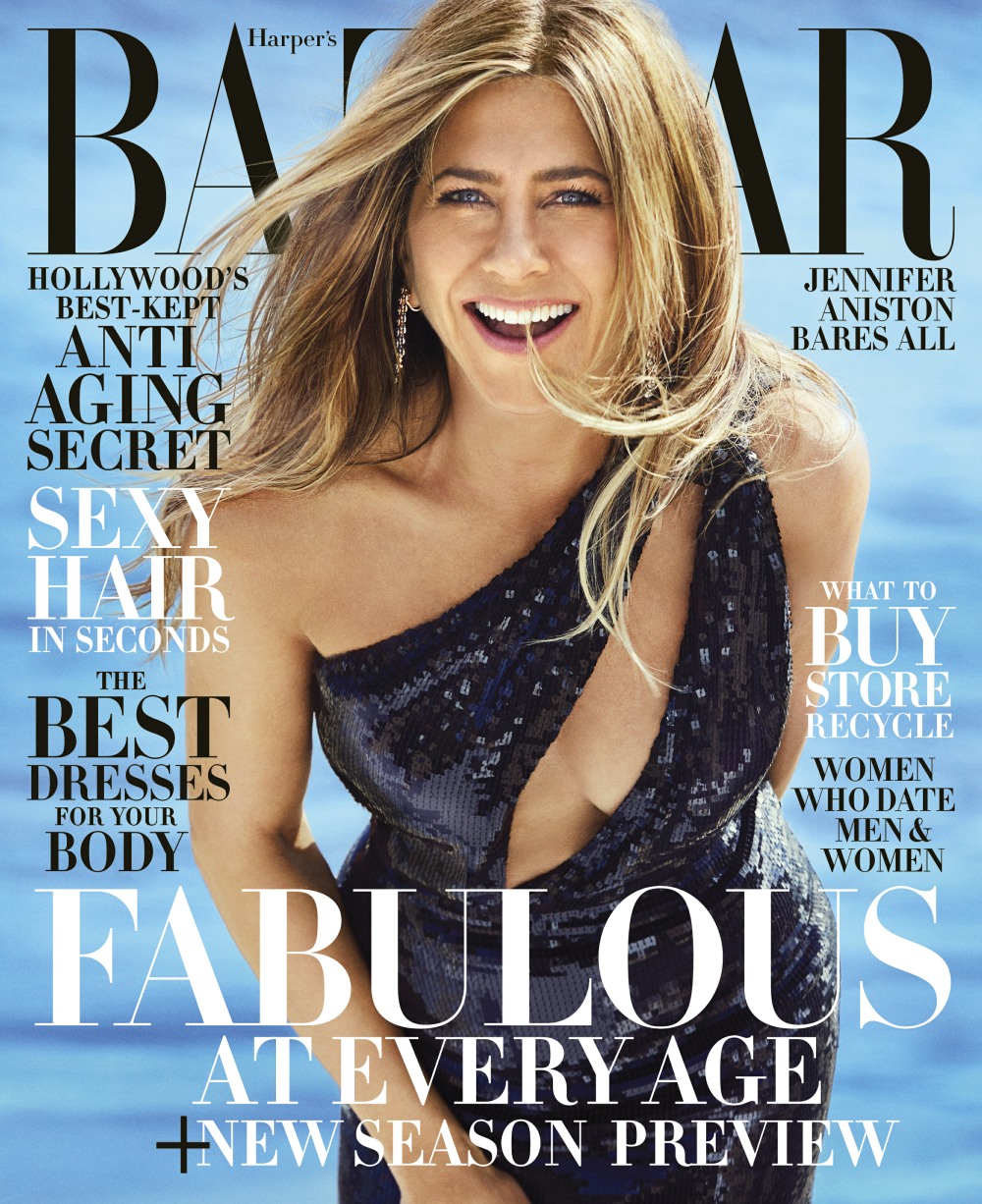 Jennifer Aniston covers the latest issue of Harper’s Bazaar, all to promote Murder Mystery, her new movie with Adam Sandler. She barely spends any time talking about the movie though – the interview (conducted by Tig Notaro) is mostly about how she’s #blessed and happy and single. It’s kind of a Nu Jen – obviously, the “happy, single Jen” branding isn’t new, she did that for years before Justin Theroux. But I feel like this time she might actually BE happy. You can read the full piece here. Some highlights:

On her 50th birthday party: “I had so many favorite moments, I don’t even know where to begin. It felt as though there was so much love in that room—everybody from all different walks of my life, from birth until now.”

On dating apps: “Am I on OkCupid? No. I have zero time, to be honest. My focus has been on the show, so dating has not been one of my first priorities. I feel like whatever [romance] looks like, it will present itself, and it’s not about seeking it out, you know?”

On never tiring of love: “When it comes knocking, it’s going to be welcomed. I’m not like, ‘No, I’m done with that. That’s never going to happen again.’ My time on this planet has been about…It hasn’t looked a certain way. It’s my way; it’s what I’ve been given this round. But I would say I don’t find any of my past has given me a reason to harden up and create a shell or a wall of ‘No more, that’s it, I’m closed.’”

On if she believes in soul mates: “I think we have many soul mates. I don’t think there’s one and one only. I think we have soul clusters. I’ve had some of my friends for 35 years. I think we’ve all made some sort of unconscious agreement. It’s like when certain groups of people meet, they form a little soul cluster—a sort of common group of souls who have been put together.”

On ageing: “I feel like regular Jen. But sometimes I can’t really spring up like I used to. I’ve had a few knee injuries, so I think the knees might need a little WD-40. Sometimes you want to spring up and the body just says, “Oh, no, you don’t,” but mostly my body feels better than ever. I work out four or five days a week. For the last two years, three or four of those days have been with my beloved Leyon, who is my boxing coach. He has given me a love for working out that I’ve never quite had before. It’s mental, it’s physical, it keeps your mind sharp. It’s something that I actually look forward to—I crave it.

I feel her so hard on the knee issue. That’s probably why she’s switched up her workouts a lot as she’s gotten older, and why she’s doing more upper-body work and less high-impact leg work. Plus, I think she got slightly bored with yoga-all-the-time. As for the rest of it… yeah, typical Jen. This is her post-Theroux rebrand and it’s fine. She’s fine, truly. She’s working a lot and she has her girlfriends and her dogs and she’s got a great life. 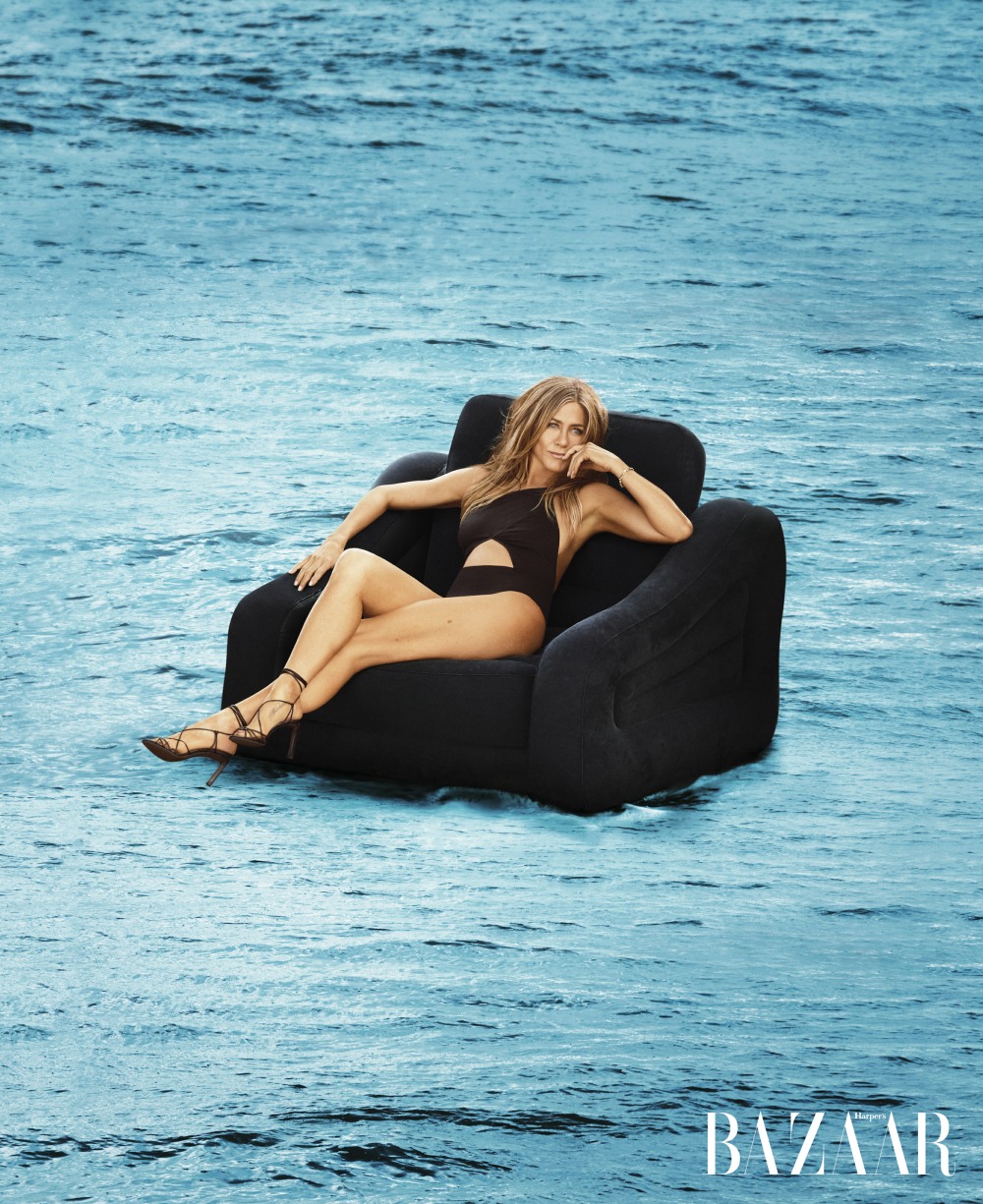