What are the chances of two family members becoming famous for different reasons, and completely independently of one another? Apparently it’s not impossible.

Joe Rogan just announced he has a famous cousin. They’ve never met, so it’s not like Rogan or his cousin built off of family connections to succeed in show business.

Who is Rogan’s famous cousin?

Gerard Way of My Chemical Romance shares a relative with Rogan 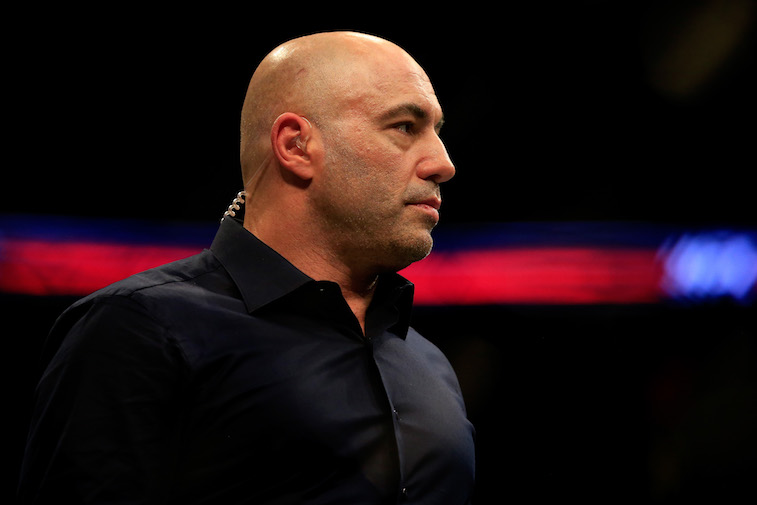 The relationship between these two is kind of cryptic. Rogan didn’t say a lot about their family history, or why they’ve never met.

The story came out on Rogan’s podcast. He was talking to filmmaker Kevin Smith, who is working on a project with Way. Smith said “I’ve gotta as a question on behalf of someone else. Your grandmother? Named Josie? Gerard Way? Lead singer of My Chemical Romance?”

The conversation kind of ended there. It’s possible Rogan doesn’t know a lot about his family connection to Way. The My Chemical Romance singer himself wasn’t 100% sure that he and Rogan were related.

He reportedly told Smith, “I don’t have 100% confirmation on this, but I’m pretty sure Joe Rogan is my cousin because my Aunt Josie was his grandmother.”

It seems like although Rogan says the two are cousins, he and Way might not be first cousins. It’s hard to pin down the family tree. Although Way is a little more open about his family, Rogan is pretty tight-lipped about his personal life.

Fans are anxious to know more. Hopefully Smith can get these two together so we can work out what their relationship actually is.

My Chemical Romance has been back in the spotlight lately

The band got back together for one single concert, and fans went crazy. For now, it’s just one show, which will be held in LA on December 20th. Of course, people are already speculating about the possibility of a reunion tour, but any news on that front is just gossip.

The tickets for the concert went on sale earlier this month. The prices were reasonable, at around $150 a ticket.

Even though the band tried to keep this mini-reunion under wraps, fans may not be shocked to learn about the concert. Joe Jonas revealed that he saw the band practicing in NYC earlier this year.

Even though the guys tried to deny any kind of upcoming project, the cat was out of the bag.

Way has been busy

Even though My Chemical Romance hasn’t been touring or making music recently, that doesn’t mean that Way hasn’t been busy doing other things. He’s behind the incredibly popular Netflix superhero drama The Umbrella Academy, for one thing.

The show is getting a second season, although Netflix hasn’t given fans an exact date for the release yet.

Way is also talking to Smith about doing the soundtrack for Clerks 3. That project is just getting underway, but fans would love to see Way do the music.

Being Smith’s friend may be one of the only things these two cousins have in common. Rogan and Way are both famous, but they’re very different. Way is sensitive and artistic. His band was a staple of early 2000s emo culture.

Rogan is a man’s man. He made a name for himself as a comedian, but now he works as an MMA commentator. Again, we’re not sure exactly how these two are related, but any blood between them at all is kind of surprising.