Jordan Banjo, 27, said that he and members of Diversity received threats aimed at their children in the fallout of their powerful Black Lives Matter performance on the semi-final of Britain’s Got Talent. The emotive routine portrayed a dramatic retelling of some of the biggest news events of the year in aid of the global movement, including George Floyd’s horrific murder.

How people can adapt one racial slur so many times is beyond me, you need a medal for that

Over 20,000 viewers who tuned into the ITV show last Saturday complained about the dance, to which TV regulator Ofcom confirmed it would be taking no action.

Speaking about the viral aftermath of their performance Jordan, who has two children who he shares with fiancé Naomi, said: “I don’t want to highlight it but there is an issue from threats, to talking about our kids, to being called names, I have never seen so much creative writing in my entire life.

“How people can adapt one racial slur so many times is beyond me, you need a medal for that.”

He added: “I haven’t spoken to all the boys, some of the boys don’t put themselves up front and centre, so they are part of the group and have loads of Diversity supporters following them, but in terms of me, Pel [Perri Kiely] and Ashley [Banjo], we have had quite a lot of stuff.

“Within a few hours of it airing it was all positive and the next day some people weren’t too sure and then when the whole media thing picked up a bit and people who hadn’t even seen the performance were just, ‘Watch your back when you walk around here.'” 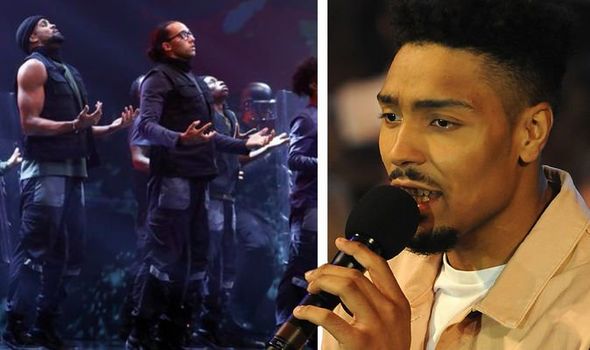 Despite the mixed response, the 27-year-old dancer admitted there has been more positive support than negative.

“The negative voices in the room always seem the loudest at first, but you look past all of that and you look past the few select headlines and genuinely there is so much more positivity than negativity,” he said.

“When you have ranging from people in the petrol station shouting across the forecourt how much they loved it and they watched it with their kids, we have been speaking to people saying, ‘My husband’s a teacher or I’m a teacher and we showed it at school’ or ‘It started a conversation in school.’

“You have people like Lewis Hamilton tweeting and it’s sparking a positive conversation, which is what we wanted.” 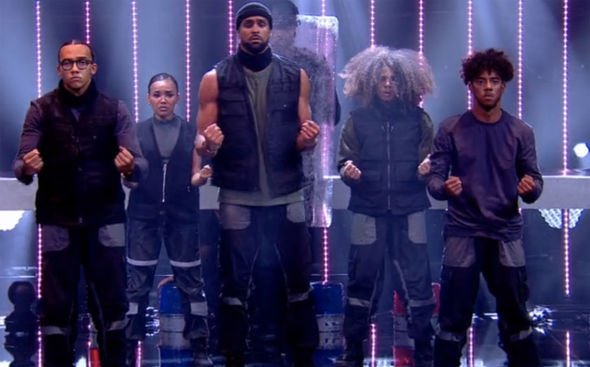 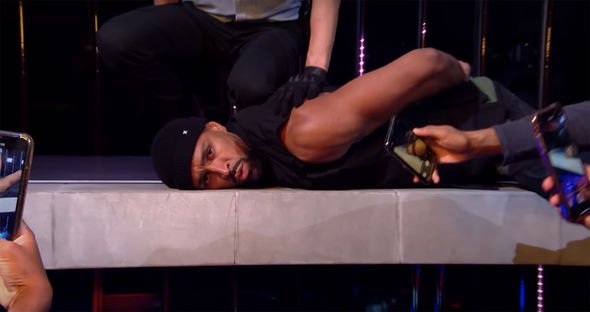 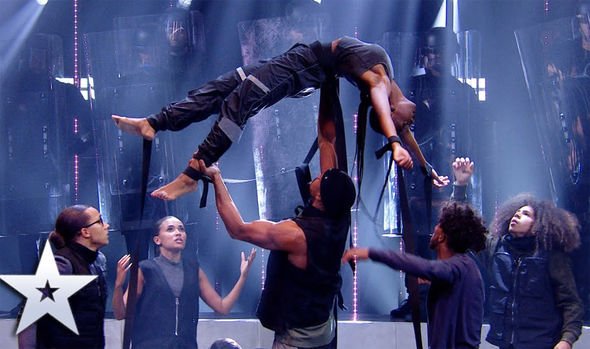 Jordan explained that they didn’t want to appear like they were “avoiding” the BLM movement by not including it in the routine about 2020, which was also a celebration of the NHS and all it had done throughout the coronavirus pandemic.

But he noted that while the routine was “misconstrued” by the many who complained, it didn’t take away from its sentiment.

He continued: “Some stuff gets misconstrued, some people have a different understanding or want to have a different understanding and for us the sentiment of Black Lives Matter – no funding, no organisation, no politics, nothing like that, but as a sentiment, as a sentence itself – if you disagree with that sentence then I don’t really know what to say.

“But for us, having a summary of 2020 as a performance and leaving out something as huge and important to us as Black Lives Matter seemed like we were trying to avoid it which we don’t want to do,” he told The Mirror.

Stars came out in force to support Diversity after news broke of the mounting complaints.

ITV also backed the group with a full page spread in the papers.

In a statement, the broadcaster said: “Britain’s Got Talent has always been an inclusive show, which showcases diversity and supports strong storytelling in all forms and ITV stands behind the decision to broadcast Diversity’s performance on BGT.

“Ashley and the group are a great example of the talent, creativity and diversity of modern Britain and their performance was an authentic heartfelt response to many of the issues and events which have affected society in 2020.”

Jordan’s brother and group frontman Ashley, who is also stepping in as a judge on BGT while Simon Cowell recovers from his bike injury, shared Ofcom’s decision on his Instagram page after breaking his silence in a seven-minute long video about the complaints last weekend.

He wrote: “Creativity is always a leap of faith.

“All I did what was what felt right and I’d do it 100 times over… Sending love to everyone that stood by us #Diversity.”