Making it official? Kaitlynn Carter was at Miley Cyrus’ rehearsal for the 2019 MTV Video Music Awards, Us Weekly can confirm.

A source told Us that Carter, 30, supported Cyrus, 26, as the “Wrecking Ball” singer practiced for her VMAs performance at the Prudential Center in Newark, New Jersey, on Monday, August 26, at around 2 p.m. 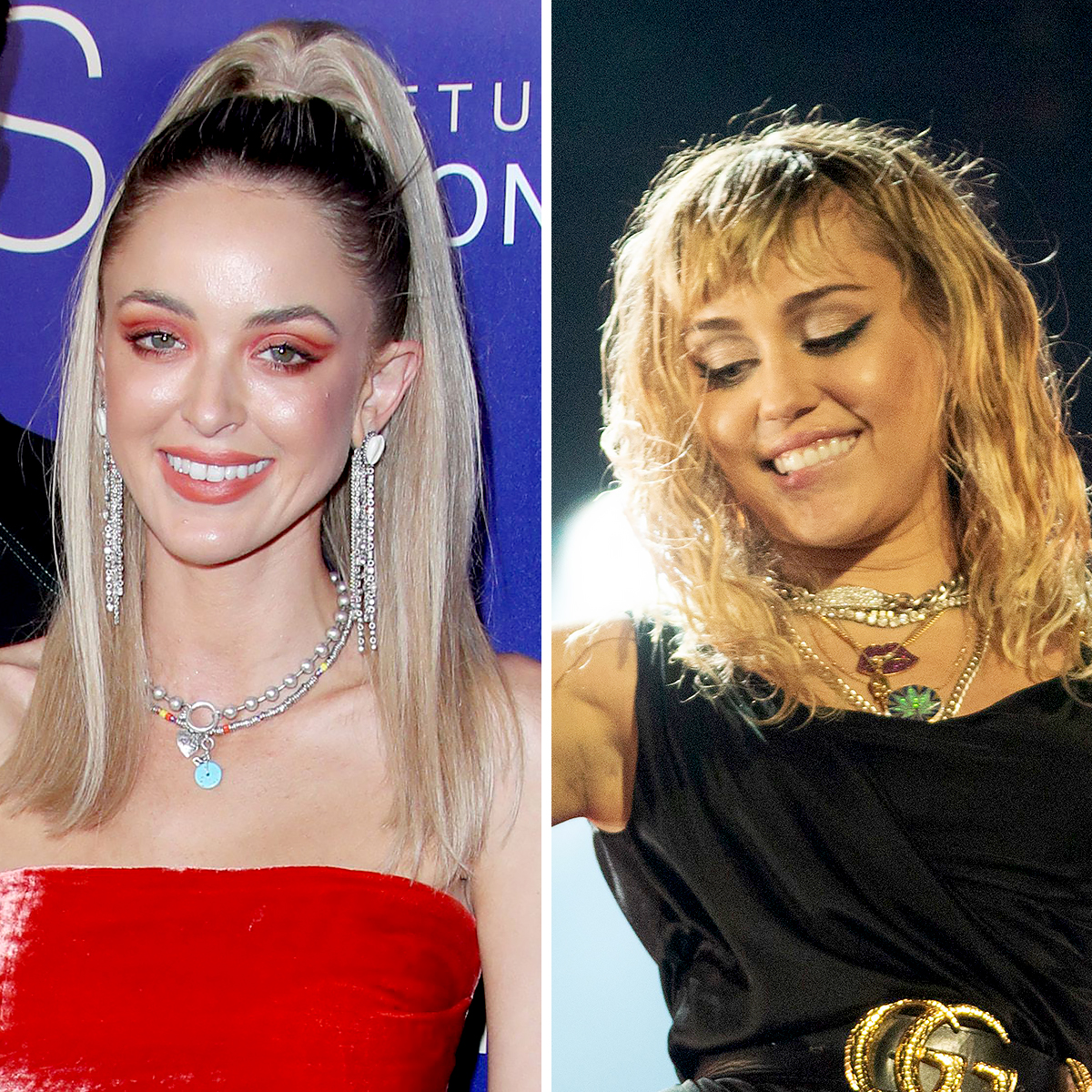 Cyrus is set to perform her new single “Slide Away” at this year’s VMAs, which will be her first televised performance since her split with husband Liam Hemsworth, 29, on August 10. Though the former Disney Channel star hasn’t confirmed the inspiration behind “Slide Away,” many believe the song to be about her breakup with Hemsworth, who filed for divorce from Cyrus after almost eight months of marriage on August 21.

A day before Us confirmed Cyrus and Hemsworth’s breakup, the “Malibu” songstress was photographed kissing Carter on a vacation in Italy on August 9. The makeout also came a week after Us reported that the blogger and Brody Jenner had split one year after their wedding in Indonesia. Despite the nuptials, Carter and Jenner weren’t legally married because they never obtained a marriage license in the U.S.

A source told Us earlier this month that Carter and Cyrus bonded over their recent splits.

“Her and Miley became close within the past few weeks because they connected over their breakups and leaned on each other,” the source said.

Though the romance is still new, a second insider told Us that the women have an instant connection.

“Kaitlynn and Miley are so into each other and attracted to each other,” the source said. “They’re having a lot of fun together and love spending time together.”